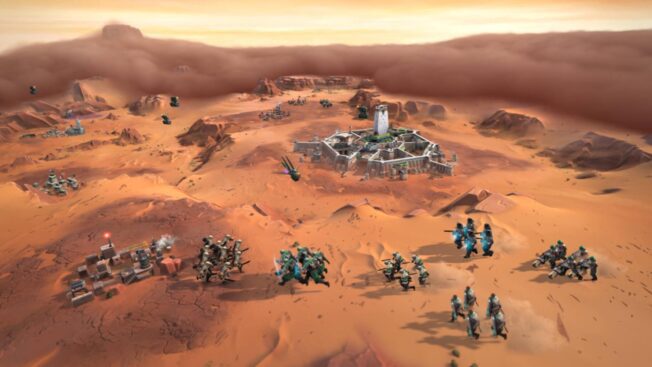 The developer studio Shiro Games serves a real niche and very successfully. If we take a look at the player repertoire, we hardly find a title that players have not reported positively on in the past. And the press is also quite enthusiastic about the RTS and 4X games.

Over time, a real fan base was able to gather around the studio. Have you tried any of the studio’s titles before?

While some all day Crusader Kings III gamble and pretend to be a hobby emperor and the others prefer to be in Cities: Skylines try as an architect, the next one is already waiting 4X RTS to the gaming community: Dune: Spice Wars.

Dune: Spice Wars is in one right early Early Access statusbecause the title has only been up since the end of April 2022 Steam available.

So far, this has been noticeable in the missing multiplayer mode, among other things. The reviews are at the current time nonetheless “Very positive”, which received 3,725 votes sounds pretty convincing.

It’s just stupid that we’ve been no online games could unsubscribe and had to completely do without a multiplayer mode until the end.

However, that will now change. Shiro Games has just confirmed that the multiplayer mode will be integrated shortly in June 2022. Then it can finally really start!

Player teamwork plays a central role in this. A total of four players can take part in a game Free-for-all matches or 2v2 matches. Of course, Shiro Games also offers one co-op mode in which you against the AI fights So you can grab a buddy and compete against the computer together – a game that’s popular in the community.

On top of that, a so-called synergy system worked. That does what synergies do. In this case, the positive interaction refers to individual factions. If you certain factions together selects, there are different advantages.

This makes sense especially if you decide together which ones to play in multiplayer advantages you value and what may even be good for you common strategy would. So talk to each other well!

There are “a multitude of possibilities” in this regard, but Shiro Games does not go into detail yet.

The real-time strategy game with 4X bonds and Dune theme could remain on the road to success, even if some things will certainly change before the final release.

But how do you see it? Do you have a special request that you are currently missing in Dune: Spice Wars? Or are you perfectly happy? Write it in the comments and discuss it with us!