There are questions in life that can probably never be fully answered. What is the meaning of our existence? Where are we from? Where do we go someday when it’s all over? And can Nicolas Cage actually act or is the guy just completely insane? Seriously, how can one person have 116 acting credits and not shy away from any genre? This is crazy! And then there are the odd things like that funky remake of The Wicker Man from 2006 or the Ghostrider films from Marvel. Or … or its iconic and such an exaggerated performance in Vampire’s Kiss – who does that?

But there are also a bunch of great films that easily rank among the best films of recent years. Among them are a particularly large number of indie hits, such as the excellent Pig or Mandy, the heavy metal film in its purest form. It’s also worth mentioning that there is hardly an acting talent in Hollywood who has worked with as many greats as Nicolas Cage. Brian De Palma, the Coen brothers, Martin Scorsese, Werner Herzog, Francis Ford Coppola, Charlie Kaufman, Spike Jonze, Amy Heckerling, Ridley Scott, John Woo, Sion Sono… the list is extremely long and leaves the actor’s point of view only a few wishes open. With whom, according to his own statement, would he still like to work? Find out in the podcast!

The world is divided: What should we make of Nicolas Cage? Is he an actor who never quite hits the tonality of his role or a pioneer who stirs up stiff Hollywood with surreal acting?”/>

The world is divided: So what should one think of Nicolas Cage? Is he an actor who never quite hits the tonality of his role or a pioneer who stirs up stiff Hollywood with surreal acting?

The iconic actor, who has spawned thousands of internet memes alongside countless classics, is now bringing the meta-movie The Unbearable Weight of Massive Talent (info and trailer) to cinemas. Our two editors Maci Naeem Cheema and Chris Fussy chat, discuss and philosophize about the interesting career of the actor. In addition, there are voices from the editorial team (Lukas the Nintendo podcast host, play podcast moderator Chris D., community manager Toni and editor Michi) who also share their opinion on Nic Cage. Of course, we’re also curious to hear what you think of the actor, what your favorite films are and which ones you don’t like at all. Tell us your opinions, criticism and praise in the comments. 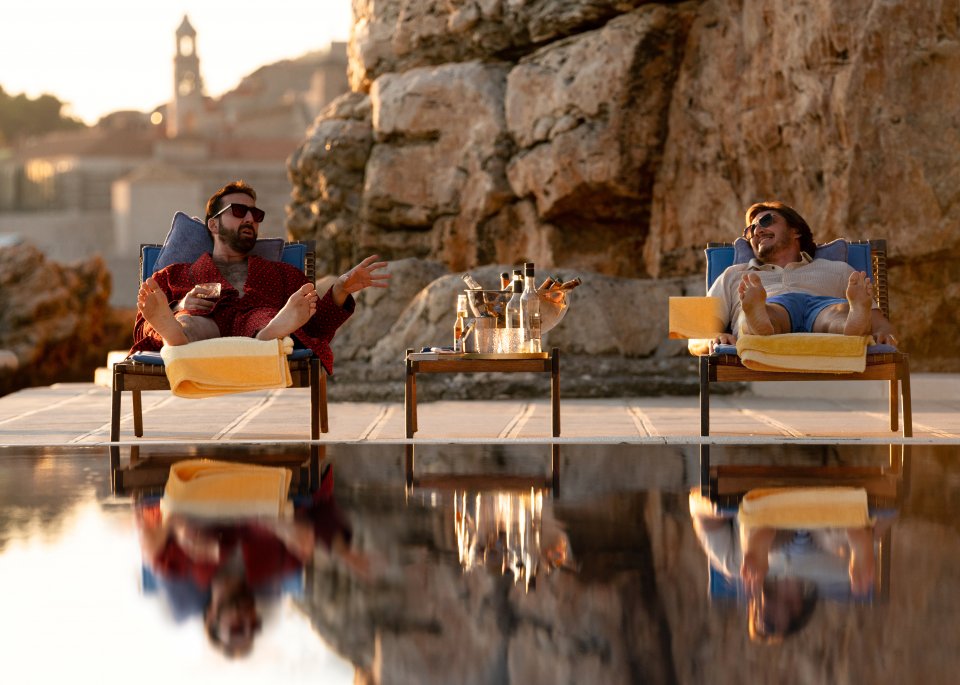 The Unbearable Weight of Massive Talent: Nicolas Cage crowns the internet cult that has surrounded him for years and plays himself as an actor in debt who experiences a very special weekend with Pedro Pascal (The Mandalorian).

Finally, we recommend our Sennheiser competition. You have the chance to win headphones worth 160 euros for the theatrical release of the horror film The Black Phone by Doctor Strange director Scott Derrickson. Participate!

Film reviews of current cinema films:
Jurassic World: A New Age in Movie Criticism: Boring to death
Top Gun 2: Maverick Movie Review: An unexpectedly great action film for the cinema
King Richard in the film review: Two legends and one man – a manipulative biopic
Everything, Everywhere, All at Once: The mother of all films

To protect your personal data, the connection to RauteMusik has been blocked. Click Load Stream to unblock RauteMusik. By loading the stream, you accept the privacy policy of audiocon (RauteMusik GmbH). More information on data protection from RauteMusik GmbH can be found in the Data protection.

Note: If you don’t see a player with the podcast episode at this point, please allow third-party cookies.

General information about home cinema can be found via this link. If you would like an additional look behind the scenes or would like to exchange ideas with Maci, Chris and the community, we recommend taking a look at Facebook, Twitter or Instagram – you will not regret it. One final pro tip: Whether it’s on Spotify, Apple Podcasts or any other platform (listed below), subscribe to the Heim Kino podcast to stay up-to-date on new episodes or special editions. Do you have feedback, criticism, requests or suggestions? Feel free to write to us on the various social media channels, in the comment sections on our websites or by email to [email protected] Have fun with the new episode!