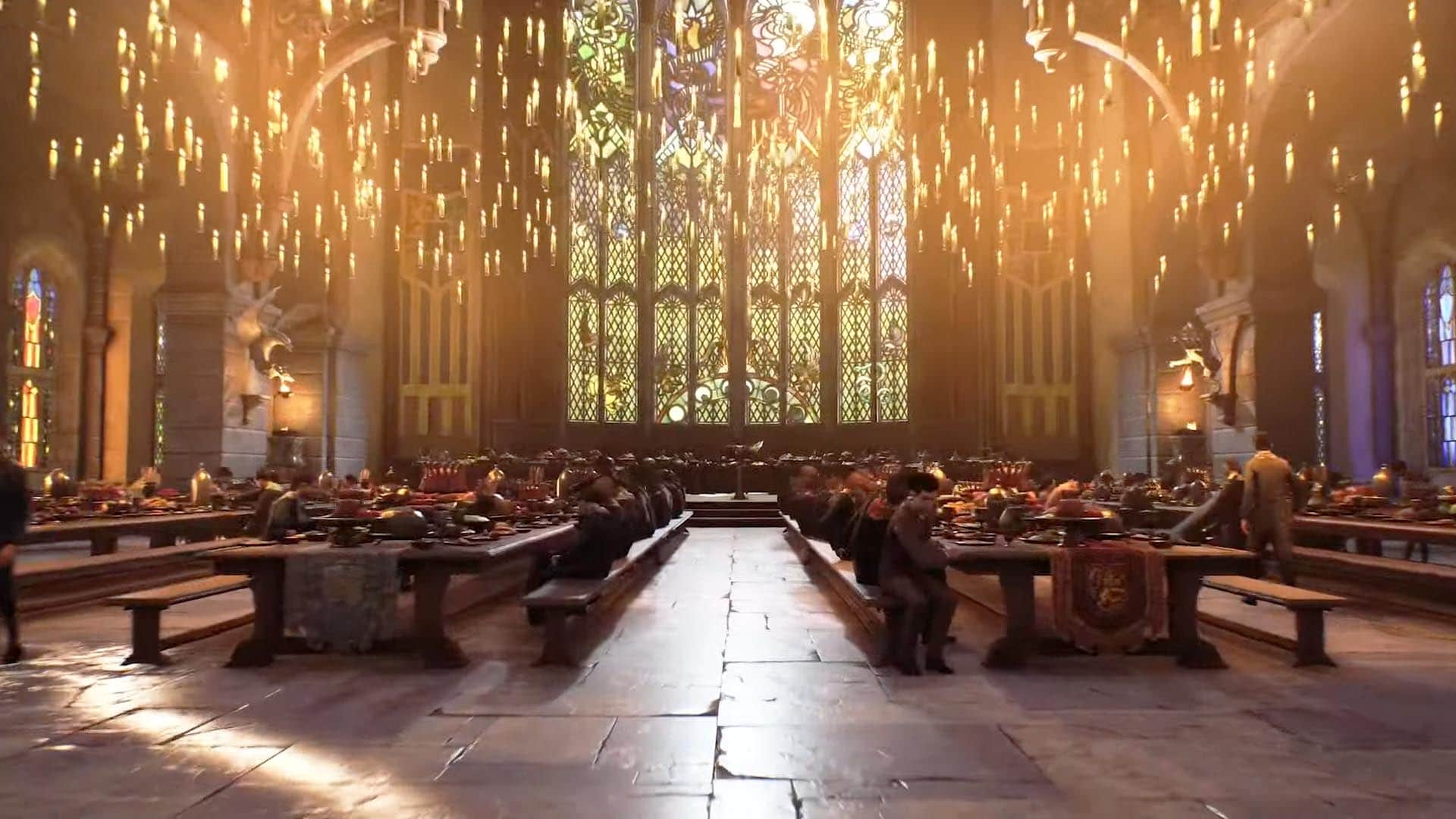 The gameplay too Hogwarts legacy has revealed many exciting locations not seen in previous Harry Potter games or films. Contrary to what the name of the game might suggest, players will much more than just the eponymous school for witchcraft and wizardry. We have all the locations shown so far from the State of Play– Trailer summarized for you.

The iconic big hall will surely be one of the highlights in the game. The developers managed to keep the hall recognizable. She seemed big and full of life in the presentation. As in the books and movies, the character becomes the player there sorted into one of the houses. And beyond that, our path will hopefully lead us to the big hall again and again.

Of course, it is obvious that in the game we will primarily visit the castle of the famous school of witchcraft and wizardry. And we won’t just be walking through the aisles. The devs of WB Games Avalanche promised at the State of Play presentation that the school would be fuller secret rooms, dungeons and secret passages will be, just waiting to be discovered.

But even beyond the secrets, there will be a lot to discover. Some locations will look familiar to fans from the movies. Others, on the other hand, have so far only been read in books. For example, in the game we will be able to visit the iconic classrooms at school (to study hard, of course).

The room for Defense Against the Dark Arts definitely looks very familiar in the trailer and is very reminiscent of the design of the classroom from the films and previous games. That too Potions Classroom in the dungeons of the school, the Greenhouses for herbalism and the classrooms for magic arts or transformation give a quick idea of ​​the type of teaching that takes place there.

This will definitely be new History of Magic classroom be. This compulsory subject was previously only available in books and was not addressed in the films. In the State of Play trailer it can be seen that the Ghost of Professor Binns leading to the lesson. According to the Harry Potter books, he has taught the subject for generations and continued to do so even after his death. In any case, it’s nice to see a ‘familiar’ face at Hogwarts even in the 18th century.

But the classrooms will probably be much more exciting than the classrooms common areas of the individual Hogwarts houses. Not even Harry Potter himself was able to catch a glimpse of all of them in the books in his day. In the movies and previous games we only got Gryffindor– and Slytherin-Common areas to see. A full visual representation of the rooms of the other remaining houses has so far been denied.

In Hogwarts Legacy we will visit all four be able. The trailer has already shown it: This time players will not only see the Gryffindor common room high up on the seventh floor of the castle or the Slytherin common room down in the dungeons, but also the cozy one Hufflepuff’s room and the sprawling Ravenclaw room in one of the towers of the castle. So far, however, it is not known whether the players can only enter their own common room according to their Hogwarts house.

Another location in the castle that hasn’t appeared in the movies before and has been sorely missed by fans is the school kitchen. All the delicacies that magically end up on the tables in the great hall are prepared there. One Host of house elves cook there day in, day out The action-adventure will also let the main character in on his exploration tours through the castle.

Attentive fans will probably have quickly recognized the bathroom shown in the trailer. This is about that Prefect’s bath, which Harry visited in his fourth year to solve the riddle of the golden egg for the Triwizard Tournament. It is large and obviously invites you to take a relaxing bubble bath. Of course, the developers have that too enchanted image of a mermaid do not forget.

Of the room of desires was an important place from the fifth “Harry Potter” volume, providing the students with everything they needed. This will also be the case in the new role-playing game, because the main character unexpectedly, his school career does not start until the fifth year of school. And since there is a lot of catching up to do, the secret room provides the players with all the necessary gimmicks to reach the level of their peers. We have summarized how the room works for you here: 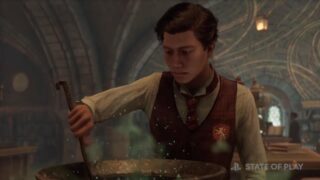 Hogwarts Legacy: How the Room of Requirement works

Anyone wishing to improve their magical skills knows that a good book of knowledge can be the key to success. That’s why she’s allowed to school library are not missing in our training to become a witch or magician. According to the trailer, we’re not even going to visit the forbidden department come around, which holds many a dangerous curse on the pages of the books in it.

The adventures that we can live in the Wizarding World in this single player game don’t stop at the threshold of the castle. Because what would a Wizarding World be without a large, open world? The developers of the game probably also asked themselves this question and gave “Hogwarts Legacy” an open world with many other places to discover.

The Forbidden Forest and the Great Lake

The school of witchcraft and wizardry adjoins in its lands the forbidden forest and the big lake. We can expect to be able to visit both in-game, as the developers indicated in the State of Play that the world of Hogwarts Legacy will stretch far beyond that. The only question is which dangerous creatures will be lurking in the forest or in the lake?

Hogsmeade is not far from the school and is particularly popular with students and is known from books and films. In the role-playing game becomes the main character visit the villageto buy useful items in the various shops. Hopefully it will also be possible in the Three brooms stop in for a butterbeer. In any case, the trailer showed that the main character named another pub boar head visited, it shouldn’t be far to the “Three Broomsticks”. It also became the attached one Hogsmeade railway station shown at which the students with the Hogwarts Express arrive.

Surroundings of Hogwarts and Hogsmeade

But the castle and the village are not the end of the story. Outside of both places a wide world stretches out full of secrets. Unique small settlements populate the country and its inhabitants have their own stories to tell, which are sometimes coupled with tasks for the players. In addition, it will also be there like in the castle hidden dungeons and magical puzzles give.

We have a very brief look at that in the trailer Cave system below the wizarding bank of Gringotts can catch. The main character drives through the tunnel in one of the carts on the roller coaster-like track system. So it can be assumed that we will have to visit the well-known bank during the story, if only for a few galleons to take off. 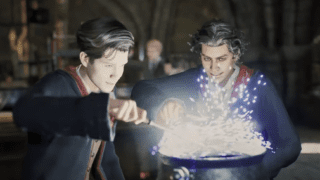 Hogwarts Legacy: Like Hermione & Ron: Can We Make Friends of Our Own?

These are the previously known locations that could be seen in the “State of Play” video. There will certainly be a few more to come before the game is released in winter 2022. Because there are so many more iconic places in the world of “Harry Potter” that want to be visited.

Which of the places would you most like to visit right away? Feel free to tell us in the comments!