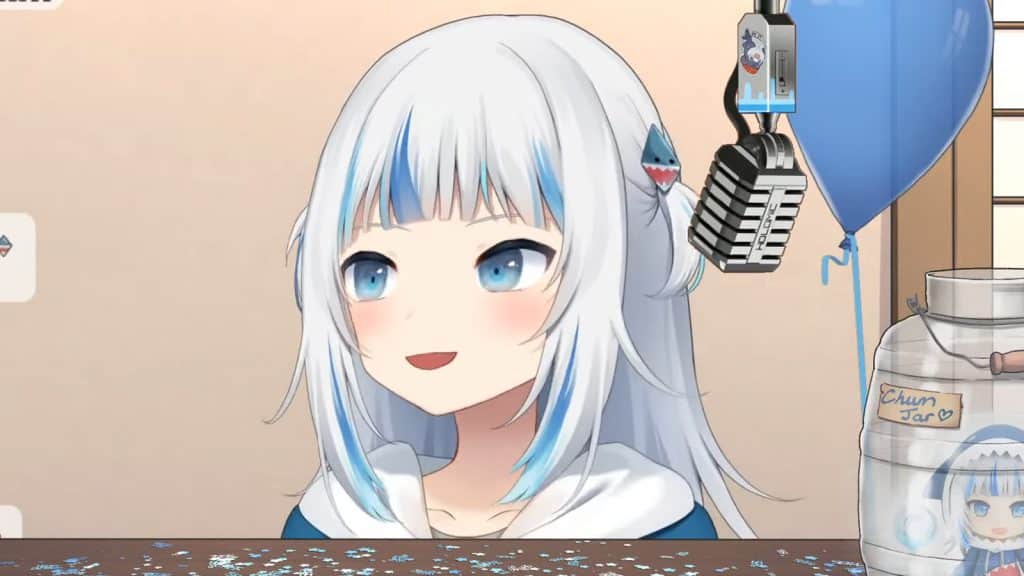 Hololive’s resident cat shark, Gawr Gura, continues to pioneer the VTuber community, breaking even more records in his continued ascent. Gura is the first VTuber to surpass 4 million YouTube subscribers, and there are no signs of slowing down.

Nearly 12 months after Gawr Gura became YouTube’s biggest VTuber ⁠, surpassing the mother of all virtual artists Kizuna AI ⁠, the Hololive star has broken another record in the space.

Gura is now the first VTuber to break 4 million YouTube subscribersreaching the historic milestone on June 16. It comes less than two years after its debut, and its growth shows no signs of slowing down.

The cat shark’s rapid rise up the YouTube rankings is almost indisputable. She reached a million subscribers in just over a month after her debut (39 days to be precise) and has continued to grow ever since as the face of VTubing.

However, there are some competitors who are coming for your title. NIJISANJI’s Hyakumentenbara Salome recently broke Gura’s record for the fastest VTuber to 1 million subscribers, with the ‘million point lady’ doing it in just 13 days.

That said, however, there is still clear daylight between Gura and other VTubers. Hololive’s next hottest star, Mori Calliope, just broke 2 million subscribers. Kizuna AI is still in second place overall with just over 3 million subscribers, but is currently on hiatus.

There is still a lot to come in the future for Gawr Gura as well. With his recent 3D debut on stage and the rapid expansion of Hololive, the cat shark has plenty more going on for fans.