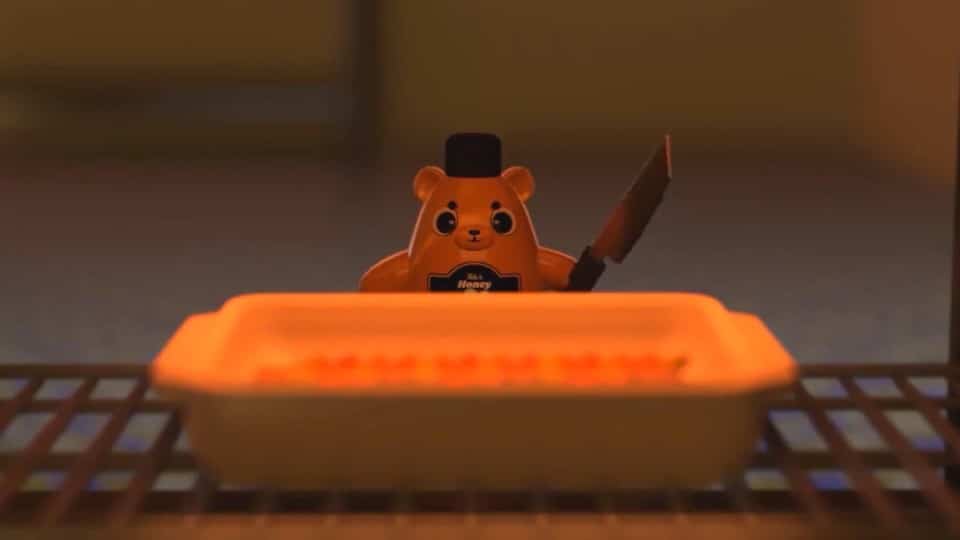 This cooking bear awaits us in Little Bear Chef.

What would you say if we told you that 2023 will see a title where you can take on the role of a tiny bear who cooks dishes? And what do you say when we then explain to you that this bear is actually not a real bear, but a bear-shaped honey bottle? Well, we were surprised too. That’s exactly why we don’t want to withhold Little Bear Chef from you.

It’s all about this: Showcases like the Future Game Show were packed with space horror. The Wholesome Direct, on the other hand, is about showing charming indie games in which we don’t have to shoot our way through alien slobs, but in which things are more peaceful. For example, with a tiny bear, grinning meanly and waiting for a lasagna with a well-sharpened knife. Ah…

are you confused We’re a little too, but other than that we’re pretty excited about this game. You can get a first impression in the trailer: 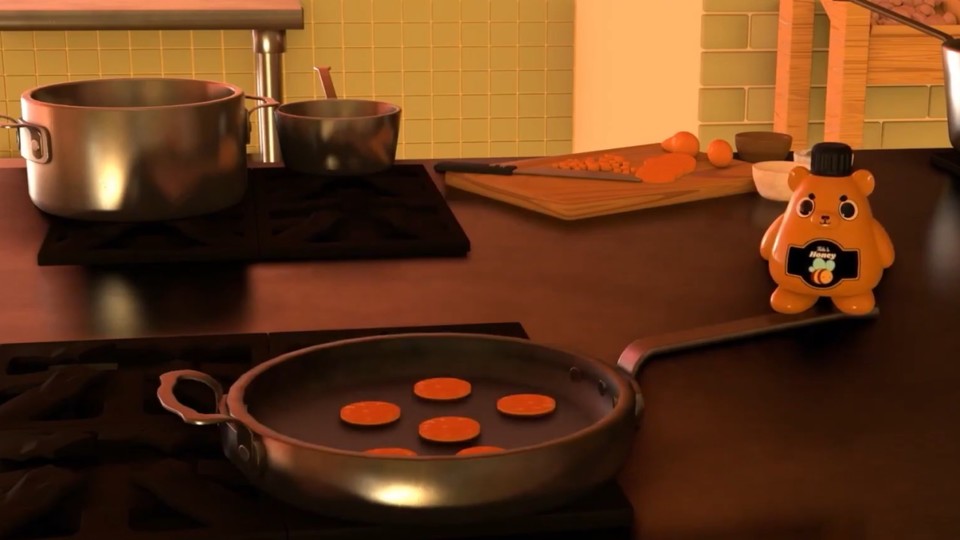 What kind of bear is this? You’ve probably seen those plastic bottles of honey or syrup that, in addition to being sweet in content, also have a cute appearance to attract kids or other sweet tooths. That’s what our bear is about. Its little hat is actually a lid. Why he came to life and is now cooking is not clear from the trailer. But in any case, he has to work in a normal, large kitchen.

Here are more game presentations as part of FYNG (Find Your Next Game):

This is how the little bear cooks: We see him jump on the meat grinder handle to operate it or on the handle of the pan to turn its contents. He also drags a mushroom around. This is accompanied by relaxed piano music. But this stops for a moment, namely when the bear stares at the lasagne, his brows nasty raised. That’s a little creepy.

Maybe not just wholesome after all? The trailer doesn’t reveal exactly what the game mechanics look like – apart from the fact that we have to try to cook something delicious. There is also little to guess from a story, but the short moment with the lasagne could mean that a little black humor is wasted. We can be excited.

What do you think of the trailer – and the bear? Do you find him cute or rather scary?