LoL: Leak probably reveals skills from the next champion – Will be a short-range AD carry 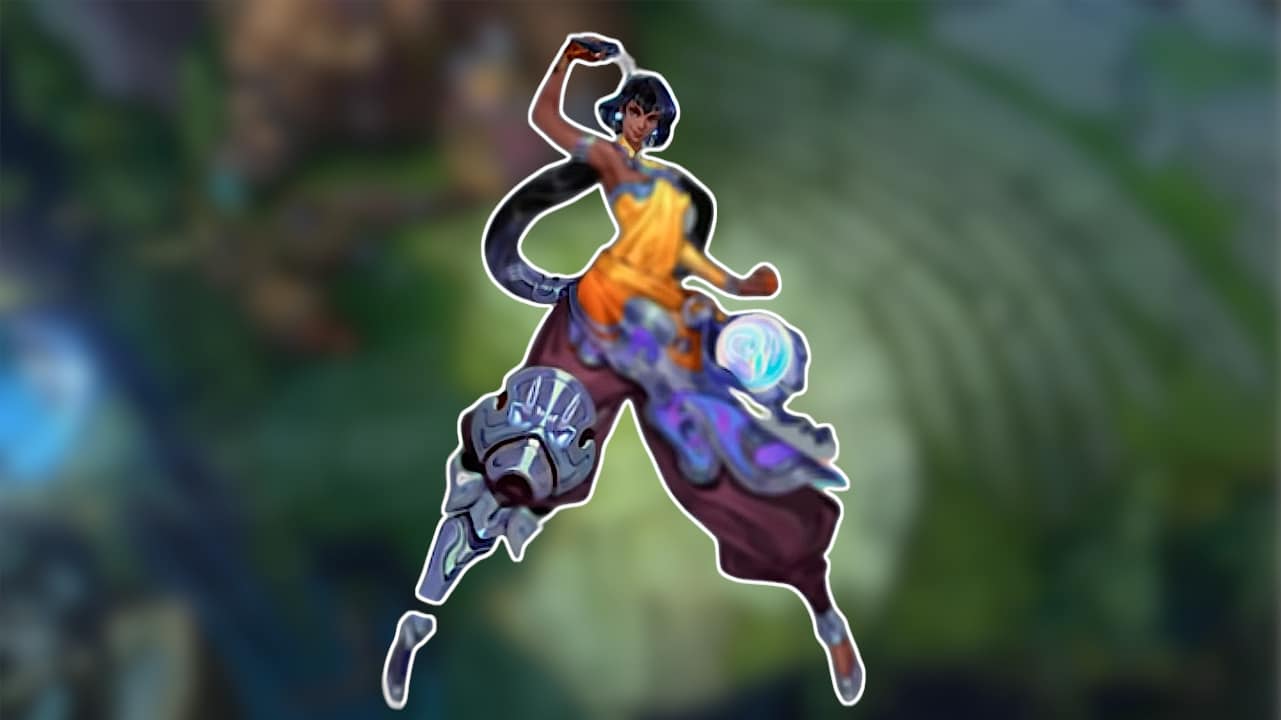 Although a new champion was released in League of Legends just a few days ago, Bel’Veth, all eyes are already on the next hero. According to Riot Games, this should become a “non-traditional AD carry”. A leak now introduces Nilah and her skills in more detail.

What does the leak say? For a few weeks there has been speculation about what kind of champion the next AD carry will be. Riot itself already revealed that the next botlaner will be a “colorful but deadly stranger”. Fog and water are said to play a role. In addition, it should not become a classic AD carry.

As early as April, the YouTuber Ryscu reported on an AD-Carry that will become a kind of “short-range water Yasuo” (via YouTube).

Since June 14th, there have also been a number of tweets and messages sharing the skill set and concept art of Nilah, the likely new champion. Ryscu’s descriptions fit that, as does the statement that she’ll be an unusual AD carry.

Nilah is supposed to be a kind of melee ADC

What skills should the new champion have? Nilah is meant to be a short-range ranged fighter. She can attack at a range of 400, which is roughly the range of Urgot and slightly less than Graves (425). For comparison: Classic AD carries usually reach a range of 525 (Jinx, Kai’Sa Kalista) to 650 (Caitlyn and Aphelios).

See also  Elden Ring: How To Use The Smithing Table

Nilah’s attack speed is meant to be low, but her passive increases it with each hit (up to 6 stacks). Further hits beyond the 6 stacks then generate bonus damage.

With her ultimate, Nilah creates an arena that lasts for 7 seconds or until she exits it herself. Nilah hits every enemy in the arena regardless of range, gaining bonus movement speed and ignoring collisions. Enemies trying to leave the arena are thrown back into the middle (once per enemy). The arena serves as terrain for your “W” or “E”.

What is noticeable? Nilah’s “E” is very reminiscent of an ability that was originally intended for Gwen but was dropped during development. That’s not uncommon, however, as the champion Jhin was also created primarily from abilities that were dropped from Kindred.

See also  Fortnite is really popular again on Twitch - does Ninja benefit from it too?

Nilah sounds interesting, but not as an ADC

What are the reactions to the leak? Very mixed. On the one hand, many players find the concept of Nilah very interesting. Many players would like to try out the whip in particular.

However, many have concerns about Nilah’s position. You don’t necessarily expect them to AD carry in the bot lane, but rather see them as a mid laner, top laner, or possibly even a support using slows and the whip to prime enemies for the AD carry.

Some also fear that Nilah could become some kind of new Yasuo or Yone. Both are not popular in the community because they are often not fun to play against – even if they are not overly strong according to the statistics.

What do you think of Nilah and her skills? Would you like such a champion?

Nilah would also be another female champion, which has recently led to discussions. However, one developer explains why so many female heroes are appearing right now:

97% of all female players in LoL only use female champions: “If we bring a man, we let them down”