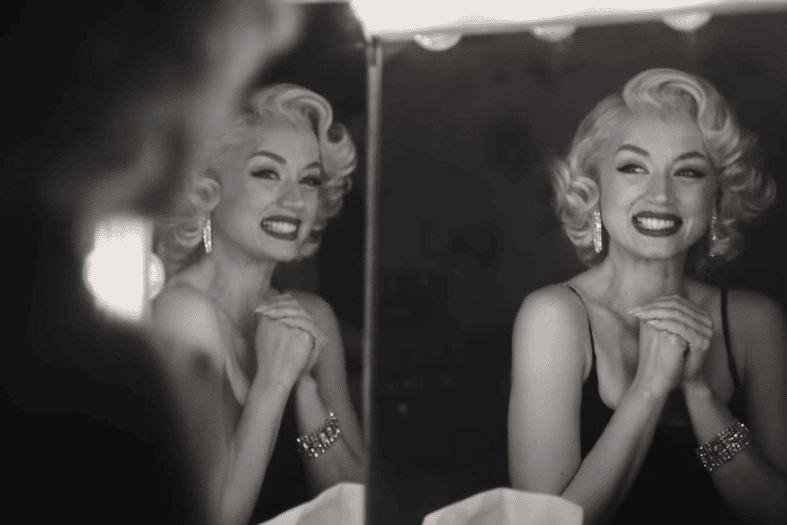 Netflix has released a new trailer for its first NC-17 original movie, Blonde, starring Ana de Armas as Marilyn Monroe. The film is based on the novel by Joyce Carol Oates and deals with the public and private life of the star.

Blonde is not a traditional biopic, as the film will blur the lines between fact and fiction, Netflix said. It tells the story of how a woman, Norma Jeane Baker, became the incredibly popular celebrity Marilyn Monroe in the 1950s and 1960s.

of Arms said in a netflix interview that director Andrew Dominik (The Assassination of Jesse James) wanted to make a movie that would allow people to see both Marilyn and Norma Jeane. “I found her to be the most daring, unapologetic, feminist version of her story that I had ever seen,” he said.

Dominik said that Monroe is a “deeply traumatized” person and that Blonde will look deeper into Norma Jeane to come to terms with herself and her character, Marilyn. This duality is “both the armor of her and what threatens to consume her,” Dominik said.

Blonde will present a performance of Monroe’s real-life rendition of “Diamonds Are a Girl’s Best Friend” from the 1953 film Gentlemen Prefer Blondes. She will also take great creative liberties and feature characters based on historical figures and “amalgamations of people she might have known.”

de Armas also spoke about the efforts she, Dominik, and the rest of the creative team put into creating Blonde. “We worked on this movie for hours, every day for almost a year,” de Armas said. “Each scene is inspired by an existing photograph. We wanted to tell the human side of her story. Fame is what made Marilyn the most visible person in the world, but it also made Norma the most invisible.”

de Armas underwent a significant physical transformation to play Monroe, which included nearly three hours of hair and makeup every day of the film’s 47-day shoot.

Blonde is rated NC-17, making it the first Netflix original movie to have that rating. Dominik said that people perceive him as “provocative”, but that is not his intention. “I’m just trying to make it as clear as I can. My ambition is to make you fall in love with Marilyn,” he said.

Dominik previously said that Blonde would “offend everyone” who saw it. Viewers can decide for themselves when Blonde arrives on Netflix on September 23.