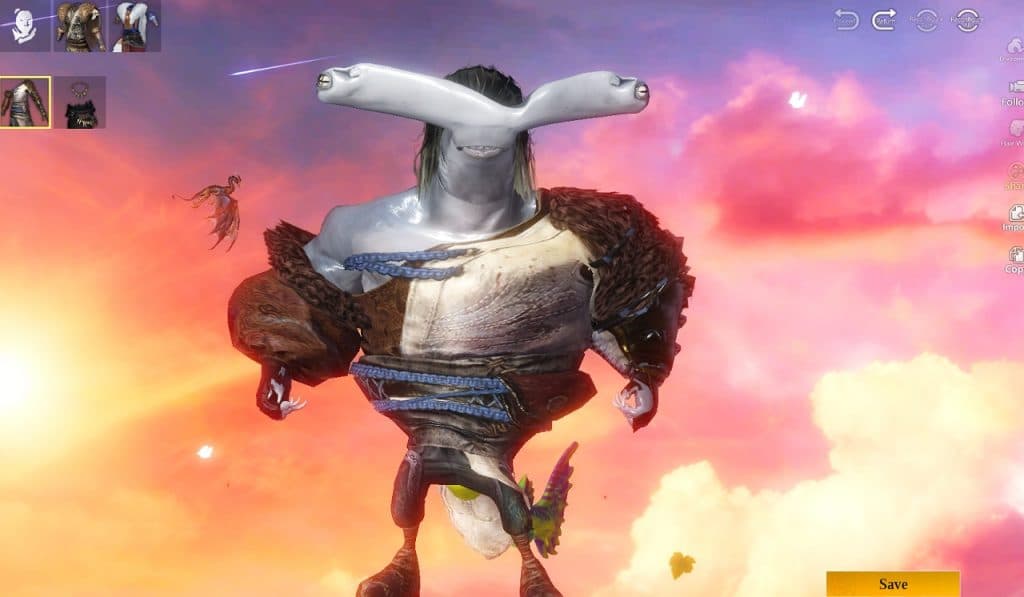 Chimeraland is a new MMORPG coming to PC, Android and iOS. As early as January 2022, we reported that a version had started in Malaysia that was also playable for us in the west. Now the game is finally getting its own western server and even a release on Steam.

What kind of game is this? Chimeraland is a Free2Play MMORPG that focuses on sandbox content. You should explore the game world, build your house anywhere and tame animals. However, the character editor causes a lot of excitement.

Because you can cross a human with a wide variety of animal species there, which can then result in an octopus, a bird, a rhinoceros or a panda bear on two legs. You can also color the animals in different colors and adjust their proportions and appearance to your liking.

You can see what can come out of the editor in this screenshot. I chose a shark, cornered it in the head, set the eyes as wide apart as possible, and made the legs as small as possible:

Apart from this editor, the game offers typical MMORPG fare:

The game is financed through a real-money shop with cosmetic content, XP buff, boxes with materials and automatic completion of daily quests, as well as a battle pass that can be bought.

When is the game coming to us? There is no concrete release date yet. However, the developers have now revealed that Chimeraland will be released in Europe, North America and on Steam in the summer.

You can pre-register now, and the more players that do, the more rewards there are. In addition, the developers are preparing for the release with a new trailer.

Is it worth downloading? It depends. I’ve had a lot of fun with the character editor and I definitely recommend it. The gameplay itself is more reminiscent of an indie survival MMO and can’t keep up with classic AAA games like WoW or ESO.

However, since the game is free, you don’t have much to lose other than a little time. However, you will only be able to play Chimeraland in English and not in German.

If you are waiting for a new, modern MMORPG in 2022, you will find it in this list: