PS5: is Sony working on a pro controller for PlayStation 5? 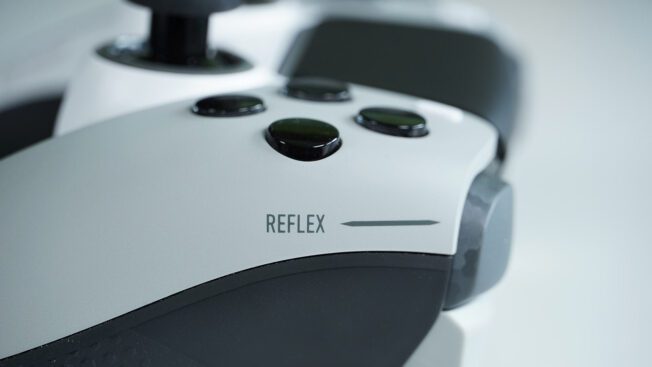 There are rumors that Sony is currently working on a Pro controller to the PS5 is working. This information comes from the well-known industry insider Tom Hendersonwho is considered to be very well connected and has published numerous leaks in the past, which ultimately turned out to be true.

In addition, Henderson received images of the alleged prototype. However, these were sent to him on the condition that they would not be published and that the source would remain anonymous.

Will Sony soon release a pro controller for PS5?

The general design of the DualSense controller should not change, but there will be some new functions. These include detachable analog sticks, trigger stops and Paddles for the back.

We’re guessing that Sony will follow a similar path to SCUF’s controller specialists. They just recently released the Pro-Controller SCUF Reflexwhich also has the listed features and can be customized in an extensive configurator. You can read our test of the SCUF Reflex here.

The PS5 Pro controller is said to have these features:

It also says that the PS5 Pro controller will receive notable software upgrades. So far, however, such a pro controller for the PS5 has not been officially announced by Sony. Therefore, you should treat this information with caution.

According to Henderson, the controller will be released “very soon”. Multiple sources assume that Sony will unveil several new hardware products later this month. It is unclear whether there is a new controller underneath.

Should Sony really plan such a controller, the price should be the decisive factor. Although the SCUF Reflex is already a very good controller for the PS5 with numerous useful features, it also has its price. In terms of price, Sony would have to find a good middle ground between the normal DualSense and a professional controller from SCUF in order to appeal to as large a target group as possible.