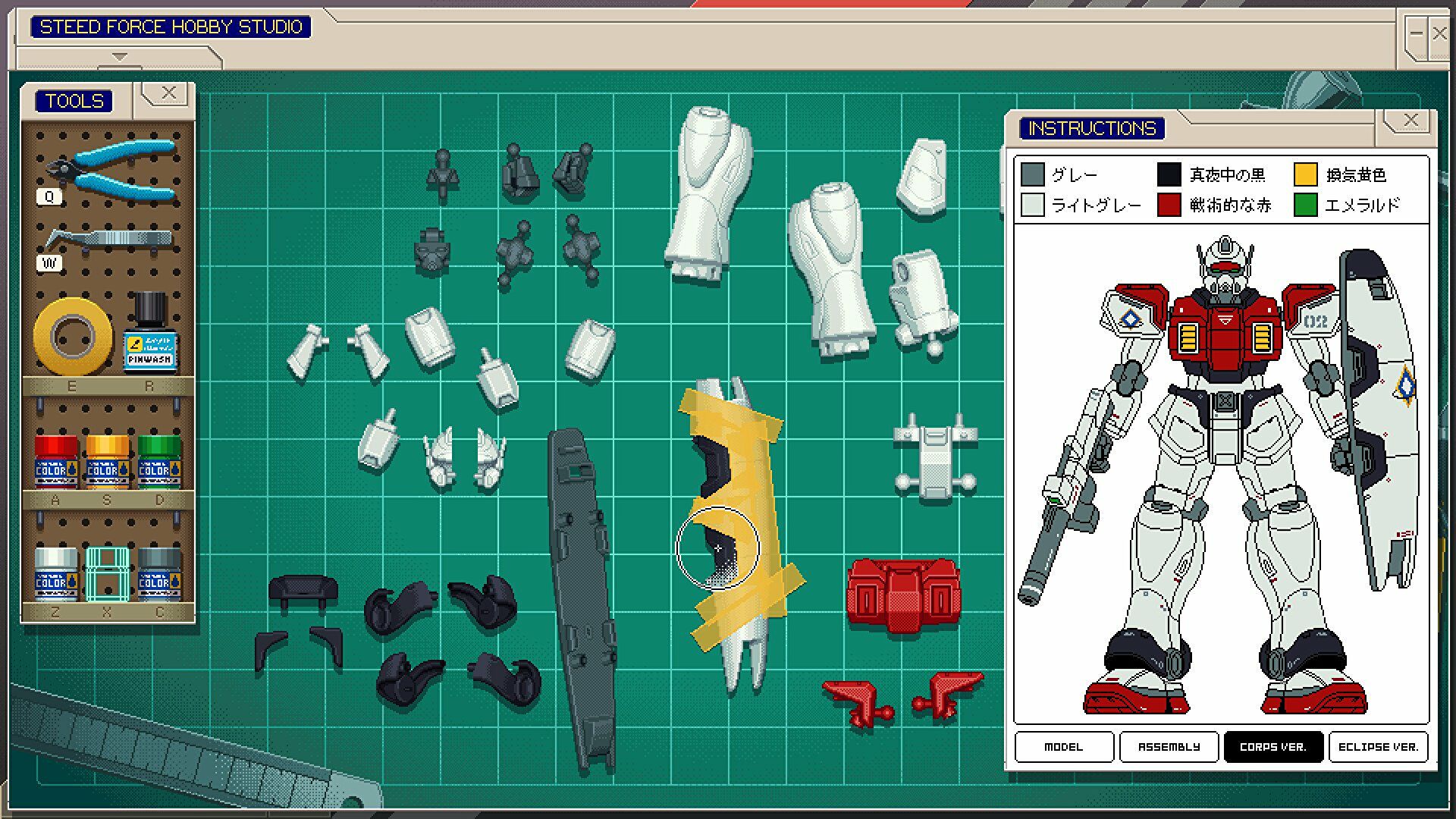 Infinifactory developers Zachtronics have revealed what they say is their last game, Last Call BBS. It’s a compilation of eight smaller games, some new and some reworked elements of previous games. These range from assembling Gundam-esque models to the tile-matching from Exapunks, now with an added single–player campaign. Of course, there’s two solitaire games thrown in for good measure too. Check out Zachtronics’ last hurrah in the trailer below.

The announcement that Last Call BBS would be Zachtronics final game was made on Twitter. Replying to commenters, the company explained that Last Call BBS is actually a compilation, but said that several of its component games were at least as sizeable as 2015’s programming-based puzzler TIS-100. The news led to an outpouring of thanks and sadness from Zachtronics fans – one tweeter even posted a GIF of legendary actor and procrastinator Bernard Cribbins openly weeping.

The founder and namesake of Zachtronics, Zach Barth, told TwilioQuest’s Press X To Learn Twitch stream earlier this year that the company’s upcoming game would be their last. Barth has landed a job teaching high school computer science, which is awesome of him, frankly, and explains the change in circumstances. Although Barth seems to have left full-time games development for now, that doesn’t mean that Zachtronics couldn’t continue without him or that Barth can’t develop solo. It does seem like, at least for the foreseeable future, this is their last game together though.

“I applied for a job and they came back to me, and it was like, exactly the school that I wanted to teach at and basically exactly what I want to teach,” Barth said on the stream. “Right now we’re working on a game at Zachtronics – it is the last Zachtronics game… I actually thought we would be done sooner, which is why I have another job now, but I’m actually doing both at the same time. ” You can listen to the part of the stream when Barth discusses the game and his new job herebut it’s worth going back to the start because it’s just an interesting conversation with the developer.

Barth has put the usual amount of effort into Last Call BBS, even designing a lovely 3D-printable version of the game’s fictional Sawayama Z5 Powerlance computer and sharing the specs. I’m secure enough in my own ineptitude to admit that I’m probably not savvy enough about programming to really get the most out of all of Zachtronics’ output, but they’ve undoubtedly compiled a bloody compelling range of work over the years.

Last Call BBS is releasing on Steam and Game Pass for PC on July 5th. You can see the full details of what’s included here. Thanks for all the fish, Zachtronics!