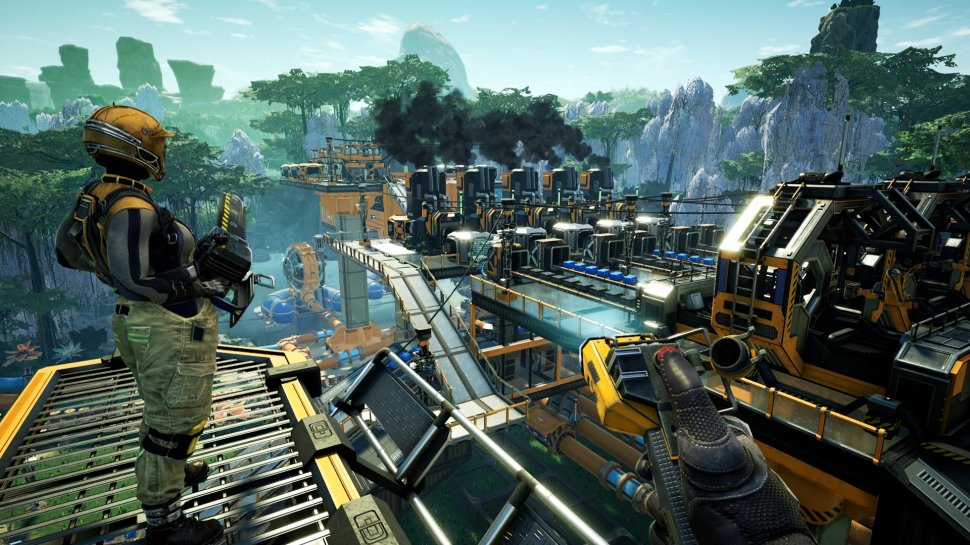 June 16, 2022 at 6:30 p.m
from Michael Miskulin –
Coffee Stain Studios has released update 6 for their factory building game on the Experimental server. Update 6 for Satisfactory includes world updates, gear changes, as well as many quality-of-life improvements, creature AI overhauls, and other fixes.

Update 6 of the factory building game Satisfactory has been released on the experimental server. The developers at Coffee Stain Studios recently announced this in a new blog post. However, the developers warn that many of the new features are not yet that far along in development. That’s why Update 6 will probably only start in Early Access after the end of summer.

Satisfactory 6: What’s in Update 6 on the Experimental Server?

The Spire Coast biome has received a total makeover so players will find a more engaging environment. The swamp also received an overhaul of vegetation and atmosphere. The entire world has also received improved day and night skies, as well as cloud and rainy weather.

When it comes to equipment, there are now different types of ammunition for long-range weapons, such as guided rifle ammunition or even a mini nuclear bomb. In order to add this ammunition to the tech tree, the developers redesigned it at the same time. Costs and the placement of individual technologies have thus changed. The team also added new gear slots for the head, body, back, and legs.

Mostly visual adjustments have been made to creatures. The Monster Crab Hatcher got a whole new look and the Spitter got a visual makeover too. Creature behavior has also been improved thanks to a new AI system. A warning for Update 6: With the new update, the developers have changed the save system behind the scenes, which means that the saves are no longer compatible with previous updates. For full, detailed patch notes, follow the link below.