Updated June 16, 2022: Fritz Meinecke has announced the potential contestants for 7 vs. Wild Season 2. They now have one week to respond to and accept the invitation. Which people should travel to a tropical island with the outdoor expert, we have summarized you here.

Updated June 15, 2022: It’s now officially known that there will be a wild card up for grabs for Season 2 of 7 vs. Wild. All information about this and how you can participate we explain to you in this post.

Updated June 14, 2022: In a recent video on YouTube, Fritz Meinecke has Season 2 of 7 vs. Wild not only officially announced, but also revealed the first information about the upcoming YouTube format.

Where will 7 vs. Wild Season 2 take place? During the first season in Sweden was produced, the contestants in the second season will be on a tropical island exposed. Fritz Meinecke justifies this step by saying that the new location is the exact opposite of Season 1. He speaks specifically of the typical Robinson Crusoe feeling. Such a location would probably be the first thing most people would imagine when it comes to survival.

Meinecke does not want to share the information in which country and on which island the format will ultimately take place with his community in the video. Such details will only be announced in the near future. However, those responsible were already on site and took a close look at the location together with a survival expert so that all participants could expect fair conditions.

When will Season 2 take place? Season 2 is scheduled to be produced in September and October, similar to what happened with Season 1 of 7 vs. Wild. The aim is that the broadcast in November and December 2022 will be held.

At the end of the video, Meinecke announced that there was a wildcard for 7 vs Wild. Information on this will be shared with the public shortly.

Check out the official Season 2 announcement of 7 vs. Wild here:

Original report from April 25, 2022: After very successful first season “7 vs. Wild”. Fritz Meineke regularly peppered with the question of when there will be one second season starts. In this amount we hold you over everything important about this project and summarize the most important information clearly.

At the first season 7 vs Wild became seven adventurous, more or less experienced, Attendees for seven days in the Swedish wilderness in different places exposed. You could advance seven things choose which ones they wanted to take with them in addition to their clothes. There was no food or water, both had to be found in the wilderness be collected. In addition there was every day a challenge to pass.

The one who lasts to the end and wins the most points in the challenges gets that Prize money of 10,000 euroswhich is donated to a good cause.

The idea for the format came from Fritz Meineke. The YouTuber loves survival training and regularly goes on exciting adventures around the world. On his YouTubechannel contains videos on various activities: desert crossingvarious equipments in the test, Lost Places and much more.

Meinecke initially wanted to take on such a challenge alone, but then the idea of ​​getting more people on board came up. From this is one successful video series become on YouTube.

“I love that shit. The original idea was that I would like to do it. […] Then the idea came about after that: It would be awesome if you brought in other people who could also experience it at the same time.”said Fritz Meinecke in one Interview at World Wide Living Room when asked why he took part himself.

Season 2: This is known so far

Directly in advance: There is a second season not yet officially confirmed. But there is a lot going on in the background workedso one can assume that a sequel is likely in planning is. “Actually, everything stands and falls with the location”, Fritz Meinecke expressed very clearly in a video. Everything else is just accessories and may be determined when the location for the challenge is finalized – and they are actively looking for it.

What is definitely certain is that it different than will be in the first season. In any case, some parameters should be screwed up for the second season just as exciting close. Things can be changed in various places: Participants, location, duration, equipment, setting.

Both participants For example, you could change the number you put them in teams instead of competing alone or comparing different levels of experience.

Another adjusting screw is the locationMeinecke wants it definitely change. Where exactly the second season will take place is not yet known. Fritz Meinecke’s team wants one in the near future possible environment visit to see if this is suitable for the experiment. 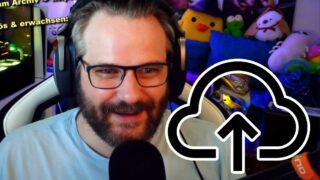 Gronkh really does have all of his 14,000 videos stored on servers and that eats up storage space

the duration could also be changed, with Fritz a week as the perfect period looks at He emphasized that you have to keep in mind that the people who participate are taking time off from their jobs and the event is therefore taking place not to infinity can be drawn.

Also the equipment could be adjusted. For example, there is the possibility that number of the items to be selected is changed.

Finally, it would be conceivable that the entire format something more like a video game is designed. Challenges attached to one Capture the flag mode remember or loot drops are just two of many ideas. Whether the whole thing would still have the same charm is another question.

What do you expect for the 2nd season 7 vs Wild before? Feel free to write us your wishes and ideas in the comments or discuss them in our forum.