You missed Goldeneye on the Xbox show? Then the Agent 64 demo is now playing 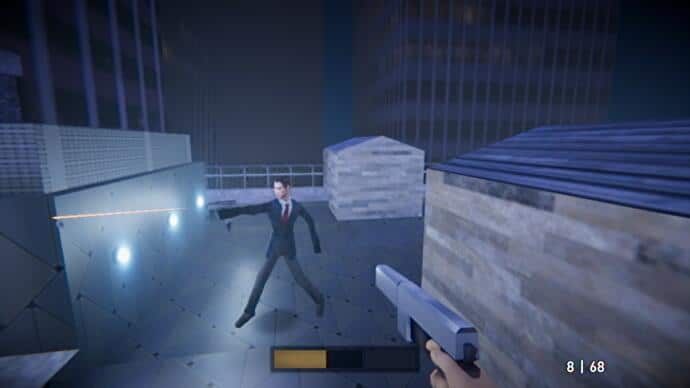 Interesting project, this Agent64. With the smug subtitle “Spies never die”, developer Replicant D6 is putting out a quasi-Goldeneye remaster even before Microsoft, as rumored, can bring back the original.

Just to be clear, this isn’t the kind of homage that studios full of retro fans like Wayforward with Shovel Knight regularly churn out with a lot of modern sensibility and only seemingly old technology. This is what would more commonly be called a clone. This starts with looking over the weapon, which you can aim independently of your sight by pulling the trigger. It continues through the different levels of difficulty that add additional objectives to a mission and doesn’t end with the tracking shot around the agent when the mission begins.

The opponents could also come one to one from Rare’s classic. Just their physiques, estimated at twenty polygons, the way they sometimes roll sideways to attack, and react to the agent’s movements with the reaction time of a decrepit Galapagos tortoise. This is 100 percent authentic N64 shooter feel.

And, oh god, I just realized how I could go on and on with this list. Many textures – I could swear – were strikingly similar to those in the Bond game or in Perfect Dark. This also applies to the flat light tiles with their washed-out lens flares. The way a window only shatters into big shards after two or three hits from the pistol. Or how the character reacts to being shot at with a strangely noisy panting. And did I mention the dithering filter, which makes the optics look suitably washed out? Not as washed out as the original, which is basically a very artful trick: Agent64 thus creates visual authenticity without too much offense to the eye or the game world that this virtual haze veils. Actually pretty smart!

To be honest, I’m still not entirely sure if the game is really good on its own – find that out using the Agent64 demo on Steam out with me! – but I’m kind of grateful for this cheeky look back at one of my old favorite games right now, and felt the time spent on the demo was well worth it.

I’ve made no secret of this in the past: I regret that more studios haven’t copied Goldeneye’s approach with a focus on replayability and modular missions. I’m not sure I needed a top-to-bottom reprint of this, I’d prefer an evolution of this idea. But in the absence of new Perfect Dark info and an actual Goldeneye remake, this is probably better than nothing I guess.

Try it out and tell me what you think.