Alt+F40: Tactical Breach Wizards reminds me why we would be dead without indie games 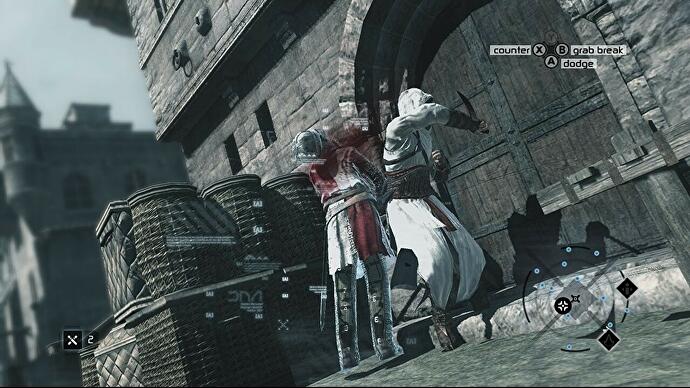 Hidiho! Last week I was still under The Quarry time pressure, which is why Alt+F40 had to sit out, but now it’s back to normal operation, after all “E3” is over, which is why I hope that the column will now return to a little regularity. Privately, not all walls have been painted yet. The one I plastered in the hallway needs to be primed first, but at least one of the painters in charge of the windows nodded approvingly in passing at Captain Kacka’s neat job.

I’m not sure if it was clever enough to already put the coat rack on this wall. But the clothes had to go somewhere. On the way to the day care center in the morning, the children got hopelessly entangled in the jackets and coats lying around in the hallway, like caterpillars that can’t get out of their cocoons. Many boxes are still unpacked (especially in the office, which is becoming the “bad room” of the house) and not all furniture has found its place or all places their furniture. It will probably remain a project for the rest of this year.

What have you planned for this year?

Stop me if I’ve already written about this. Or try and fail because I feel like it’s time to remind everyone. But wouldn’t we have long since come to an end if it weren’t for the shift of games into the digital realm from the mid-2000s and the associated triumph of small productions from Cave Story to Braid to today’s Shredder’s Revenge? By “we” I mean the games and the people who love them. And by “in the end”, I might not mean financially, but creatively and in terms of diversity.

Don’t get me wrong. The other way around – without the dazzling large-scale productions that reach an audience in the double-digit millions and now dare to do something again often enough – we would be in a pretty bad way. The market as a whole would shrink, and with it the advertising budgets, and with it the attention for the medium, whereupon the up-and-coming talent would also melt and the further development of hardware and software solutions would drag along more and more. Less eyes on the medium as a whole is always a bad thing, and of course indies in particular have benefited greatly from more accessible engines, development pipelines, and larger vendor platforms. It’s actually a very healthy symbiosis.

Why am I bringing up this old topic again? Three words: Tactical Breach Wizards. The new game by Gunpoint maker Tom Francis (Heat Signature was also great) already shows with the title and just a trailer a game that would have been unthinkable 15 years ago. Back then, megalomania was just setting in as video games were about to overtake the movie industry in sales. A fact we gamers (and magazines) would boast of in our youthful recklessness to game-disapproving relatives for years to come. So it made sense that the games would also look more and more like cinema blockbusters, because nothing else seemed to work at the time.

When publishers more or less dictated which projects would ever reach a wider audience, light-hearted, funny, and quirky ideas and concepts regularly got lost. And games that hid their entertainment value behind a little brainwork or weren’t entirely in keeping with the times. Games like Tactical Breach Wizards. Today it’s different and you get, if you want, a title where you control the fantasy equivalent of a SWAT team, staffed only by wizards, using the mother’s apartment as a safe house. A duo consisting of “Navy Seer” in desert camouflage, for example, and a “Freelance Stormwitch”, who comes in through the window with her broom, while both throw snappy jokes at each other.

With correspondingly strange abilities, it then goes into battle, which basically begins with a “breach” through one of several access points. In addition to the humorous presentation and wonderfully complementary talents that reward clever interaction between the magicians, I already love that you can apparently rewind every action. This shifts the whole thing away from iron-hard tactics in the direction of a puzzle game in which you see how to clear as many of the opposing team’s pieces from the “board” in one go.

The dialogues in between also exude a lot of quirky charm that a large marketing department would not have waved through a few years ago. For example, when Navy Seer Zan reminds his fellow witch Jen that you can’t “throw every problem in life out the window” – following the mechanic of using the knockback of many abilities in such a way that you hit an enemy from a great height in the death falls. But it also seems to be getting more creative, for example with a portal that you can open in a wall from which all-devouring tentacles then snap into the map or ghost cars full of skeletons that race across the map. In short: I love what I see there.

See also  Ron Bielecki: Interview with YouTuber about alcohol – “I am genetically blessed”

Over the years, Francis has proven himself to be a designer with a knack for smart, lively, and systemically satisfying mind games. Gunpoint in particular was one of those indie highlights of 2013 that you still think about years later. For me, therefore, he belongs in the same line of constant greats as the Kleis, Jonathan Blows, Team Meats and The Behemoth of this scene: Extraordinary voices that have brought this medium to a diversity that was not so well ordered in PS360 times. For this you can put a tick on the Steam wishlist do, I think.

The most important thing of the week week 24/2022, Alex Edition

In rotation: In Season 3 is theboys still insanely good! At the same time, I suspect this season of putting a too accurate kryptonite on the table against the brilliantly played nuthouse superman. And there are other solutions that are a little too easy to find. It’s still exciting without end and I’m already sad that there are only three episodes left. Neither Outer Range still night sky I’ve continued watching so far, but at the same time I was very disappointed that Wednesday episode 3 of Ms. Marvel was not due. That’s the catch with getting a pre-screener. Once you’ve seen it, you can wait longer than the rest for supplies. As for games, I’m with you Mario Strikers started, which I like a lot, even if I’m not sure yet if it’s still football. But what is football today? Just Rocket League actually.

Music tip of the week: Julia Jacklin – I was neon walks up and down here. It was clear that either this or the other pre-release track ‘Lydia wears a cross’ off the Australian’s forthcoming new LP Pre-Pleasure would be my pick of the week. These two songs sound a lot less like indie folk and the country twang of yesteryear hasn’t been heard either. Instead, there’s a modern, forward-moving head-rocking rock song with light QOTSA vibes, arranged in a modern way and with a relaxed drive. Unfortunately, the full album will not be released until the end of August.

Highlight of the week: There were a lot of highlights. After two years of procrastination, I finally have one pizza oven bought an Ooni Karu 12 for the garden, which works with various fuels, so that even in the event of a third world war you can still bake authentic Neapolitan pizza. If necessary, a leg of our oak bed has to serve. The first baking results were just so satisfying and showed me, above all, that I need to work on my dough skills and logistics again.

Besides Shredder’s Revenge, which Martin quite rightly praised, the Steam Next Fest is once again a wonderful safari through many, many new and great-looking games. I really enjoy it every time, just on suspicion, I can download a dozen or two titles and let myself be surprised. Cool things like Cult of the Lamb are often included. And if not, the experience was fresh and completely untouched in a game like ozark to go, still a cool thing. I don’t want to miss this event anymore. Tonight I’m watching Gloomwood, which seems like an unofficial Thief sequel using the old engine.

Center (!?) of the week: I have to say, Starfield is really on my mind, but maybe not in the way Bethesda would like. I like the size of the universe and that I can build my own spaceship. But the fact that they placed ore mining and finding a weapon in a treasure chest as the first playful highlights in their reveal still gives me a headache. Those are things I don’t have to wait for Bethesda to do. I can do them in three dozen other games now. I’m sure Starfield will reach a level of quality and scope that will reliably get its money’s worth. But I’m not convinced that a game that so visibly boils with water in detail can ultimately be more than just a more up-to-date version of Bethsoft’s previous works. I wish for a real restart.

Low point of the week: It happened: My wife kept her word and rationalized away an institution of Bohn’s household organization: The junk drawer. The place in the kitchen to store everything from rubber bands to full and empty button cells and bike keys that the lock (or bike) no longer exists for. There are items that just belong there from the start and nowhere else (the plastic part of that thingy you needed for you know!), and some belong there because they’ve been there for so long that they don’t serve their original purpose anymore White. Still, you don’t want to throw them away. Something would just be missing. Which is the case right now, because from now on our spices are in the drawer and it’s doing very strange things to me. Is this already a case for mediation or should I first secretly create a new hype drawer as a coping mechanism. Nobody needs to know…