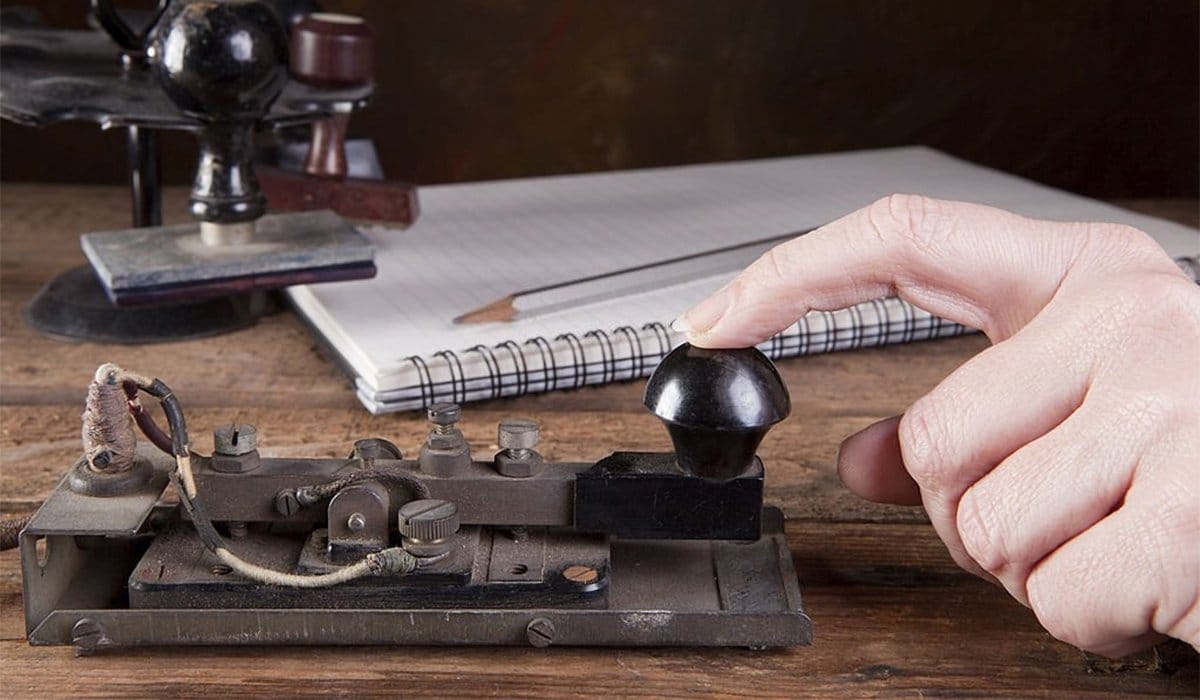 Send secret messages and communicate short or long distance by using the best apps to learn Morse code for iPhone.

The Morse code it’s a system to communicate in a coded way and that can be perceived at a short or long distance, consisting of a series of sequences in scores that can be appreciated by sound, written scores or light signals.

Thanks to various developers, today you can find a wide variety of applications to learn Morse code from the mobile. Below, you can see the best alternatives on the market.

We have compiled a list of best apps to learn morse code available for iPhone. With these apps you will get a alphabet over code symbolsalong with practice sections, games, and decoders that can convert Morse code to text or vice versa. 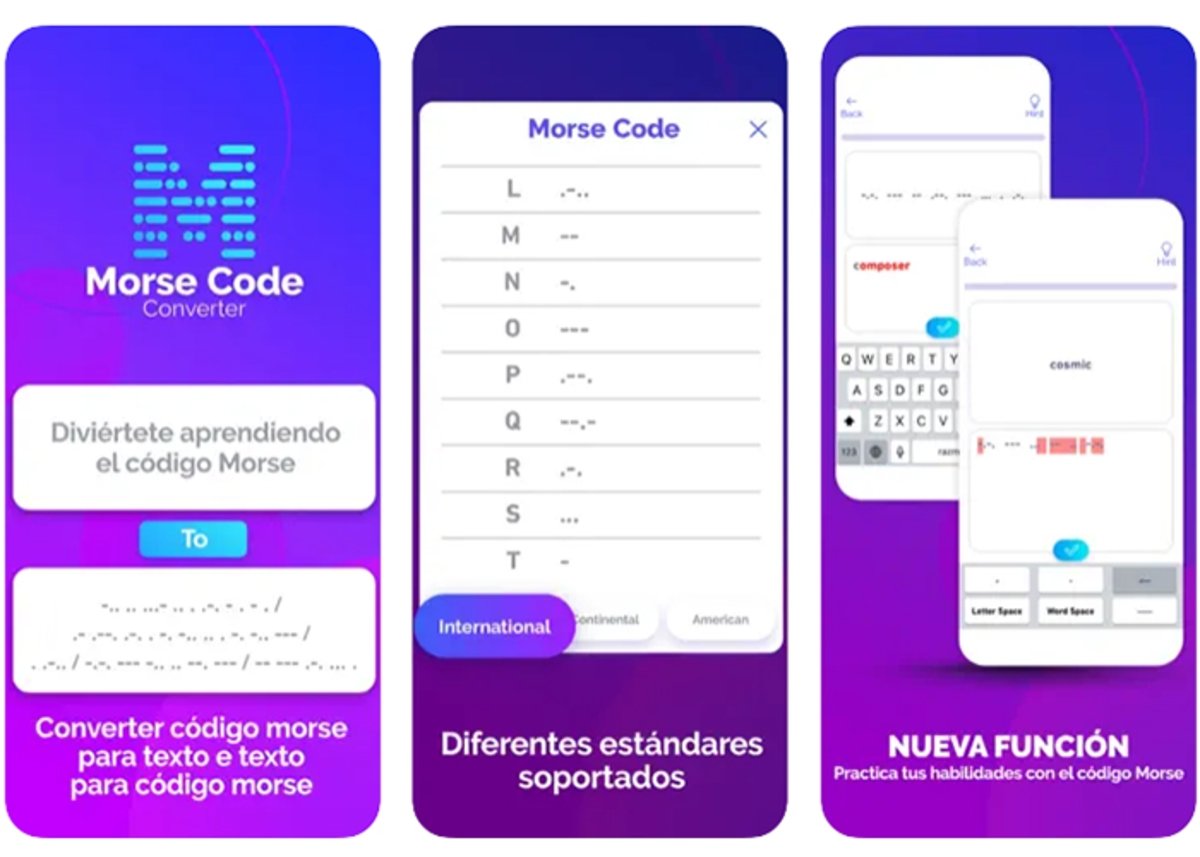 ‎You will find everything you need to understand Morse code in this app, providing the best tools for learn, convert and transmit morse code.

Within the functions of the app you will find a conversion section, which allows you to transcribe morse code into textor if you want it, convert texts complete in Morse code.

practice and learn the domain of this code under 3 levels of difficultywhich encompass learn letters, words and sentences.

As if that were not enough, this app also allows you transmit code from iPhone in 4 different ways, either by flashing the flashlight or the screen, the device vibration or by sound. 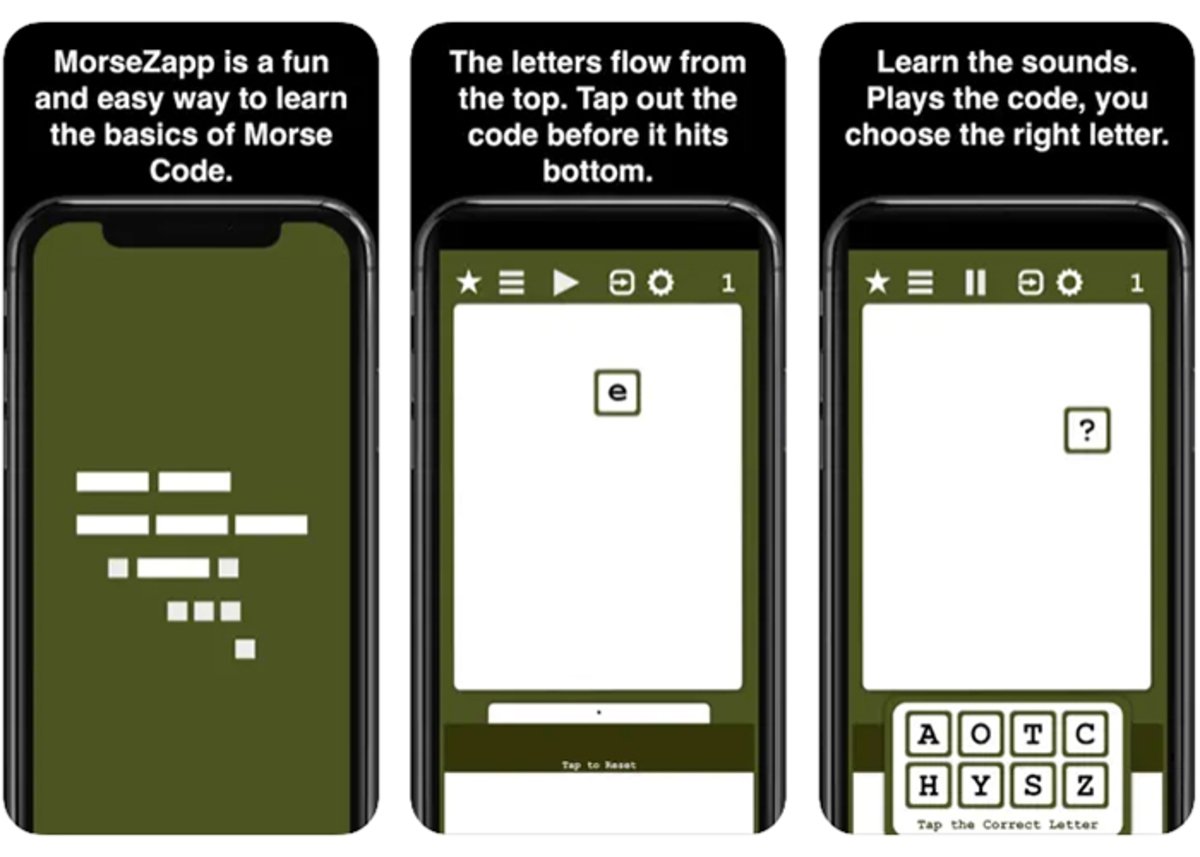 ‎This is an application that gives you the necessary knowledge to learn morse code from mobileby practicing its fun and challenging exercises.

It is based on a game in which sequences of dots and dashes will fall progressively on the screen of your mobile, which you must identify among many letter choices provided before they reach the bottom of the screen.

Also, you can exercise your ear to identify the sequences through sounds, which will facilitate the recognition of the code, both visually and by audio.

Of course, each level gradually increase the speed of the sequences to put them to the test. The app has a free pack and levels so you can test your effectiveness and fun before opting for the subscription. 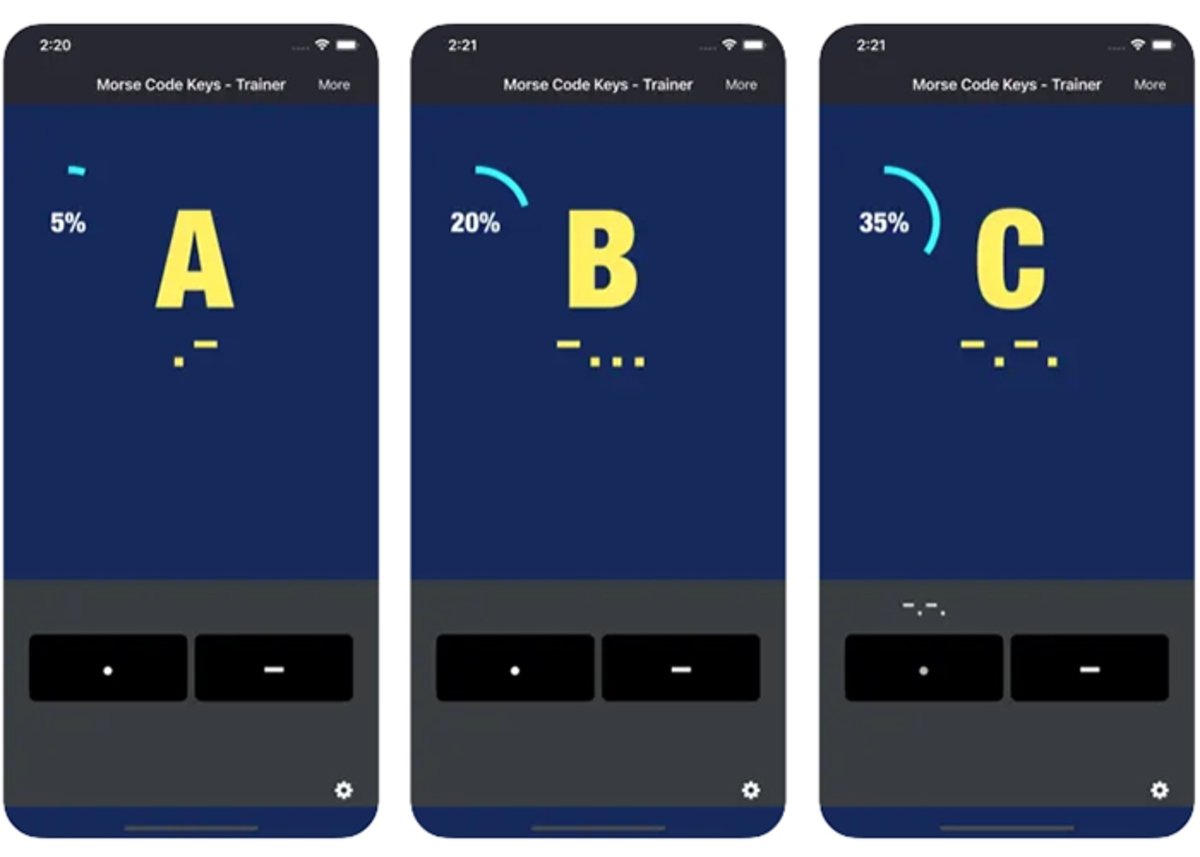 ‎The developer of Morse Code Keys has launched this app as a complement to other applications developed by it, and has been designed to learn and play morse code.

This installment is based on learn step by step and slowly, each one of the letters present in the alphabet, recognizing the sequence of dots and dashes that characterize each one.

Once you have learned the code, you can proceed to download the other apps from the developer, where you can reproduce the code from your mobile using the flashlight, sounds. 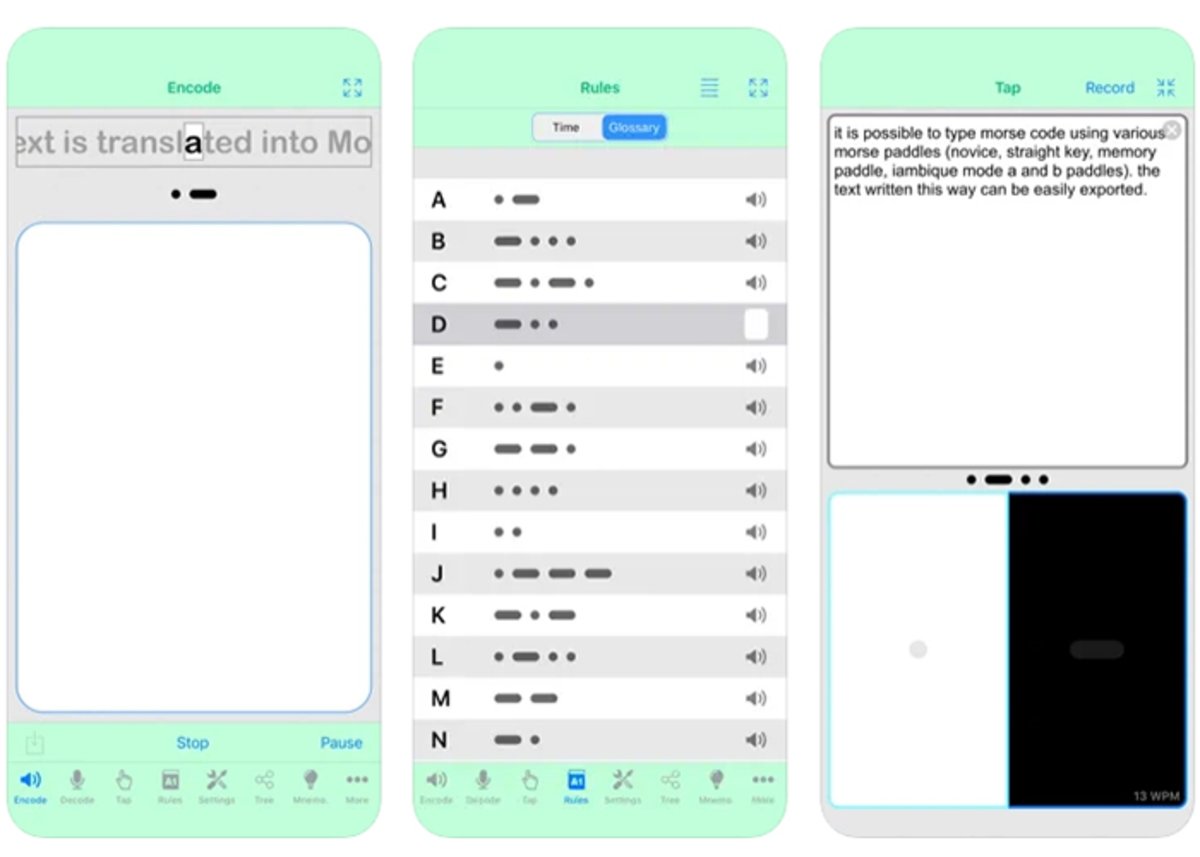 Morse-It: an app to learn, practice and implement Morse code

With Morse It you will have the functions you need to learn, practice and implement Morse code without any trouble.

Thanks to this application, you will have the ease of decode any text message Y relay it from your mobile in Morse code by flashing the screen, turning on the flashlight and even sounds so that your message can be received from short and long distances.

As if that were not enough, it also has a space where you can consult the Morse alphabet along with its respective audio interpretation. Learn about abbreviations, mnemonics and much more.

you can also save messages in morse from the app, on the clipboard, email or from an SMS, or implement audio in morse as tones and in this way practice your understanding. 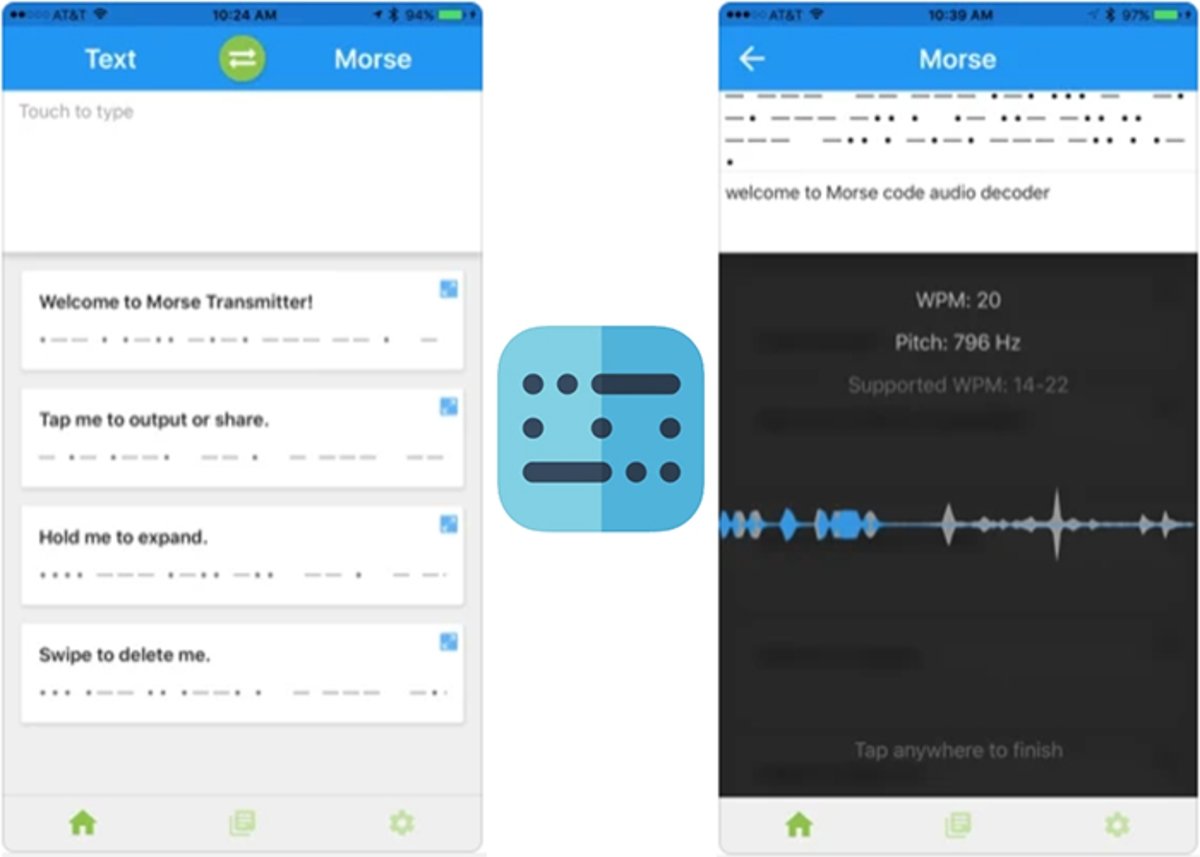 Decode and transmit messages in simple steps with Morse Transmitter

Morse Transmitter it’s an app simple and easy to use to get acquainted with the Morse code. It has the purpose of decode and transmit messages, either from text to Morse code or vice versa. In addition, it can translate a Morse code message that is transmitted by audio and real time.

It also includes a secret language dictionary with which you can learn and become more familiar with this message system. 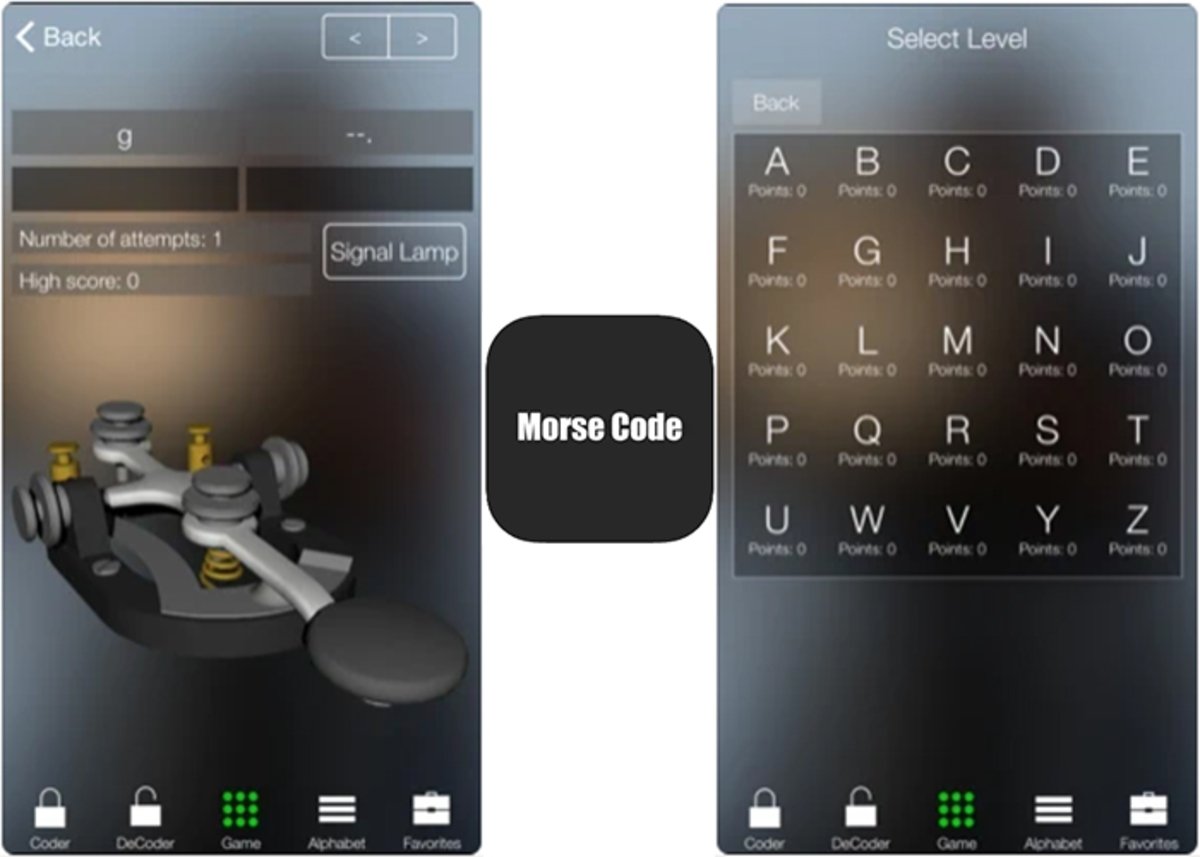 It is an application that facilitates the understanding in this secret language counting one decoding functionwhich goes from text to Morse code and from written or audio language, translated into text.

It also has games with different levels about a telegraph emulator and a signal lamp. Learn directly from the Morse sequence alphabet and become a language expert. 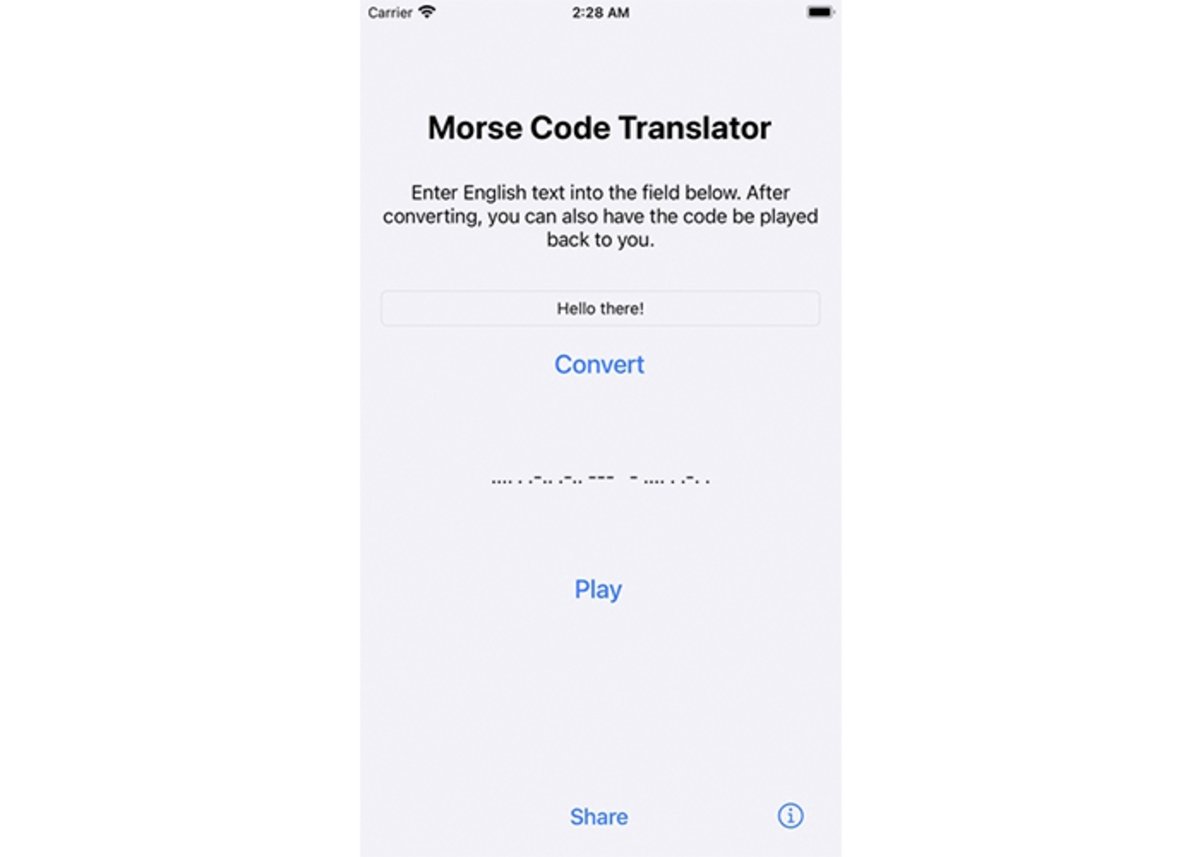 ‎Translate whenever you want and in the easiest and fastest way, using this English text translator in sequences of Morse code, which can be appreciated by visualizing the dots and dashes or also the sound sequence that are played simultaneously.

The only thing you have to do is place the text and that’s it, it will be translated immediately without wasting time. 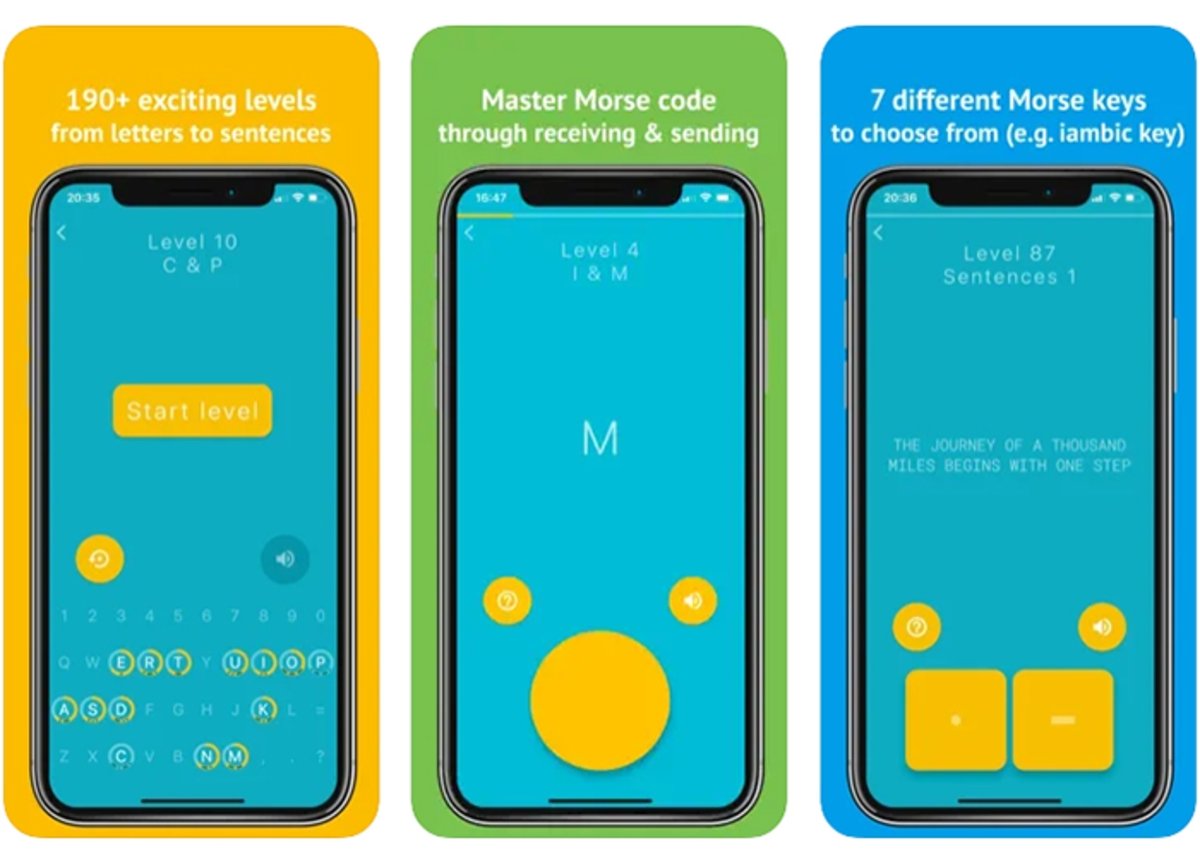 A game where you will learn everything you need to communicate in morse code and have fun during the process. It has the same more than 270 levels where you will learn starting with the simpler letters and moving forward with numbers, symbols, abbreviations, Q-codes, phrases, and other lessons.

Also, you can customize levels, visibility and keyboard so that the app adjusts to your comfort.

As you can see, you are morse code apps they are very easy to learn and give you the opportunity to communicate secretly without any problems. Try each one and become a expert in this communication system.