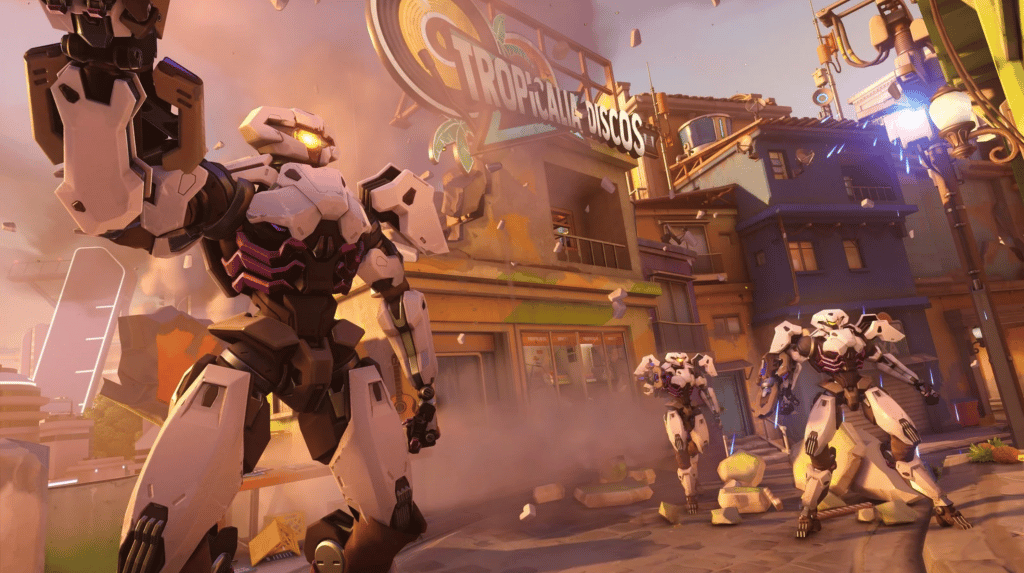 Overwatch 2 could be released before the end of 2022, but the PVE content Blizzard promised is still delayed until 2023. The “AAA campaign” delayed the sequel’s development, Blizzard admitted, but Team 4 promised it will be worth the wait.

At long last, Overwatch 2 will be released in October 2022. After years of testing and teasing, Blizzard is coming to players with plenty of new maps, heroes, and other content to get everyone back into the hero shooter.

However, there is one notable absence at launch: the PVE content that was meant to make up a major part of the sequel.

A separate experience from the PVP side of the game, Blizzard showcased the potential for a four-player cooperative campaign across Overwatch’s various battlegrounds when the expansion was announced.

Overwatch 2’s PVE campaign was meant to be the star of the sequel, but it was pushed back to 2023.

That grandiose project ended up stalling Team 4 as they tried to keep the players involved during the three-year hiatus.

“When we initially announced Overwatch 2, we presented a vision of a PVP game that had a huge PVE component at the same time,” director Aaron Keller told Gamespot. “And as we developed that game, what it meant was that the PvP side of the game was coupled or merged with the PVE side of the game.

“So the release of any PVP content was now limited by the amount of time it took us to build the PVE side of the game. And because that took longer, it meant there was less of a focus on the live side of the game.

“I feel like this goes against one of the core values ​​the Overwatch team has always had, which is being able to regularly deliver content for our players. I think we realized we had to change something.”

Blizzard admitted that Overwatch 2’s PVE development delayed the release of the sequel and other new content.

It is now pushed back to 2023, months after the game’s release. This is due to a change in priorities for the sequel, trying to get players content as quickly as possible to keep things fresh.

It’s a more dedicated live service model approach than Blizzard showed with the base game, especially when Overwatch 2 goes free-to-play.

That said, though, the developers aren’t skimping on their “AAA campaign” by delving into Overwatch lore and stories.

“Overwatch 2 PVE is still what we always envisioned for the game. There’s a campaign ⁠, a AAA campaign ⁠, with a linear story that we’re going to tell through it, and there’s also a highly replayable mode with hero progression,” Keller explained.

“But instead of holding them off until they’re all done at the same time and releasing them in one box, we’d like to release them as part of our seasonal cadence for Overwatch 2.”

Some of the early footage of Overwatch 2 focused on PVE content, though don’t expect to play anything until next year.

As for what players can expect from PVE when it finally arrives, it will be a “full experience.” Heroes will be swapped out with talents, adding another layer of progression beyond basic mastery. There will also be a ton of new maps and stories, delving deeper into the game’s beloved universe.

However, Blizzard has remained tight-lipped about how the content will be offered to players outside of seasonal releases, including how much it will cost.