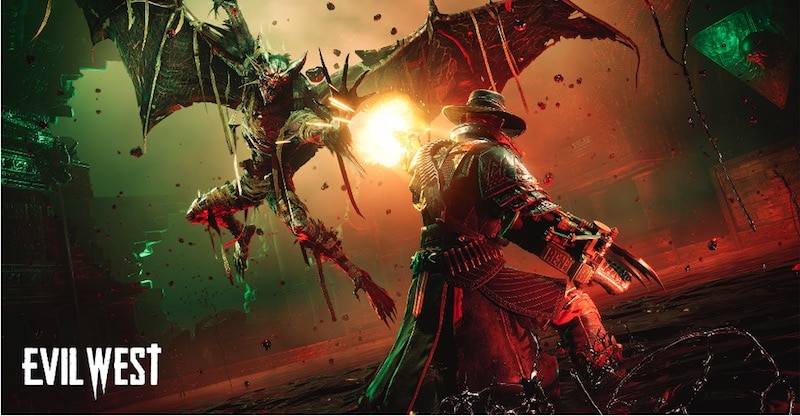 Seen below, the game offers a look at plenty of claret-soaked combat and looting action, as well as a look at some of the game’s stunning environments. Also, we are given a quick look at Evil West’s perks and upgrade system.

Evil West takes place on the American frontier, which has been plagued by a vampire uprising and threatens the future of the United States. This is where you come in: as a member of a secret group of vampire hunters, you must rise up to combat the bloodthirsty menace as a lone hunter or with a partner in tow.

As a skilled and deadly hunter, you’ll battle the monstrosities that invade the frontier with firearms, a lightning-powered gauntlet, and gadgets. Throughout the campaign, you will be able to upgrade your weapons and hunting tools and equip perks to improve your combat prowess.