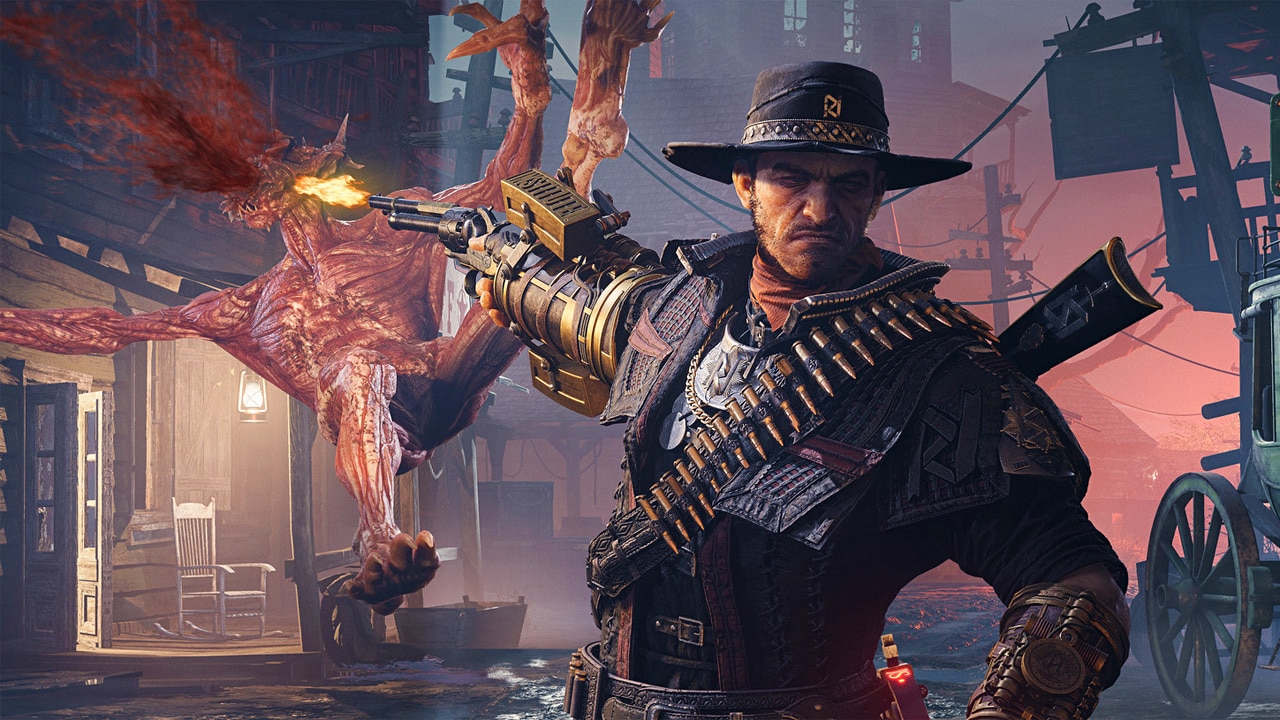 Last week, Focus Entertainment revealed a release date for Flying Wild Hog’s Evil West, and today they’ve partnered with IGN to shoot some meaty 10+ minute footage showing the horror western shooter in action. It starts off fairly typically with a shootout with some standard outlaws in the middle of a dusty ranch, but soon the action descends into creepy caverns and forests teeming with Lovecraftian horrors and big bad bosses. You can see the images for yourself, below.

While the whole Evil West aesthetic isn’t necessarily my thing, the action is fluid and it feels like Flying Wild Hog is throwing everything away. Hopefully, Evil West delivers after FWH’s disappointing Shadow Warrior 3. Need to know more? Here is the official description of Evil West…

Evil never sleeps… but it bleeds. A dark menace consumes the American frontier. As one of the last agents in a top-secret vampire hunting institute, you are the final line between humanity and a deep-seated terror now emerging from the shadows. Rise up to become a Wild West Superhero, eradicate the vampire menace and save America!

In visceral and explosive combat, unleash hell with your firearms, lightning-powered gauntlet, and gadgets. Slay bloodthirsty monstrosities in style as a solo hunter or co-op with a friend. Explore and fight in a narrative campaign while upgrading your weapons and hunting tools. Unlock new perks to develop your monster-slaying mastery, creating your own playstyle to defeat supernatural hordes.