Gaming monitors: tips on buying and technology as well as market overview 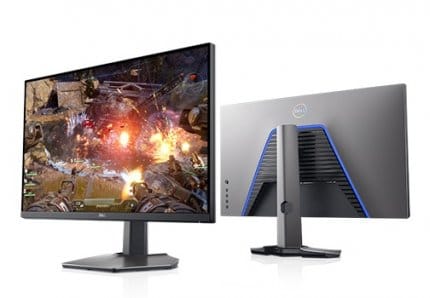 With a good monitor you are not only in the truest sense of the word better in the picture, but with certain features you can also have advantages in games. Such features include the refresh rate or sync techniques. However, issues such as the resolution, the aspect ratio and the panel type of the display are also important, making it more likely that certain positive properties will be implemented in a monitor. We will tell you the most important details about all these things, which should help you to find a suitable monitor.

At the end of the special, we also selected 60 monitors in various sizes and resolutions for you in the form of a market overview that offer a relatively high refresh rate and sync technology. These include 16:9 monitors, some of which include 4K monitors, as well as widescreen models that can significantly increase the field of view in some games. But first, let’s look at the different panel types that modern monitors usually have, and their advantages and disadvantages.

In terms of the basic principle, monitor panels work in a very similar way: The pixels consist of small crystals that change their position as required by small changes in voltage and therefore let more or less light through, which in turn shines on the crystals from behind. There are three color crystals per pixel: red, green and blue.

Depending on how bright these three colors appear, the human eye gets the impression that a pixel is glowing in a certain color. All three colors radiate 100 percent for white, and for a black pixel, the crystals position themselves in such a way that no more light can get through, although this often does not work 100 percent, so that a completely black image looks more like a very dark gray.

However, despite the similarities, there are differences in how exactly this is all implemented. Three types of panels have become established: TN, VA and IPS. OLED is still relatively new and is already spreading happily in televisions, but has so far played no role in monitors for PCs. There are very few OLED monitors, which are also enormously expensive – they are currently not suitable as gaming displays.

OLED differs from the three other panel types in one crucial point: the pixels are actively illuminated and are not illuminated by light. The advantage here: For black, the pixel can switch off the light completely, so that OLED is not least known for a very crisp black. As already mentioned, the light is often not completely blocked with TN, VA and IPS.

In some cases, cloud-like effects that are more or less visible can even occur, since more light is blocked in some areas of the panel than in others. However, this is hardly noticeable, especially with moving pictures – it can be annoying in very dark and at the same time not very dynamic scenes, in which these clouds cloud the overall impression.

OLED has a clear advantage here, but there are still many panels of the other three types for which a high-quality example does the “black work” well. But if OLED is not yet an issue for monitors: Which panel type should you choose? In the past, only TN was an option for gamers – TN panels have a fast response time and are cheap to manufacture.

IPS and VA offer the better picture, crisper contrasts and more viewing angle stability, but have a slower response time. Visible streaks form on the screen if the response time is very poor.

You can now buy a top gaming monitor from Samsung, Asus, Viewsonic, HP, LG or Acer at Amazon with discounts of up to 49%.

If you are looking for a top-equipped laptop with a stylish design, you can get the Lenovo IdeaPad 5 Pro from Saturn with a discount of 100 euros. #advertising

But the producers have always further developed IPS and VA, so that IPS and VA have been the best recommendation for fast gamer monitors for several years. In addition, the prices are no longer significantly higher than for similarly equipped TN models. Only when the budget is very tight is TN still the better purchase tip.