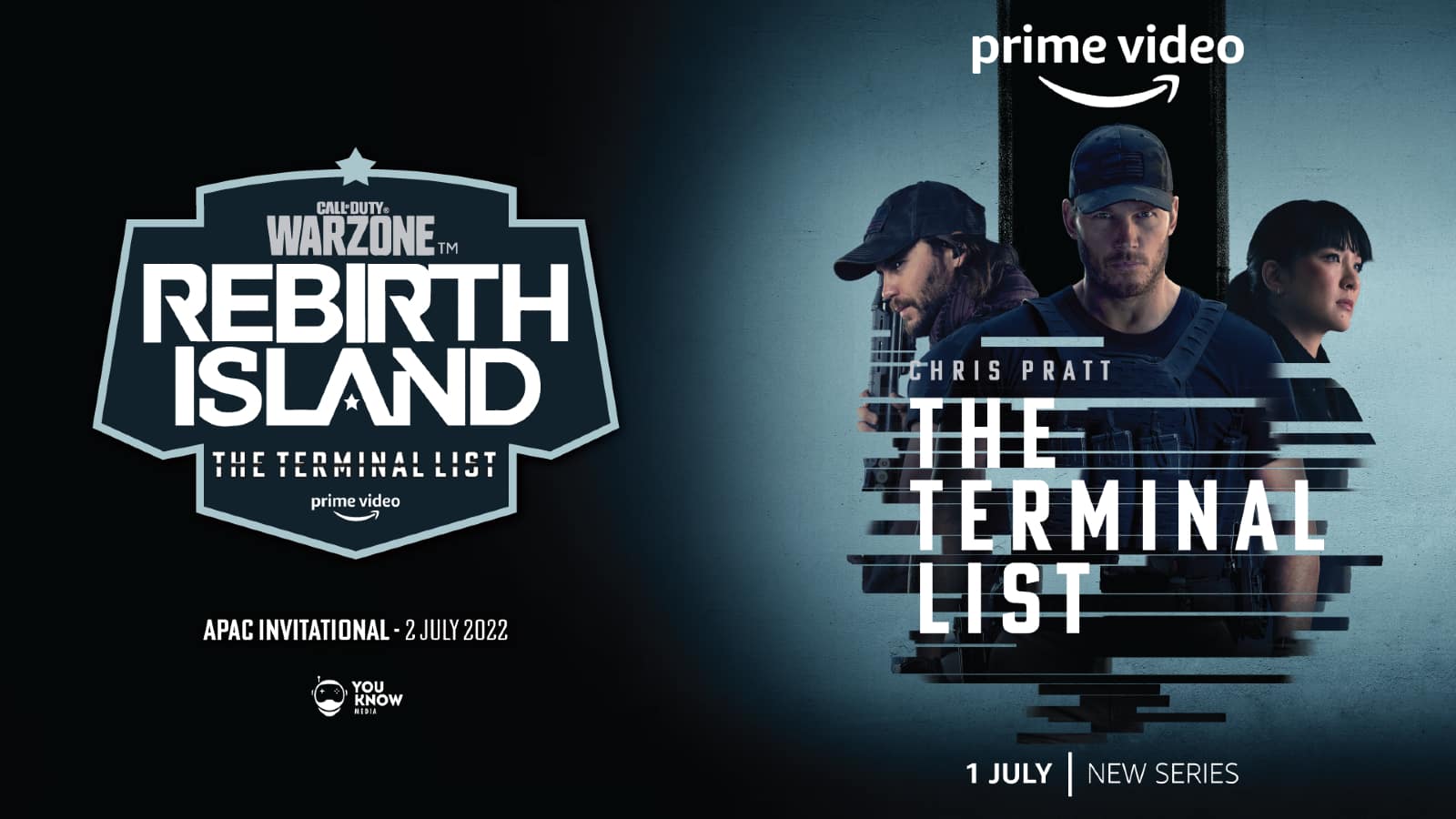 Activision is hosting a $20,000 Call of Duty Warzone Rebirth Island Invitational tournament in Australia and New Zealand, as You Know Media is producing its first official esports tournament, in collaboration with Amazon Prime Video.

The event will be on July 2 at The Chiefs Esports’ new gaming home in Australia. 10 teams will compete for a total prize pool of $20,000 AUD. Competitors have yet to be announced, but the event will feature iconic players, commentators and special guests from Australia and New Zealand.

The tournament is sponsored by the new TV series ‘The Terminal List’ starring Chris Pratt as Navy SEAL James Reece and premieres July 2 on Prime Video. Pratt is unlike anything we’ve seen before: a highly skilled agent who has everything to kill for, as he searches for the truth after his squad is ambushed on a conversion mission.

Here’s all the info you need, including support, streaming, schedule, and competing teams.

Sponsored by The Terminal List on Prime Video, the You Know Media tournament will stream from the official Call of Duty Twitch channel at Saturday, July 2and should last the duration of the day.

Kick-off times are yet to be confirmed, though as it’s an Australia and New Zealand based tournament you should adjust your alarms accordingly.

The full roster of teams in the tournament has yet to be confirmed, but the 10-team invitational matchup promises to feature the best Call of Duty talent from across Australia and New Zealand, along with some special guests.

Viewers who tune in to the tournament will also be able to earn rewards for their time spent watching.

If you’re an Amazon Prime Video subscriber, all you have to do is link your accounts and you will be eligible to earn in-game rewards when you connect. If you are not registered yet, Amazon Prime is currently offering a free trial for new subscribers.

In the meantime, you can watch the full trailer for The Terminal List with Chris Pratt here:

Be sure to tune in and watch all the action on Saturday, July 2and earn some Warzone rewards as you watch the best players from Australia and New Zealand go head-to-head.