Iron Banter: This Week in Destiny 2 – Sympathy for the Emperor 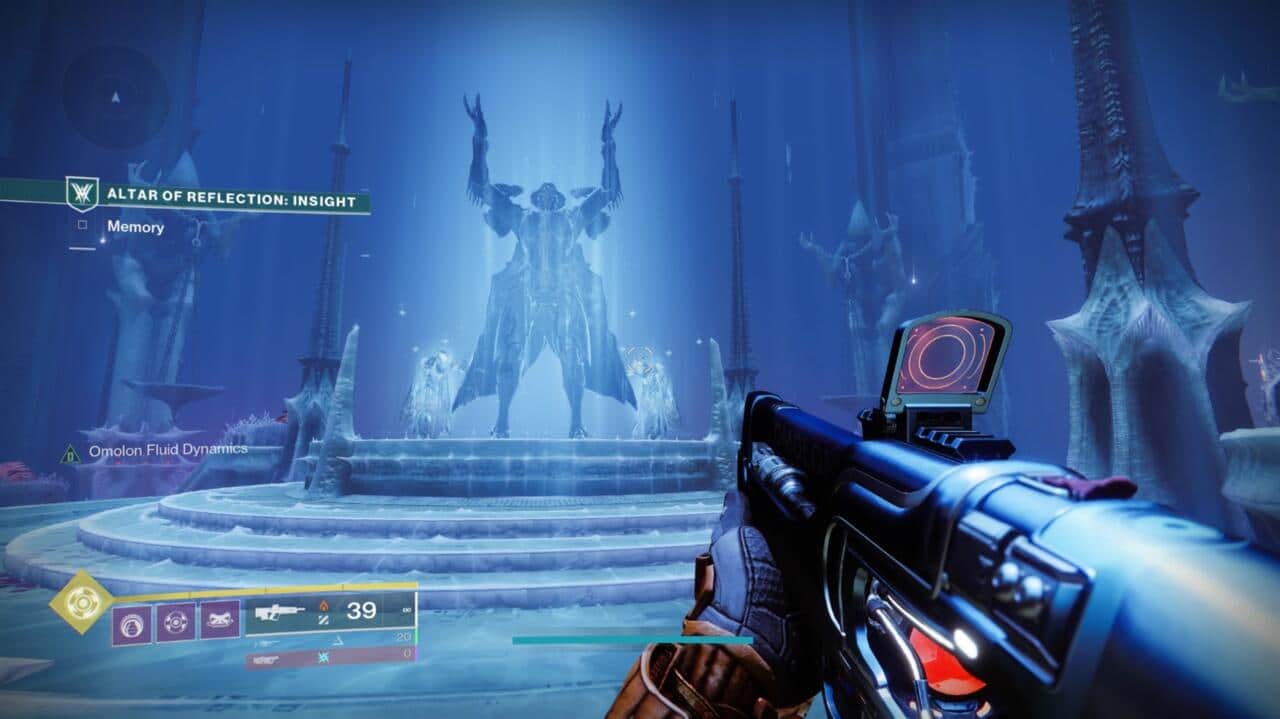 Almost every week brings something new to Destiny 2, whether it’s story beats, new activities, or interesting new item combinations that allow players to destroy each other in the Crucible. Iron Banter is our weekly look at what’s happening in the world of Destiny and a roundup of what’s catching our attention across the solar system.

We’ve had a couple of weeks to delve into Duality, the first of two new dungeons that Bungie previously announced would be coming to Destiny 2 this year, and like many, I’ve been enjoying getting stomped on by Caiatl over the last week (… not that way). What particularly impressed me about the new dungeon is how Bungie has implemented it in service of his narrative. We literally jump into Calus’ mind and shoot his personal demons to find out what’s wrong with him. It’s a bit bright.

I’ve been talking at length about how good Destiny 2’s story has gotten over the last couple of years for anyone who cares to listen (apologies to the gaming journalists who made the mistake of having a beer with me after a recent in-person preview) event). I do it in this column basically every two weeks. But Season of the Haunted is setting a new standard for what Bungie’s narrative team has done and continues to do. It takes us right into the internalized trauma of major characters like Crow and Zavala in a really surprising way. (Read Merrit K on Fanbyte on how Destiny is somehow at the forefront of the trauma conversation.; This season’s writers also recently discussed how to tackle those issues during a group interview that I was able to participate in.)

But the season doesn’t just bring that depth to the heroes. He’s also doing it with Calus, the exiled Cabal emperor, in a way that explains his backstory and details his motivations for making him a really compelling target for our shooter sensibilities.

This is something that deserves a closer look, because the attention Bungie is paying Calus seems indicative of a relatively new approach. We’ve talked a lot about how great the build was for Savathun, the big bad from Destiny’s The Witch Queen expansion – it really cemented the game to have a credible threat operating in the world of Destiny for a long time before we finally met him. and defeated him. It felt like the game was building towards something and the actions of the characters and villains were tangible and powerful.

However, I find that what I like even more than being scared by a hive god who represented horrors throughout the game for years, is how much time we’ve spent lately dealing with villains as characters. We’ve gotten a lot of characterization among the heroes both in lore and on screen, but Season of the Haunted, and The Witch Queen before it, have focused antagonists in a way that makes them feel like more than just huge new monsters to shoot. The whole catwalk I went through before The Witch Queen was great, but I’m even more interested in the moments we’ve had. as so that has allowed us to look inside Savathun’s mind and understand her as more than just a terrifying force that will probably kill us.

Much of Season of the Haunted is about Calus. The former Emperor was a part of Destiny 2 from almost the beginning, and we’ve spent quite a bit of time with him over the years; there’s a ton of Calus lore if you want to go read it, from vanilla Destiny 2, the Leviathan raid and its smaller “raid lairs,” and the Menagerie event that came with the Season of Opulence that followed the Forsaken expansion. But Season of the Haunted is doubling down on making Calus extremely present as we explore the Leviathan and try to undermine whatever plans he seems to have. Duality is an exploration of Calus’ motivations, but the Sever quests each week have us communicating with the emperor, and he’s an ambient presence within the Leviathan when you complete public events or patrols. he is always there aroundand while we may disagree with him, we’re getting a real sense of not only what he wants and why he wants it, but also what makes him who he is.

Duality offers plenty of looks at past events from Calus’ point of view and provides new insights into several of his relationships. We learn a lot about Calus’s greatest shame: the fact that his daughter, Caiatl, betrayed him, which he admits was his fault. Destiny had previously shown us that Calus and Caiatl were ideological opposites, but in Haunted we discovered that even Calus’s enormous love for his daughter couldn’t outshine his jealousy: in his narcissism and his enormous insecurity, he pushed her away through absence and cruelty. . He still can’t get past that narcissism, nor can he fill the void Caiatl’s betrayal left in him, and that’s what’s driving his actions as the season’s villain. We find out in Duality that Calus wants to “transcend,” according to Eris Morn: he wants to become something else, something better. He is on the run from himself, hoping that the Witness will finally make him into the great man he always believed he was. should be, without any of the burdens of your past failures.

Having all that information about a character we’ve fought before and who seems destined to fight again does a great deal to elevate Destiny beyond the surface level gameplay of wandering around exotic space locations and shooting whoever’s in there. over there. And it seems like a sticking approach, given the time we’ve spent learning and researching Savathun in The Witch Queen expansion. Though the hive god of cunning was vanquished, the game still teaches us about her through memetic messages she left behind, and all of that only deepens the sense of antagonism we get from Savathun.

See also  Elden Ring in VR: Mod First Gameplay Video Looks Awesome, But I Have So Many Questions!

We even saw this approach with Rhulk, the Vow of the Disciple raid boss. Rhulk is active throughout the raid, talking to you about what’s going on, and a bunch of additional voiceovers in the Preservation mission flesh out his backstory. Even though we only met the character during the raid and only saw him in the fight where we killed him, Bungie still took the time to draw him as a character and put that characterization in front of players in a way that is accessible in the game.

Duality is a fun dungeon, but I enjoyed exploring it all the more because of the work it does to build Calus’s character. And his presence is making spending time on the Leviathan very interesting as you can meet him during Sever missions and even on patrols. Those moments fill in the backstory, but they also seem to be doing a shorter version of propelling us towards an eventual reveal of what the whole Calus thing is now. Last week, Calus talked about how he has become one with the Leviathan: he claims that he is literally part of The Boat. He also said some gross things about how it feels to have us running around inside the giant ship, shooting things and crawling across the decks.

Calus is a very important part of Leviathan in this season’s story sense, and he’s doing wonders to make him an antagonist that feels worthy of our attention. I hope we learn more about his relationship with Ghaul, his betrayer, and what he thinks he’s gaining from the Dark, and all the ways the Witness takes advantage of his broken and hurt psyche and personality. faulty of him.

However, above all, I hope that we will eventually reach watch Calus, and he’s some kind of fleshy, fungal, semi-mechanical nightmare of Cronenberg, fused with the Leviathan bridge. I have some sympathy for Calus, but ultimately I want to see the kind of horrible, disgusting monstrosity that his arrogance and narcissism have created. Feel free to share your grossest thoughts on the Calus boss fight in the comments below.