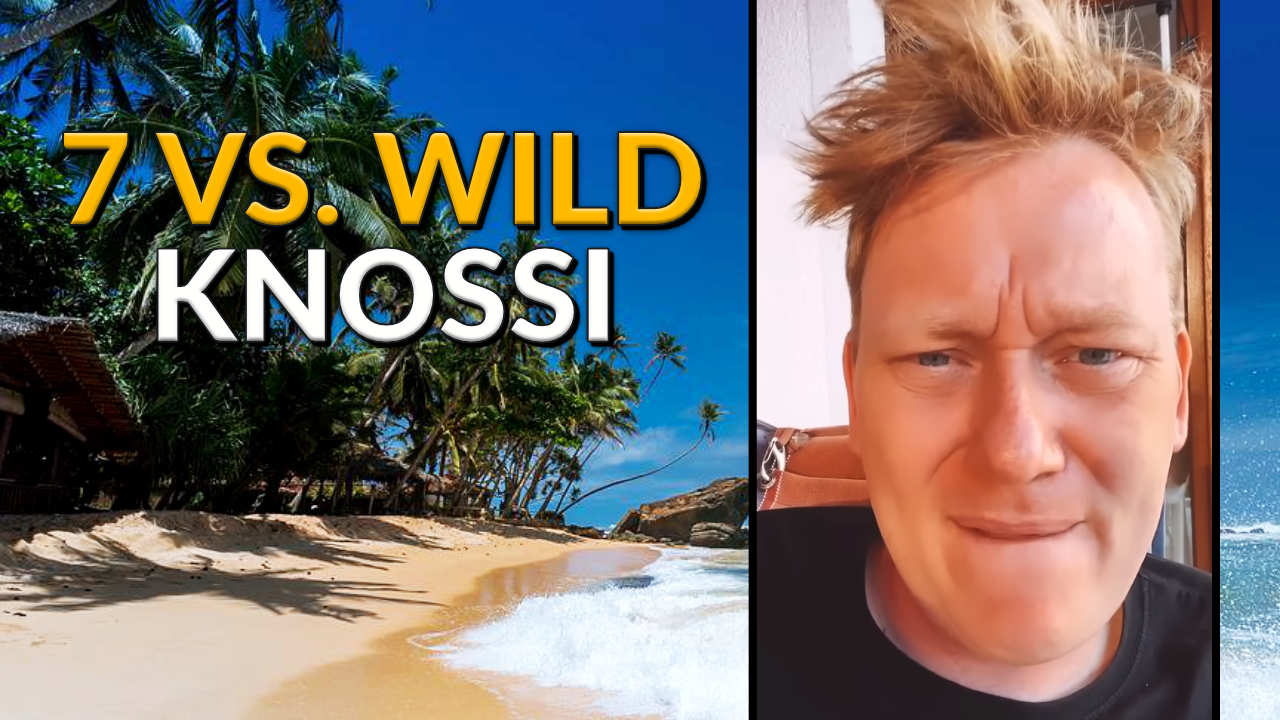 YouTuber and adventurer Fritz Meinecke has officially announced that there will be a second season of his series 7 vs. Wild. One of the 6 participants who, in addition to Fritz himself, received an invitation to the survival show was Knossi, who is also known as a Twitch streamer. He responds to the invitation with an incredibly sweet conversation with his 3-year-old son.

Why is the conversation so sweet? Knossi has received an invitation to the 7 vs. Wild series and in a video asks his 3-year-old son if he should attend the event. He replies sweetly and with all the love that a child can radiate: “If you want, you can do it.”

However, Knossi does not seem to be convinced yet and points out the dangers to the little one. He repeats the question and his son replies “yes” to accept the invitation.

The YouTuber and Twitch streamer then realizes that Season 2 of the series is set to take place on a tropical island with wild animals like snakes and insects. Knossi informs his son about the new knowledge, but he sticks to his opinion: Dad should take part. When asked why he should take part, the little one replies patronizingly: “Because it’s comfortable”.

He obviously only wants the best for his father and imagines the whole thing as a kind of vacation. But Knossi’s face shows that he knows that a real challenge awaits him there. Even the mention that he doesn’t even have a bed to sleep in doesn’t change the little one’s opinion.

Below you can see the video with the incredibly cute reaction of the child. 7 vs. Wild Season 2 talk starts at 09:28.

Who is Knossi? With 2 million followers, Jens Knossalla aka Knossi is one of the 5 largest German streamers on Twitch and is known for various show formats as well as gambling streams, which even Jan Böhmermann Knossi took on.

What is 7 vs Wild? 7 vs. Wild is a series that will be released in November 2021 on the Channel of YouTuber Fritz Meinecke started. He is known for videos in which he embarks on adventures in the wild.

In 7 vs. Wild, Meinecke sent 7 participants – including himself – with only 7 objects and clothing on their bodies to remote places in the Swedish wilderness for 7 days. There you will have to arrange your own food and accommodation and survive in complete isolation from the outside world until you are picked up.

The series ran for a total of 16 episodes and had between 3.5 million and 6.5 million views per video. The final episode of the first season aired on December 29, 2021.

7 vs. Wild season 2 information so far

Where is 7 vs. Wild season 2 taking place? The second season of 7 vs. Wild will take place on a tropical island. For security reasons, Fritz Meinecke and the organization team do not want to give more detailed information about the location.

Who is in Season 2? Unlike Sweden, Season 2 of 7 vs. Wild will have one wildcard competitor. This place is awarded to a viewer who can convince the most in his application. Below we link the 6 participants who have already been invited:

When does season 2 start? Filming for 7 vs. Wild season 2 has not yet started and is scheduled to start around August 2022, similar to last year.

According to Fritz Meinecke, the first episodes are also expected to be published on YouTube again in the following November or December (2022).

The scenario of being stranded in a lonely region with no food, modern technology or other tools and people seems to be an interesting concept for many people. In addition to 7 vs. Wild, survival games have also enjoyed increasing popularity in the recent past.

If you’re a gamer and interested in Fritz Meinecke’s survival project, you’ve probably got the urge for a fight for survival that you can use to kill time for the release of Season 2. Check out our list of the 25 best survival games of 2022 on MeinMMO.