League of Legends in Game Pass: Will Xbox Change the Dynamics of F2P Games? 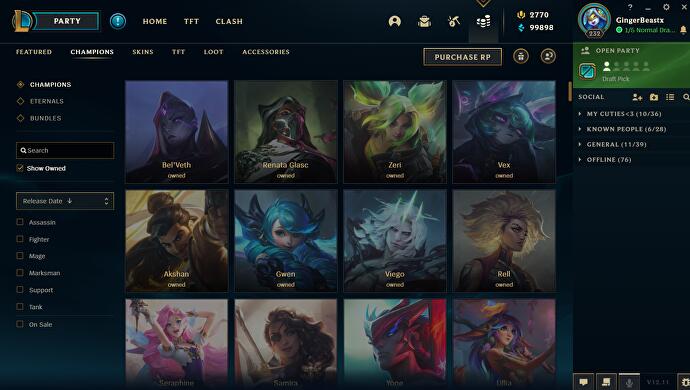 Valorant, League of Legends, and all of Riot Games’ other live service games are making their way to Xbox Game Pass later this year. All agents and champions will be unlocked for the duration of your membership. When I heard this info at the Xbox and Bethesda Showcase, my jaw dropped with joy – and yet I probably won’t take up the tempting offer. For me, as an old hand in the League, it’s just not worth it. Still, it’s extremely interesting to see how this new concept could change the world of free-to-play.

The arduous path to all 160+ champions

League of Legends is a game that has stuck with me through my life for longer than any other. Since the release of Yasuo in 2013, I’ve been hanging out with friends on the Rift regularly. Back then, instead of the blue essences, there was still XP and well over 115 playable champions. I didn’t want to and couldn’t spend money to buy the heroes back then. So I saved the influence points for a few weeks until I could buy my first two champions – Quinn and Lulu.

Slowly, despite many, many hours of play, my collection has grown. At some point I had all 151 champions (I almost said Pokémon) together. For the next nine, I was able to relax and rest on my large pile of blue essences. It only took a few years. Xbox Game Pass members will soon be spared that.

The Xbox Game Pass makes up for a major disadvantage

It costs a total of 650,000 Blue Essences to buy all champions – or over 130,000 Riot Points, which corresponds to around 700 euros. Over the years it has become more and more and so it will probably continue for a while. For newcomers, this creates a seemingly insurmountable hurdle. When are we supposed to catch up on all this without digging deep into our pockets? Sure, there’s a free champion rotation every week, but that’s far from enough to have a viable pool to work with properly in the pick-and-ban phase. And that’s where Game Pass comes in.

Instead of losing motivation after a few weeks as a new player or not even starting at all, it is now possible to get into the game without this disadvantage. As if, like most other players, you have already put many years into the MOBA. Even if it gives Game Pass users what I had to work for years for free, I don’t think it’s unfair. On the contrary, because players can only meet each other on an equal footing and compare their skills if they have the same basic requirements.

Of course, this does not only apply to League of Legends. This problem exists in many competitive games that have existed for a long time – even if it is not equally important in every game. Countering certain characters or special team compositions are not essential everywhere. Game Pass could circumvent this inconvenience while creating a new model for free-to-play games. And League of Legends, Valorant and Co. could just be the beginning.

A concept for the future?

I affectionately call it “free-to-play with benefits” and it just makes sense to me. You specifically address players who have no time or nerves for the grind, maybe even come from another time-consuming title and would have to start all over again from scratch. This target group also includes young players who, simply because of their age, can only start playing well over ten years after the game was released. All these gamers are offered an optimal entry-level solution – and the other advantages of the Game Pass right on top. Xbox, on the other hand, has other big names that the company can use to promote its Game Pass and attract new members.

The players’ Riot and Xbox accounts will probably be linked and the free champions withdrawn after membership. By then, the player will have accumulated enough blue essences to grab some of their favorite champions. Since he had the opportunity to test all of them, he should know for sure which ones he likes and suits him. I strongly assume that players will keep the blue essences even after unsubscribing as they are not directly part of the offer.

If you already own all the champions, the offer is not worth it. If you are new to the game or already have the Game Pass, Riot Games will serve you a real feast – all you can play. And that too for free. But only almost, because of course you shouldn’t forget the price for the Game Pass. After about 4.5 years you might as well have bought all the champions. But you have to stick with it for a while. With all the toxic players and the many other games clamoring for your attention, that’s not to be taken for granted.

In any case, I’m curious to see where this concept is headed and whether we’ll soon see more e-sports titles that end up with such an “F2P+” offer in Xbox Game Pass or other subscription models.