Overwatch 2 doesn’t have loot boxes, it has a Battle Pass

Overwatch 2 says goodbye to the controversial loot box system of its predecessor. Instead of the random content, you can unlock a Battle Pass in the sequel and also spend money directly on cosmetic items.

Overwatch relies on Battle Pass instead of loot boxes

New monetization: As a free-to-play title, “Overwatch 2” doesn’t do without microtransactions entirely, but at least chooses the sequel a different approachthan it was at first over watch was the case. That means: Instead of random loot from the loot boxes (which are basically a game of chance), there is this time a Battle Pass like “Fortnite” and Co..

It starts in October: As we are used to from many other shooters, “Overwatch 2” starts directly with a first season. The begins on October 4th and includes, among other things three new heroes, 6 new maps, tons of new skins, the new Battle Passa new game mode and more.

the second season will then be heralded on December 6thif everything goes as planned. Some of the contents of Season 2 are already certain. Planned are a new tank hero, a new map, new skins, a new Battle Pass and more. You can then no longer unlock the items via a loot box, but directly via the Battle Pass and in-game shop.

So should Blizzard avoid the controversythat the publisher is currently experiencing around “Diablo Immortal”. The RPG for iOS, Android and PC is massive random drops and real money items. Because this extremely controversial forms of monetization in some countries are considered gambling and are prohibited“Diablo Immortal” was not even released in Belgium, for example. 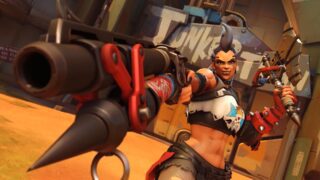 Overwatch 2 is going into the next beta soon, all the info about the launch

This is what Overwatch 1 buyers get: Anyone who purchased Overwatch 1 before June 23, 2022 must log in by December 6 to receive some bonus content. This is a so-called Founder’s Packthat a specific profile icon, an unspecified surprise, and two epic skins should contain.

Overwatch 2 now has a release date: October 4th when the time has come, the successor will appear. He at the same time completely replaces the first part and you can all yours also use the unlocked content in the sequel. The announced PvE or story mode should be submitted later, it will not appear until sometime in 2023.