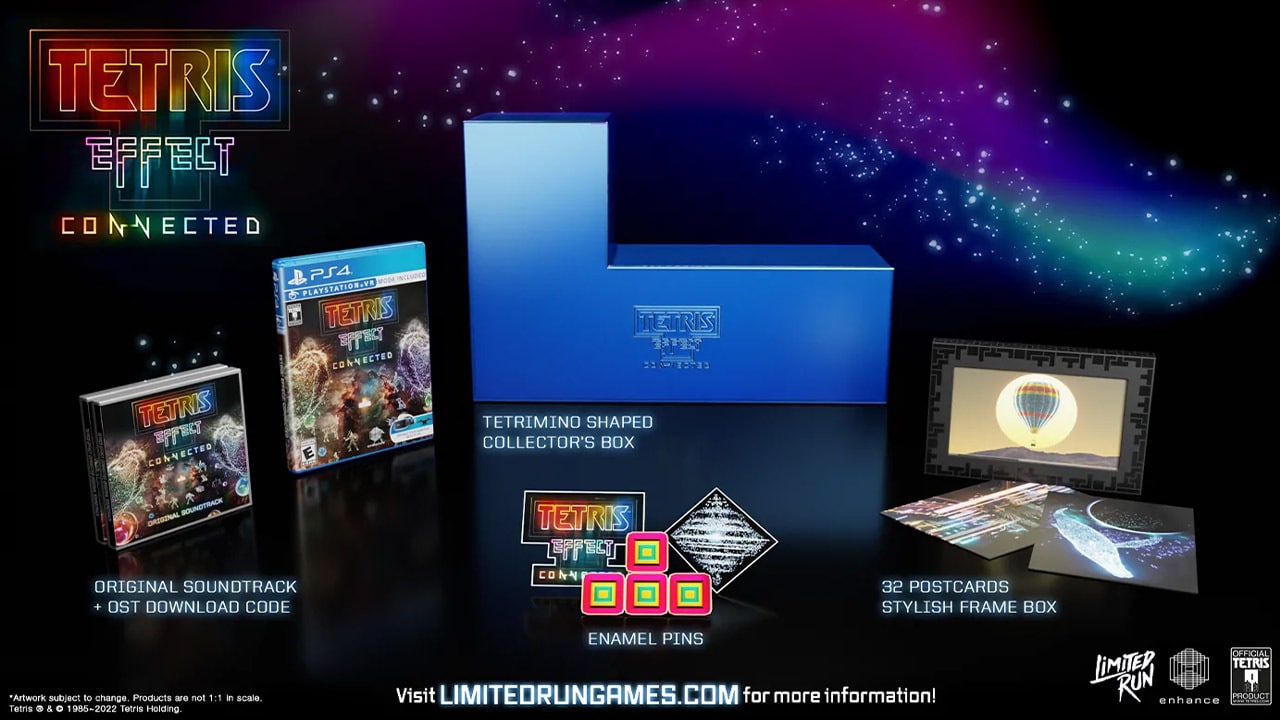 One of the best versions of the classic Tetris puzzle game, Tetris Effect, is now available for preorder and in a stylish collector’s edition package from Limited Run Games. The most striking thing about this collection is the Tetromino-shaped box it ships in, which includes a number of other goodies.

The Switch and Xbox editions come in alternate skewed Tetromino forms, while the PlayStation version is available as a large L. Inside the box you’ll find a physical edition of Tetris Effect: Connected, soundtrack discs containing all 50 songs used in-game, a digital download code for the soundtrack, three pins, and 32 postcards featuring artwork from the game.

The collector’s edition retails for $100 on each platform and pre-orders close on July 31. It’s also worth noting that these editions aren’t expected for another 8-9 months after the pre-order window closes.

If you haven’t played it yet, Tetris Effect is a take on the old school game that combines the traditional Tetris formula with immersive audio and video. Each falling block adds to the rhythm of the game’s dozens of stages, allowing you to create a concert experience as you clear the board. The Connected Edition expands on that idea with innovative multiplayer featuring cross-play support.