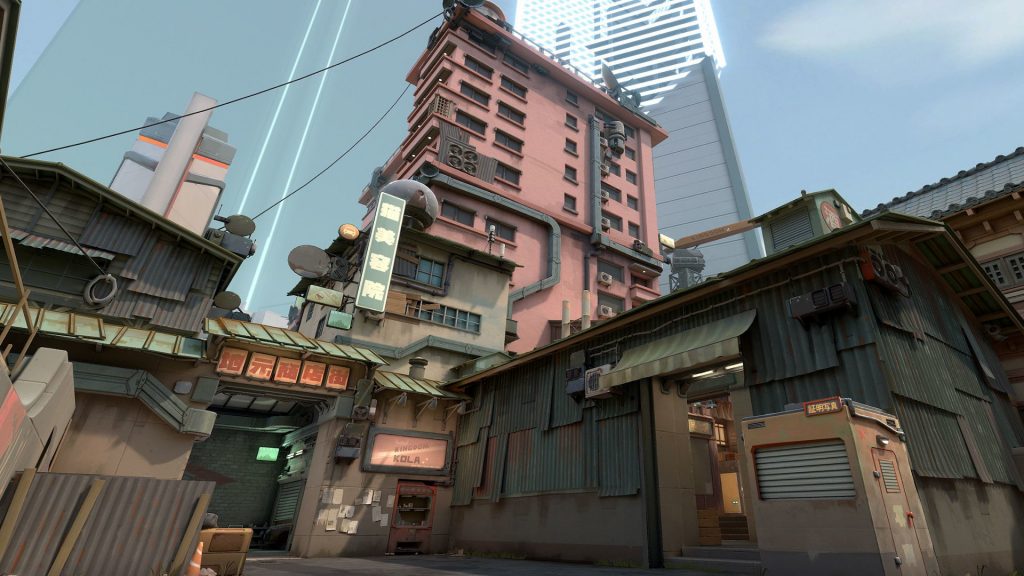 Split will soon be temporarily removed from Valorant’s map pool, a move made by Riot as a way of keeping their desired seven-map pool system when Pearl enters the fray.

Dividing the fans, some sad news is coming to them. With the new map Pearl releasing in July 2022, Riot has confirmed that this new addition to the map pool will unfortunately mean another one will be removed.

Split has been in Valorant since the game’s release, though it has been a bit controversial due to its one-sided nature heavily favoring defenders. However, Riot didn’t give an explicit reason why it was the first map to be selected from the map pool, even if only temporarily.

Split is being removed from the Valorant map pool, but not due to bugs.

In a blog post from June 16Developer Joe Lansford said the team looked at “player feedback, time since launch, past and future planned updates, what the map brings in terms of strategic variance” and more when making the decision.

One thing they were concerned with, though, was trying to keep Valorant accessible, and limiting the number of maps players have to learn at once was a big component of that.

“Learning a new map can be one of the hardest parts of being a tactical shooter,” he said. “Going from ‘learned’ to ‘mastered’ is even more difficult. Doing that on a bunch of maps is a steep learning curve. Not to mention all the combinations of Agents and utility. Its alot!”

“The team believes that seven is a good sweet spot that offers variety and dominance. You don’t have to spend all your time learning new angles, lineups, and strategies. New players will have an easier onboarding experience. And pro teams can have deeper, more exciting playbooks.”

Split will be removed from the Valorant map pool starting June 22 with Valorant patch 5.0, with no set date for its return. The game will have a pool of six maps until Pearl’s competitive release on July 12.

Pearl, which will be released soon, will take the place of Split in Valorant’s map set.

Split will continue to be available in custom and Spike Rush game modes while out of ranked and unranked queues. Pro play will also use Split until after August, when last-chance qualifiers for Valorant champions conclude.

While the minds at Riot haven’t confirmed when Split will return to Valorant’s map pool, they hinted that it will most likely return, and with some tweaks and alterations.