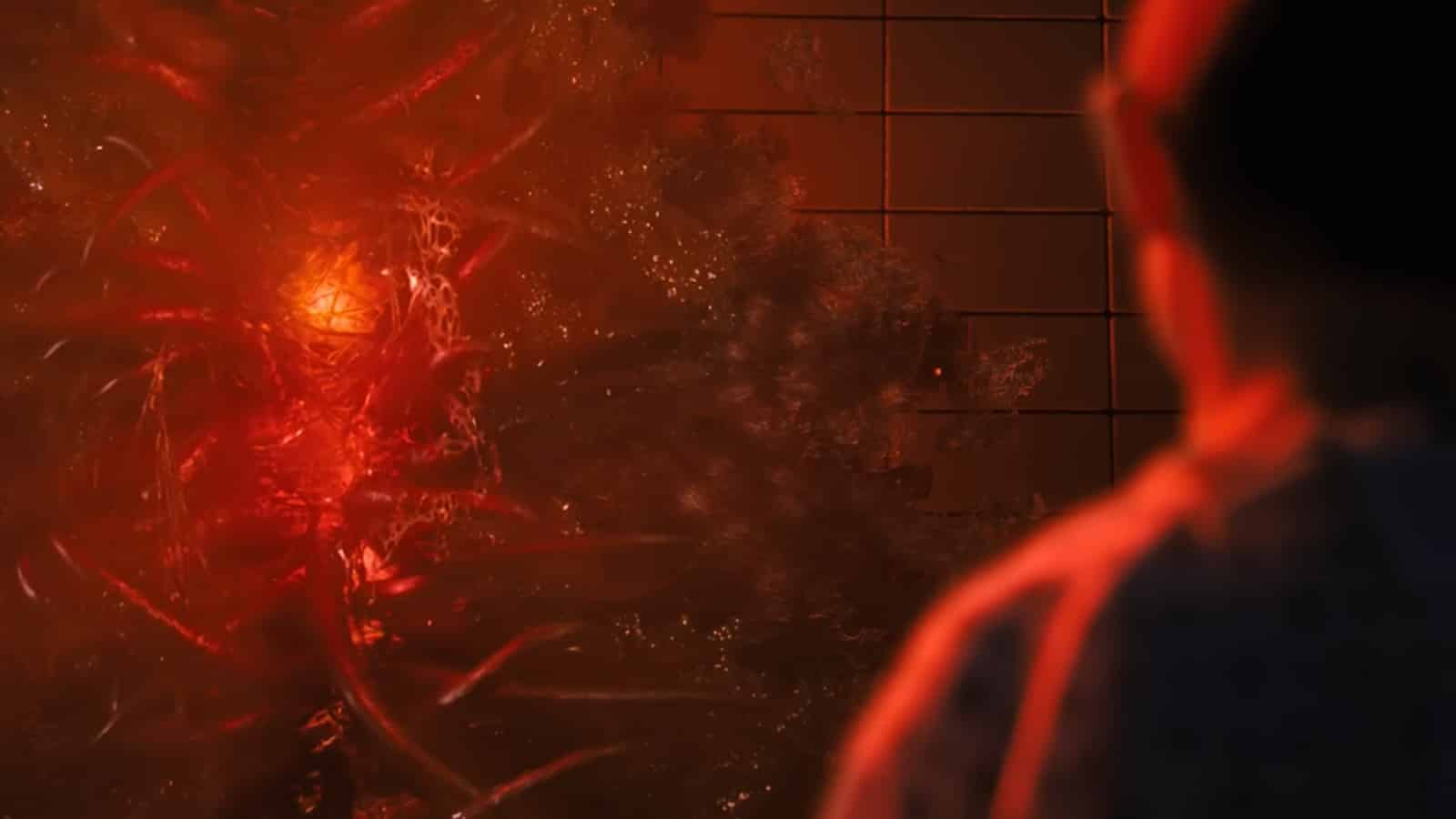 Stranger Things actress Millie Bobby Brown isn’t quite sure how to answer one of Season 4’s biggest mysteries.

Stranger Things season 4 answered a lot of questions fans have been asking since the first season, but it also raised new theories.

One of those big queries came at the end of the first part of season 4, where it was finally revealed what happened the day Will Byers disappeared and how a young Eleven opened a door to the mysterious realm known as the Upside Down.

While the episode, titled “The Hawkins Lab Massacre,” finally showcased a big chunk of Eleven’s origin story and how she escaped from Hawkins’ lab, it also raised a big question… And it looks like even the star of Stranger Things does not know the answer.

What is the Upside Down in Stranger Things?

Eleven faces the door to the Upside Down.

In the final episode of season 4, Stranger Things revealed that the massacre at Hawkins’ lab, which Eleven believed was her fault, was actually caused by another patient on the show, One. Upon discovering that One had manipulated her into escaping and killing all the other patients, Eleven banished him through a rift to the Upside Down.

This is the “door” that Eleven opened in the first season, which ultimately led to the creatures from the Upside Down escaping to attack the town of Hawkins throughout Stranger Things.

However, a big question is if Eleven just opened a portal to the Upside Down, or if she really created this alternate address.

Did Eleven create the Upside Down?

In an interview with VarietyEleven actress Millie Bobby Brown tried to answer these big questions about the Upside Down. She revealed that although the Duffer brothers revealed that this crack was the opening of the door, they did not answer this new question.

In response to the question of whether the Upside Down existed before Eleven opened the rift, Brown said: “[t]This is too big a debate for me to answer. I’m so worried. I think: no, no, no. I think the alternate universe was always there. That will always be under Hawkins.”

So it seems that Eleven herself believes that the Upside Down was not created by Eleven, but simply opened a door to this alternate dimension. However, with the second part of season 4 along with the fifth and final season still to come, there is still time for this question to be answered.