The knight on the Elden Ring cover is an NPC – Too bad his story got cut! 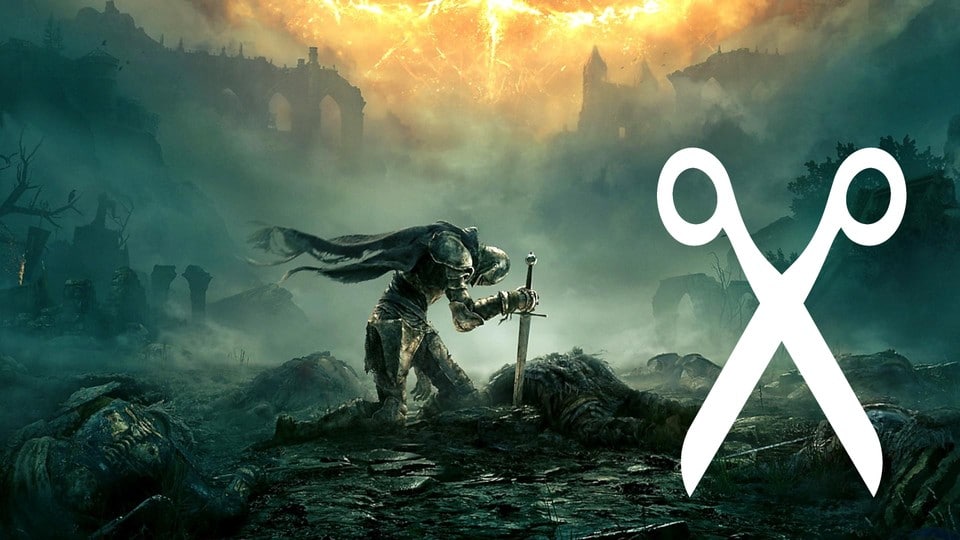 You may have thought that the Elden Ring cover simply featured a player character. In fact, however, it is an NPC named Vyke. Does the name sound familiar to you, but you can’t quite place it? Then maybe that’s because he only appears as an invader and optional boss in the finished game. But that was probably planned differently.

It’s all about this: Dataminer Sekiro Dubi found out that more was actually planned for Vyke. Only fragments of this content can be found in the game files, but these are interesting and raise some questions. Sekiro Dubi dedicated a video to the deleted content. You can watch it here:

Dialogue with Gostoc: Deleted lines of dialogue with Gatekeeper Gostoc in Castle Stormveil are shown in the video. He talks about Vyke as a knight of the molten armor and explains that his armor “melts inwards”. He also reveals that Vyke had just entered the castle and issues a warning. Gostoc is not at all impressed by the knight.

What would the questline have looked like? Sekiro Dubi was able to spot Vyke’s spawn point, but nothing was left of his quest. The dataminer also mentions the possibility that the knight should have helped us in a boss fight in the castle, but thinks it is more likely that an entire quest line would have been tied to it.

Which boss would we have fought with Vyke? You must have immediately thought of Godrick, since he is the final boss in the castle in the finished version of the game. However, Sekiro Dubi knows an alternative: there is also a character model of Godfrey in the game files that can be assigned to Stormveil. So maybe at some point in the development process we should be able to expect something completely different within these walls: a fight against the first Eldenlord, with Vyke.

I have to admit that I’m one of those Elden Ring fans who didn’t know that Vyke was on the cover. The character has been just a side note for me so far. There is no shortage of invaders and optional bosses in the intermediate country.

However, the video made me extremely curious. For one, I find Gostoc’s new dialogue exciting. The statement about the armor burning from within sounds like typical dark From-Lore, which I like. In addition, of course, I immediately ask myself whether the warning is justified – or would have been in the case of a quest line. After all, Gostoc himself isn’t exactly a trustworthy character, and from From is usually not what it seems.

On the other hand, of course, I think about the reason for the decision for Vyke on the cover. Did he just look cool? Should a spoiler-free design be chosen? Or was a fairly significant quest line planned for him? And if the latter is true, will we perhaps still get them with a patch – like the vessel child?

What do you think of this deleted content and – be honest – did you know that the cover photo features Vyke?