The waiting game: Valorant teams and players face the uncertainty of VCT 2023 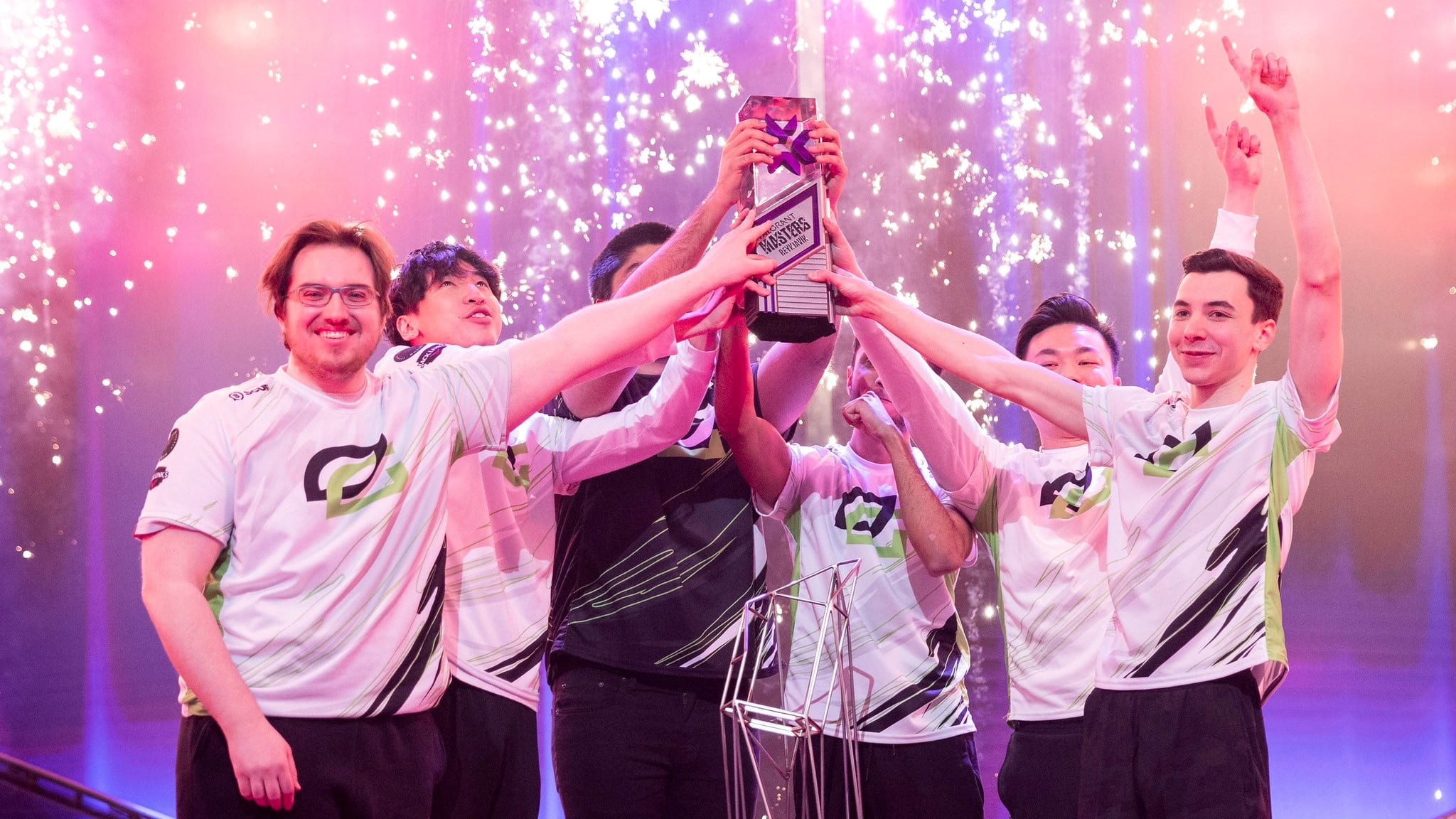 When the second Valorant Champions Tour Stage 2 Challengers qualifier concluded on May 8, Akrew’s season in the Riot Games esport came to an end.

They continue to play in third-party tournaments to keep their skills sharp and compete for prize money, but they are no longer a part of the Riot circuit and have no more opportunities to compete internationally or gain acclaim.

Just five months into the year, Akrew, among more than a dozen other salaried squads, is out of the top tier of Valorant competition.

“Obviously it sucks, because I’m missing pretty much the only major tournaments of the year,” Akrew IGL Zachary ‘ZachaREEE’ Lombardo said in an interview with Dexerto.

“If you’re not on the VCT circuit, essentially what you’re doing is just playing farm tournaments, which doesn’t really mean much.”

As they toil away in what are essentially meaningless competitions for the rest of the year, ZachaREEE and the many other non-VCT players await Riot’s decisions on VCT 2023 and who the developer will choose to join their international partner leagues.

International leagues are the only way teams achieve international completions like Masters and Champions.

The new VCT system, which Riot announced on April 28, 2022, will replace the current circuit of open qualifiers in various regions around the world that feed into international LAN tournaments, culminating in a world championship. This open circuit will be replaced by three international leagues, one for the Americas and Brazil, one in EMEA and one for Asia and Oceania, which will be held in studios, with teams selected by the developer,

Those leagues will then fuel international tournaments and a world championship. Riot also announced plans for national leagues in each region under the international competitions, similar to the system established in Europe with Valorant Regional Leagues.

There are a multitude of esports organizations with at least one team in North American Valorant, and some also have women’s academies and teams. Many players from those teams may not have a job with the same type of payment in 2023, since only 10 teams, in North America, South America and Brazil, will be able to join the league of the Americas, according to a dot esports report.

“It’s going to be an absolute bloodbath,” Soniqs Esports player Ethan ‘Crunchy’ Laker told Dexerto. “It’s going to be tough because there are players who are fucking good. [to play in the league] but there just aren’t enough places.”

The chain of communication around the APV 2023

ZachaREEE went through something similar in his previous competitive title, Overwatch. When the Overwatch League was announced in 2016 and organizations began bidding for spots, the then-17-year-old waited for word from team management about him; at the time he was at Renegades, who were awaiting communications from the game’s developer, Blizzard.

“If you weren’t higher up in the organization, or if you were a player and you weren’t in an organization that I knew for a fact that they were going to make it through the league, it was pretty stressful,” the former Overwatch pro said.

That process is what seems to be happening in Valorant North America right now, as organizations pass on what they can to players, without breaking the Nondisclosure Agreements they’ve signed with Riot or having players sign one themselves.

The five organizations Dexerto spoke with, Built by Gamers, Akrew, Version1, Pittsburg Knights and Soniqs Esports, confirmed that they applied to be part of the partner league in the Americas. from June 17 according to a report from Dot Esports. Their teams did not attend VCT Stage 2 Challengers and are out of contention for places in Valorant Champions, except for Version1 and Knights who have Stage 1 circuit points.

Some organizations have gone through partnerships or franchises before in other titles.

Version1 COO Brett Diamond highlighted how Version1 hasn’t left any esports it’s gotten into and that it plans to be as transparent as possible with its community about its app.

See also  Lost Ark is probably leaking Battle Pass for Europe – will you buy it?

Akrew CEO and founder Daniel Luu also launched a media campaign about the organization’s application to the league.

We’re excited to announce that Akrew is applying to partner with VALORANT! Join us in our GIVEAWAYS to celebrate the kids and our journey so far: https://t.co/pTxMMUzLgk #SomosAkrew pic.twitter.com/8JnYyKnMRf

At the time of the interview, Diamond said that Version1 was applying for the Americas league, but that they were also considering applying for other regions if it made “strategic sense.”

How levels two and three can work in VCT 2023

Two of the organizations Dexerto spoke with said that Riot’s plan with its second-tier and third-tier competitive ecosystem gave them confidence in the title, despite player concerns.

ZachaREEE pointed to Overwatch Contenders, the second-tier league for OWL, and explained how its implementation has been nothing short of disastrous.

“There’s literally no reason to play Overwatch professionally unless you’re in the Overwatch League,” ZachaREEE said.

“If you are in contention it is a waste. There’s no prize pool, the salaries are really low, no organization cares to participate because Blizzard didn’t put much effort into creating a league that would allow players to move up.”

Riot Games has expressed an interest in fostering a community under the partner leagues that the developer has publicly run in their initial VCT 2023 announcement.

“They are clearly valuing all levels of the competitive ecosystem and that’s great to see. That’s part of what lays the foundation for a successful top level, it’s the tears that feed that,” Diamond said.

Some smaller organizations have plans to stay on the title even if things don’t work out with Riot. They will rearrange their budget and possibly re-apply if there are league expansions.

Soniqs CEO Darren ‘Tribizzle’ Moore said they plan to remain active in Valorant even if they don’t make the cut, using their current systems for roster development one tier below the partner league.

The international leagues will reportedly have 10 spots each.

“No matter what happens as Valorant grows as an esport, there will be a lot of new talent and a lot of people playing,” Tribizzle said. “It’s very exciting for us to use our extensive scouting systems to acquire new talent and be very competitive in whatever type of league we may compete in.”

“I never put all my eggs in one basket. So if we don’t get what we wanted, then we have a Plan B and a Plan C, and Valorant will be part of our plan no matter what.”

For Knights, who have an academy team and are also tournament organizers in the space, they plan to continue competing and hosting events on a regional level. The Riot title is the primary focus of the organization, according to General Manager Garett Bambrough.

“We will be doing this in Valorant for the foreseeable future,” Bambrough said. “That will not change. Regardless of whether or not we get into the show, we still envision Valorant being a major part of the Knight’s future.”

But that doesn’t mean some organizations won’t quit esports once they get word that they didn’t make the cut.

The Valorant community may have already seen this game in North America when Luminosity Gaming announced it would be pulling out of Valorant on June 2, even as its team continues to excel in the VCT Challengers league.

Luminosity did not specify whether the new partner league, and possibly not meeting Riot’s ratings, was a factor in pulling out of the esport. In a statement, Luminosity said they “look forward to Riot’s next structure in 2023.”

For now, players in North America are bracing for the impact of Riot’s decisions and bracing for more roster changes, as the current assumption is that teams coming into the league will be testing for their rosters. in 2023.

“I’m just trying to put in as many hours as I can and do everything in my power to make sure I’m in a place where I can join one of those teams or be like a backup. I just have some way to continue my career,” said Soniqs player Crunchy.