Valorant gets a whole new rank with Ascendant

Valorant-Players who want to reach the top will soon have to climb another level: the shooter gets a new rank called ascendant. He joins the upper ranks and is then the second highest rank, directly below immortal. Everything that is already available in terms of information about the new rank can be found here.

Valorant’s new rank is second highest and is called Ascendant

That’s what it’s about: About “Valorant”. The shooter gets a whole range of innovations. For example, there would be a completely new map in Portugal, but that’s not all. As announced in an official stream, there will be one soon completely new level, or a new rank.

This is Ascendant: The new rank has the beautiful name Ascendant and is placed right between Diamond and Immortal – that is above Diamond but below Immortal. So Ascendant is then the second highest rank, which you can earn in “Valorant”. So see the three associated symbols then off:

When is Ascendant coming? It won’t be long now. Developer studio Riot Games wants the new rank with Episode 5, Act 1 introduce. The new act should on June 22nd to start, so next week Wednesday. In addition, three new skin bundles are coming in the Battle Pass and much more. 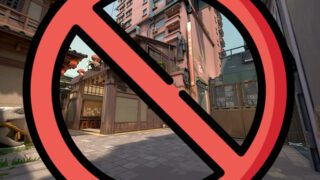 Valorant: Your favorite map Split flies out of map rotation

Why all this? Riot has stated that the new rank is intended to ensure that the Distribute players better and more evenly. There are too many people in the lower ranks, especially in bronze and silver. The new Ascendant rank is meant to add another to the upper tiers, equalizing the whole and at the same time the Preserve the prestige of the upper ranks.

But there will be another one soon further change, which is currently causing a sensation. This is about the new map Pearl. The fans eagerly await, however at the same time, the map split should then be completely removed from the rotation will. Which does not go down well with everyone, it is the favorite map of many fans.

What do you think of the introduction of the new tier and the map being replaced? Tell us in the comments.