What are Ms. Marvel’s powers and how are they different from Captain Marvel’s? 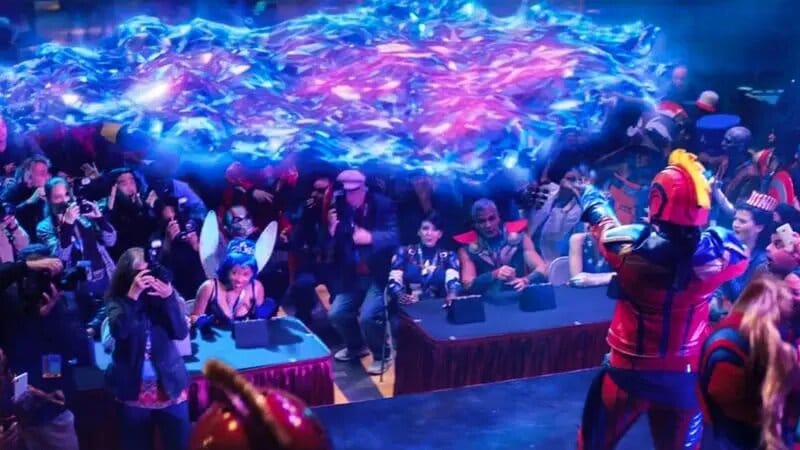 The newest MCU Disney+ show, Ms. Marvel, has introduced us to a new superhero, but what are her superpowers?

Ms. Marvel, one of the newest shows in the MCU, is about a New Jersey high school girl who looks up to Captain Marvel and wants to follow in his footsteps, becoming a hero in her own right along the way.

The show began premiering on Disney+ last week, introducing the world to Kamala Khan, aka the titular Ms. Marvel.

Since the series is a superhero origin show, we see Kamala showing off her new super abilities. Kamala has some great powers on the show, though comic fans will know that these powers have been changed for the series.

What are Ms. Marvel’s powers on the show?

In the series, Kamala is able to produce and manipulate purple and blue hued lights from her hands, which can form hardened crystal structures.

These powers are somewhat akin to Captain Marvel’s light blast abilities, which makes sense since Kamala reveres Carol Danvers so much, which is probably why Kamala’s powers were changed for the show.

With these abilities, Kamala can create steps in the air, giant hands to grab people, and these light structures can be fired like weapons at opponents. With these powers, she can save the popular girl in school, Zoe, from falling to her death, do the same to a little boy who is about to fall out of a mosque, and she can also fight DODC agents when they try to kill her. locate her.

Kamala impresses everyone at AvengerCon with her powers.

See also  Almost 350,000 people wrote fake product reviews on the three websites that Amazon has managed to shut down

These new powers are amazing to behold, or as Kamala herself puts it, they are “cosmic.” That said, her powers are not without their problems.

In the scene where she unlocks her powers while competing in a cosplay contest at AvengerCon, Kamala accidentally decapitates an Ant-Man statue, leading to subsequent chaos. She also has to fully master her powers, often groping for her ability to create rungs, leading to a rather surprising reference to Black Widow’s death in Episode 2.

Kamala’s powers on the show have been activated by a mysterious bracelet that has been passed down from her equally mysterious great-grandmother. This no doubt leads to a great thematic story about Kamala’s family and cultural identity, which has been the focus of the show, as Kamala is the MCU’s first on-screen Muslim superhero.

As stated by the co-creator and executive producer of the Ms. Marvel series, Sana Amanat, in an interview with decider: “Bisha, our head writer, and her wonderful team of writers, took that idea of ​​the bracelet from the comic, which is also connected to her family and the fact that it was passed down and meant something.

“To me that was very beautiful, because ultimately this story is about identity. And linking the bracelet to his family and to the root of his power is a really powerful statement.”

How are Ms. Marvel’s powers different from Captain Marvel’s?

Ms. Marvel’s powers seem limited to only being able to produce crystal light. As shown in Episode 2, she does not possess any super strength or speed, although this may change as the series progresses.

Captain Marvel is possibly the most powerful Avenger of all time

Captain Marvel, also known as Carol Danvers, has many more powers, including increased strength, stamina, agility, and durability. She can also fly, unlike Kamala.

So while Kamala wants to emulate Carol Danvers, they’re clearly not on the same level, though maybe that will change when they meet in the next Marvels movie.

What were Ms. Marvel’s powers in the comics?

While Kamala’s new powers have a lot of significance, these are obviously not the same powers that are in the comics.

Ms. Marvel’s powers in the comics stem from her latent Inhuman lineage, which is activated by the Terrigen Bomb in the Inhumans comic series. After being exposed to the bomb’s Terrigen Mist, she becomes polymorphous, meaning that she has the ability to stretch her body in almost every way imaginable.

Kamala could grow and stretch like Mister Fantastic, and her powers were often seen as a metaphor for puberty, as the teen hero was often grossed out by how drastically her body could change.

But according to Ms. Marvel lead writer Bisha K. Ali, the origin of Kamala’s power Dyed to be changed by the MCU. They declare to decider: “Keeping in mind that we’re doing a show for the MCU, which is 10 years of a storytelling network, but we’re fitting into [a world that’s] fundamentally different from the one in the comics.”

In the comics, Khan’s powers and the mist that unleashed them were created during the history of another super team, one that followed the Inhumans. However, after the failed ABC series Inhumans in 2017, the MCU basically ignored them. So, without the Inhumans in the MCU, Ms. Marvel inevitably had to get her powers some other way, hence the mysterious bracelet and powers of light.

Will Kamala’s powers be developed in the show?

Ultimately, until the show fully debuts, we may not be able to see the full extent of Kamala’s powers, or how these powers will develop as she trains more. Maybe we can even get a glimpse of her former stretching powers. Comic book fans can only wait.

The third episode of Ms. Marvel will arrive on Disney + next Wednesday, June 22. Read our review of Episode 2 here.