You really want to suffer in Elden Ring? – A mod turns every opponent into one of the worst bosses in the game 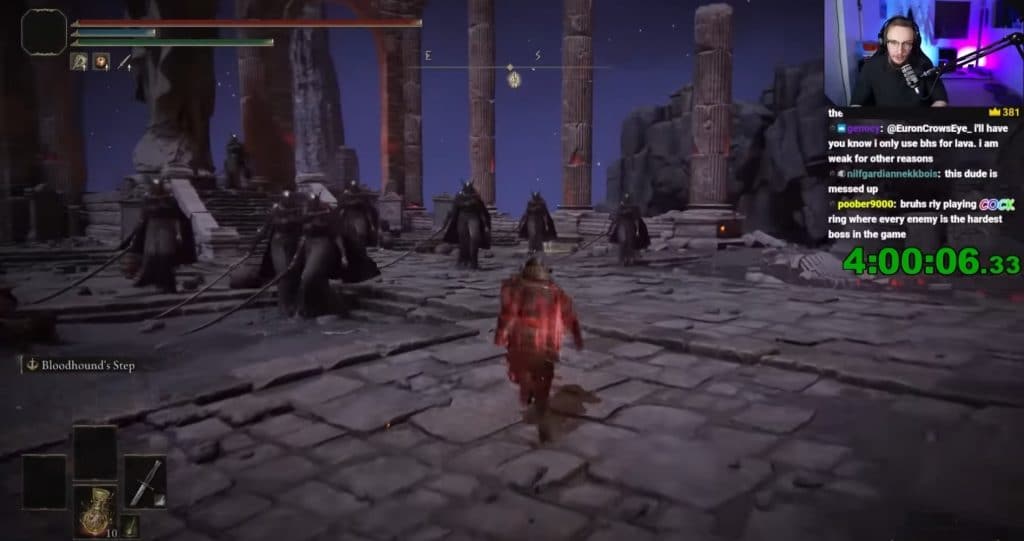 Renowned modder and YouTuber Bushy has set up a new challenge in Elden Ring. (Almost) Every opponent is transformed into the hardest boss Malenia by a mod.

This challenge is about: YouTuber Bushy is known in the Elden Ring community for his badass challenges. So he played the already difficult game only with a torch as a weapon or without ever having used a place of mercy.

His latest gimmick has targeted (once again) the optional boss Malenia, who has achieved near-legendary status with many Elden Ring players. She is considered one of, if not the, hardest boss in the game and has already driven many insane.

But now Bushy has decided that one Malenia is not enough for him and has fixed the problem with a mod:

The only exceptions are the Dung Beetles, which continue to act as walking treasure chests, and Invader NPCs.

While the mod undoubtedly makes the game a whole lot harder, it also makes for some hilarious situations where Bushy is being pursued and dismembered by a horde of women wielding swords. In the video on his channel you can see that even harmless dogs and sheep become Malenia:

In his recordings you can see that not every Malenia is equally strong. While the scaling is still brutal, some of them are weaker or have less HP depending on which opponent they replace.

Despite the difficulty, the YouTuber manages to complete Elden Ring in about 7 hours. He initially ignores the horde of women that is chasing him and collects items that help him in battles such as Golden Seeds, Holy Tears and certain pieces of equipment. So it’s not an impossible challenge.

How to get the mod: If you are also masochistic, you can download and install the mod yourself, provided you play on the PC:

Whole legends have meanwhile formed around Malenia itself. The developers From Software removed a popular Cheese strategy against her from the game and she was briefly invincible due to a glitch.

A player became a legend in the community for offering his help to others in the fight against Malenia.