Game Releases: There are two more major titles to be released this year [Gerücht] 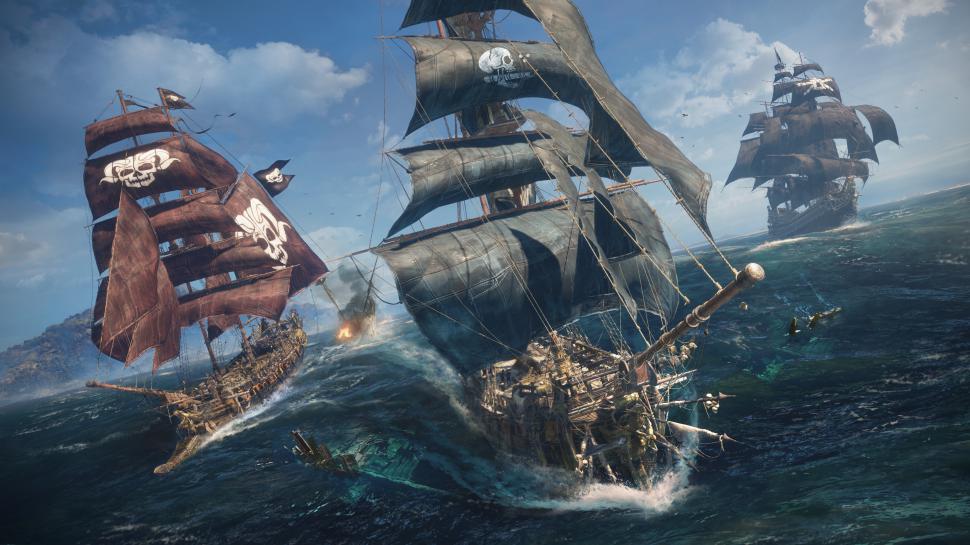 06/29/2022 at 5:41 p.m
from Oliver Jaeger –
The well-known and usually well-informed leaker Tom Henderson gave possible release dates for two major games that could still be released this year. On the one hand it is about the next Need for Speed, which is supposed to be called “Unbound”, and on the other hand Skull and Bones.

The year 2022 did not have the large number of game blockbusters to offer, which is certainly also related to the many release postponements by the developer studios, which in turn can also be seen in the context of the global crises of the recent past. However, as Leaker and Exputer author Tom Henderson now reports, it could happen that players can still look forward to two major releases this year.

Are NFS: Unbound and Skull and Bones coming this year?

On the one hand, there would be Need for Speed ​​2022, which could possibly be called Unbound, as it is currently haunting the rumor mill. Meanwhile, the arcade racing game of the well-known and long-lived Need for Speed ​​series is to be presented in July. According to Tom Henderson’s available information, NFS Unbound will have a feature called “Meetup” which, based on the functional description, is reminiscent of the autolog feature from the Need for Speed ​​Hot Pursuit remaster of Criterion. Drivers can meet and race across the map. The characters are meant to look similar to the TV series The Boondocks, so it’s a comic book style.

However, Tom Henderson wouldn’t be Tom Henderson if he didn’t know more about the release dates now. So he brings November 4, 2022 into play as a possible release date, which his sources are said to have confirmed. But that’s not all, because there is also a rumored date for the last FIFA game from Electronic Arts, FIFA 23, namely September 30, 2022. EA is also supposed to release its new football video game series “EA Sports FC”. want to introduce July. This will then do without a FIFA license.

For the other big title that could still be released this year, the possible release date is almost confirmed. This is about Ubisoft’s pirate game Skull and Bones, which according to current information should celebrate its debut before April 2023. However, the Twitter user “Aggiornamenti Lumia” put on June 28th a tweet by setting the Skull and Bones release date as November 8, 2022.

Tom Henderson has now published his own tweet with a green tick in response. Whether this is just the leaker’s approval of the rumor or the confirmation of the date remains speculation. However, it was already becoming apparent that a concrete release for Skull and Bones could be communicated soon, since the pirate game had recently received the “Mature” age rating from the ESRB. Skull and Bones would therefore be suitable for players aged 17 and over.