Call of Duty 2: Fans reveal what Remake could look like in Unreal Engine 5 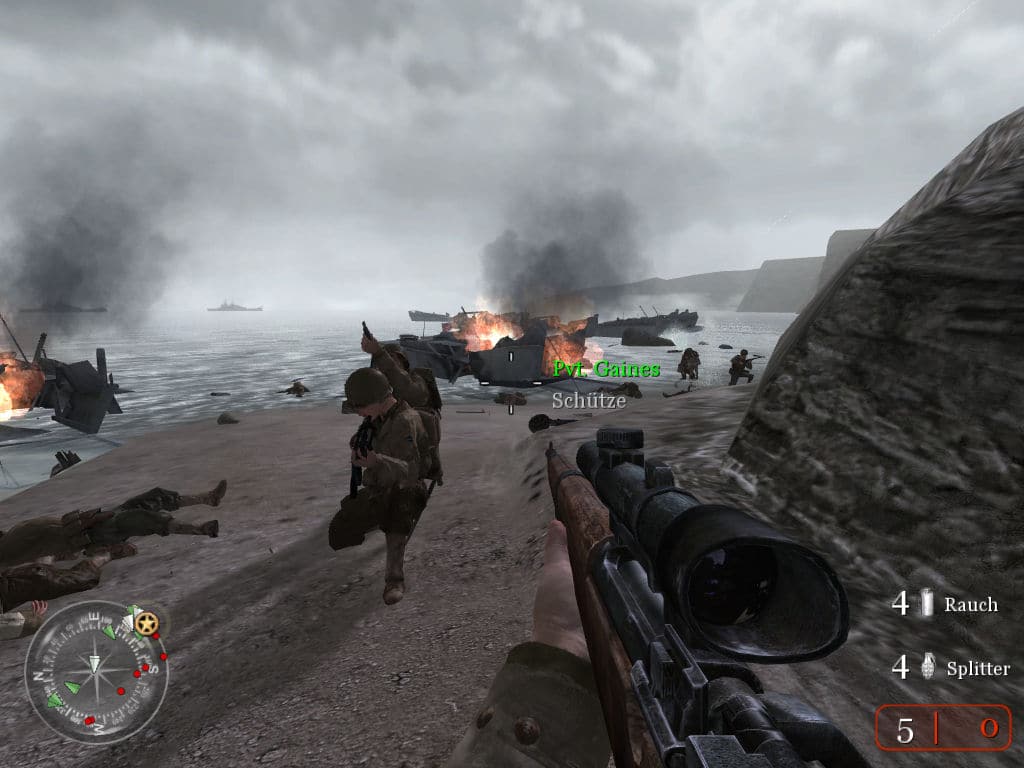 06/30/2022 at 08:02
from Sarah Petzold –
What could a Call of Duty 2 remake look like with next-gen graphics based on Unreal Engine 5? The TeaserPlay YouTubers asked themselves this very question and created an impressive video that shows why such a remake would have its charm.

Call of Duty 2 is still considered by many fans to be one of the best parts of the series. So it’s little wonder that some of them are longing for a remake of the classic shooter. So far they have been hoping in vain, but the YouTube channel TeaserPlay has at least once speculated what such a remake based on Unreal Engine 5 could look like – and the result may be astonishing.

Trailer in UE5: An Atmospheric Spectacle

The team behind the Call of Duty 2 UE5 Remake video (buy now ) writes on Youtube: “In this video we imagine how a remake of Call of Duty [2] might look like, great game we need now in next gen graphics. We tried to use all the power and features of Unreal Engine 5 to create this, including lumens, nanites, and ray-traced reflections for the weapons.”

The trailer looks extremely atmospheric in the revision: Reflections on the weapon barrels, realistic fire and smoke effects, detailed and destroyed surroundings as well as numerous, lovingly designed details in textures such as uniforms and vehicles make fan hearts beat faster.

See also  Elden Ring: This Legendary Talisman is a must for every magician

As TeaserPlay rightly points out, this Youtube video is just a fan project showing what a Call of Duty 2 remake could look like. Whether Activision Blizzard will actually decide at some point to publish such a new edition based on Unreal Engine 5 is not yet certain. But since we now know what would be theoretically possible, we hope that the publisher will give the go-ahead for a corresponding project.