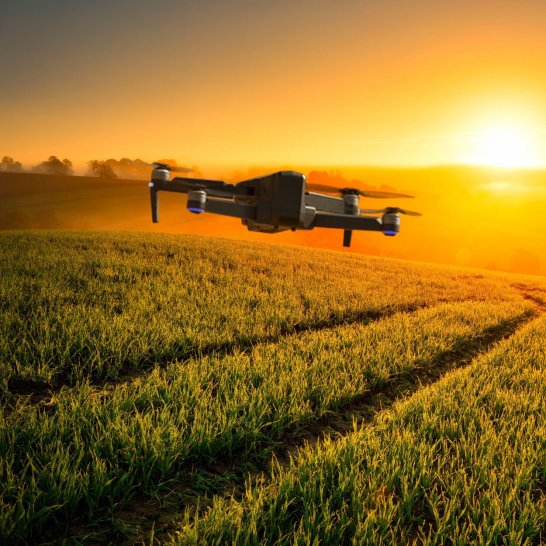 Amazon has announced that it will start drone deliveries later this year. It starts in Lockeford in the US state of California. According to Amazon, Lockeford residents are asked to help. Amazon would like feedback on delivery by drone. One would like to know how the drones dropped the delivery in gardens or backyards. Lockeford is set to become a pilot for Prime Air. In Germany, on the other hand, things are not quite there yet. Now the start-up “Emqopter” from Würzburg wants one Landing pad for transport drones develop and thus optimize parcel delivery.

As the Mainpost reports, a kind of helipad is planned to be built in the course of 2023. The central point is a fully automated drone port. The logistics are automated here, so that incoming packages are distributed to the drones by robots using feeding technology. The drone is first scanned from all sides using detection technology before a robot loads and unloads the drone. GPS and sensors are used for orientation. “Customers can either bring their shipping products from the street – or directly from the air with a delivery drone,” as Managing Director Nils Gageik explains in an interview. The landing field is to be built on the Main loop. In the future, there could be such a “drone mailbox” on any building, says Gageik. There is also the option of temporarily storing goods and bringing them into the building via a conveyor belt.

In addition, there will soon be some changes for drone pilots, as the EU will introduce a CE classification from 2024. Regardless of the CE class, every drone pilot must take out liability insurance. In Germany, even the rules currently contradict each other. These contradictions are only to be resolved with an upcoming revision of the Air Traffic Act. Although drones will then officially be allowed to fly outside of airfields, owners of private property still have the option of using private law to prohibit the launching of a drone on their property.

Also worth reading: Drone: Is it forbidden to use it outside an airfield?

Collection for the planned landing site for transport drones: