Featuring the popular video game series horizon with Aloy, Sony has achieved a huge hit for the PlayStation, which with Horizon: Zero Dawn (2017) got its start and with it Horizon Forbidden West (2022) continued for the PS5.

Meanwhile announces itself Horizon: Call of the Mountain for PlayStation VR2 another success with the large fan community. It should now be happy that the announced Horizon series from Neflix will start production shortly. In addition, a new title of the Netflix series has now been announced: Horizon 2074.

Shooting for the Horizon series will start in the summer

the Horizon series should therefore not adapt one of the games, but rather would like to new aspects around Aloy tell and at the same time show how it came about that machines destroyed the world and ruled mankind. This info comes from journalist and insider Jeff Grubb, who is already out internal sources would like to know something about Sony production. There is no official statement from Sony or Netflix.

The entries for the production of the series, which will start in August in Toronto, Canada and will last until March 2023, provide clues. So one could Launch of the Horizon series at earliest Late 2023/ early 2024 with the Netflix streaming service. 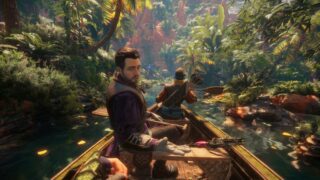 What is the Horizon series about? First story details leaked

The new Netflix series Horizon 2074 is based on Sony’s PlayStaion game series of the same name, but is supposed to new aspects the post-apocalyptic game world around Aloy explore. Thus, according to Grubb, one continuation of events are shown, with a focus on still unexplored aspects. Also are different timelines planned: One takes place around the time of Aloy and another one that takes us to the demise of the world will show.

Why Horizon 2074? In the game world of Aloys, the story begins about 1000 years after the extinction of mankind, which took place between 2064 and 2068. If the information about the Horizon series should be correct, then the apocalypse should have already taken place by the time of history in 2074. Nevertheless, the viewers and those who are not familiar with the games should get an insight into how the catastrophe came about and what effects it has on the world we know.

First cast: who becomes Aloy in the Horizon series?

So far, the studio and Netflix have been reluctant to decide who is responsible for them Leading roles in the Horizon series will come into question. Especially the Cast of Aloy might be the burning question for most fans.

In order to remember that as visually as possible original to come from the popular games, one would logically have to fill the template for Aloy. Because what many should not know, the Dutch actress Hannah Hoekstra was the model for Aloy and brought the popular character to life using motion capture. So it would be only too logical to take Hoekstra for the Netflix series as well.

We’ll keep you updated as soon as there is more to the cast and the series itself.