Will The Callisto Protocol be bloodier than Dead Space? 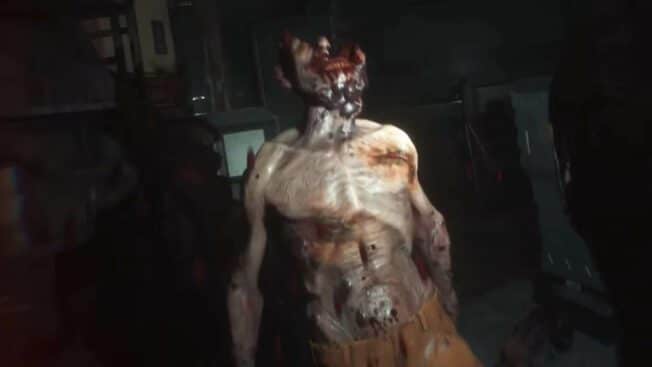 If the creator of DeadSpace says that The Callisto Protocol a lot bloodier and scarier than “Dead Space”, then horror fans widen their eyes. Because that is apparently the intention of Striking Distance Studios, like the producer Glen Shofield has now betrayed in a conversation.

The Callisto Protocol will be the first game from the newly founded Striking Distance Studios. But how spooky will the studio’s debut end up being?

The Callisto Protocol or Dead Space, who will win?

In terms of content, it takes us to the moon of Jupiter Callisto and the 300 years into the future. We’re going into one prison colony transferred. Yes in Blacksteel (Black Iron) Strange things happen and our protagonist wants the terrible occurrences Jacob Lee (played by Josh Duhamel) rather forget again.

Because everyday prison life is disrupted when the facility with a alien invasion faces. And not only that. The mysterious creatures even have them ability to revive. So we get to deal with undead adversaries who want to get at us.

The hair on the back of some people’s necks might stand up just by looking at the plot alone. But that alone is not enough to leave a lasting impression on horror fans from the video game cosmos.

But we already know today that “The Callisto Protocol” will not be for the faint of heart.

How scary will The Callisto Protocol be?

Game director Glen Schofield has now revealed to Eurogamer how we can rate the game compared to “Dead Space”:

“It has some very scary moments. It really has. We have a Gore engine and we built Gore technology. There is a lot of rendering. You dissect enemies into pieces, slice them with their bones sticking out, and so on.”

So we have to work the enemies in a pretty bloody way. And not only that. He assures that with each confrontation “pieces or parts of the face, parts of the head break off” and that the gore system is supposed to be a lot more advanced than that of “Dead Space”.

So get ready for extremely destructive enemies that you can take apart to your heart’s content. However, in “Dead Space” we can also remove the parts such as limbs of the opponents to a large extent. But the gore system of “The Callisto Protocol” probably relies on a finer decay, as it appears.

And how that works in detail in the end, we can already see for the release on December 2, 2022 Experience it yourself on PC, PS4, PS5, Xbox One and Xbox Series X|S.