BlizzardEntertainment plans the Spellbreak maker Proletariat to take over the staff of his online role-playing game World of Warcraft to top up This emerges from a report by Venture Beat.

The Boston-based developer studio Proletariat should be part of Blizzard. Its 100-strong team starts with the Working on World of Warcraft – including the Dragonflight expansion. The multiplayer game Spellbreak will not be further developed.

They want to increase the staff for “World of Warcraft” so that the Quality and timing goals can reach for extensions. As we have already reported, the Release of Dragon Flight for end of 2022 announced. 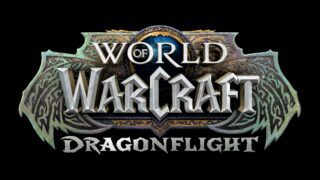 World of Warcraft: Dragonflight can be pre-ordered now, release in 2022

In the interest of the players

“We put players first in everything we do and work hard to meet and exceed their expectations”said Mike Ybarra, President of Blizzard Entertainment.

He goes on to say that proletariat perfectly fitto the to support Blizzard’s missionthe player* more often quality content to provide. For the time being, the focus is on Structure of WoW to help. We want to increase the amount of content.

The team of proletariat have been working since May with the “World of Warcraft” team so that the new extension Dragonflight may appear at the end of the year. The proletariat employees come from from developer forges of MMORPG; from Asherons’ Call, Lord of the Rings Online, and Dungeons & Dragons Online. In 2020 they had released the magician battle royal “Spellbreak”.

Seth Sivak (CEO of Proletariat) acknowledged that the game, although it received good reviewsnever the “Escape Velocity” reached to increase the number of users. This do not justify continued existence. The company has recently taken only a few updates left for the game before.

The players have little reason to be happy. Because the takeover by Blizzard means that Out for spell break. Like proletariat in one blog entry announced, the Server shut down in early 2023.