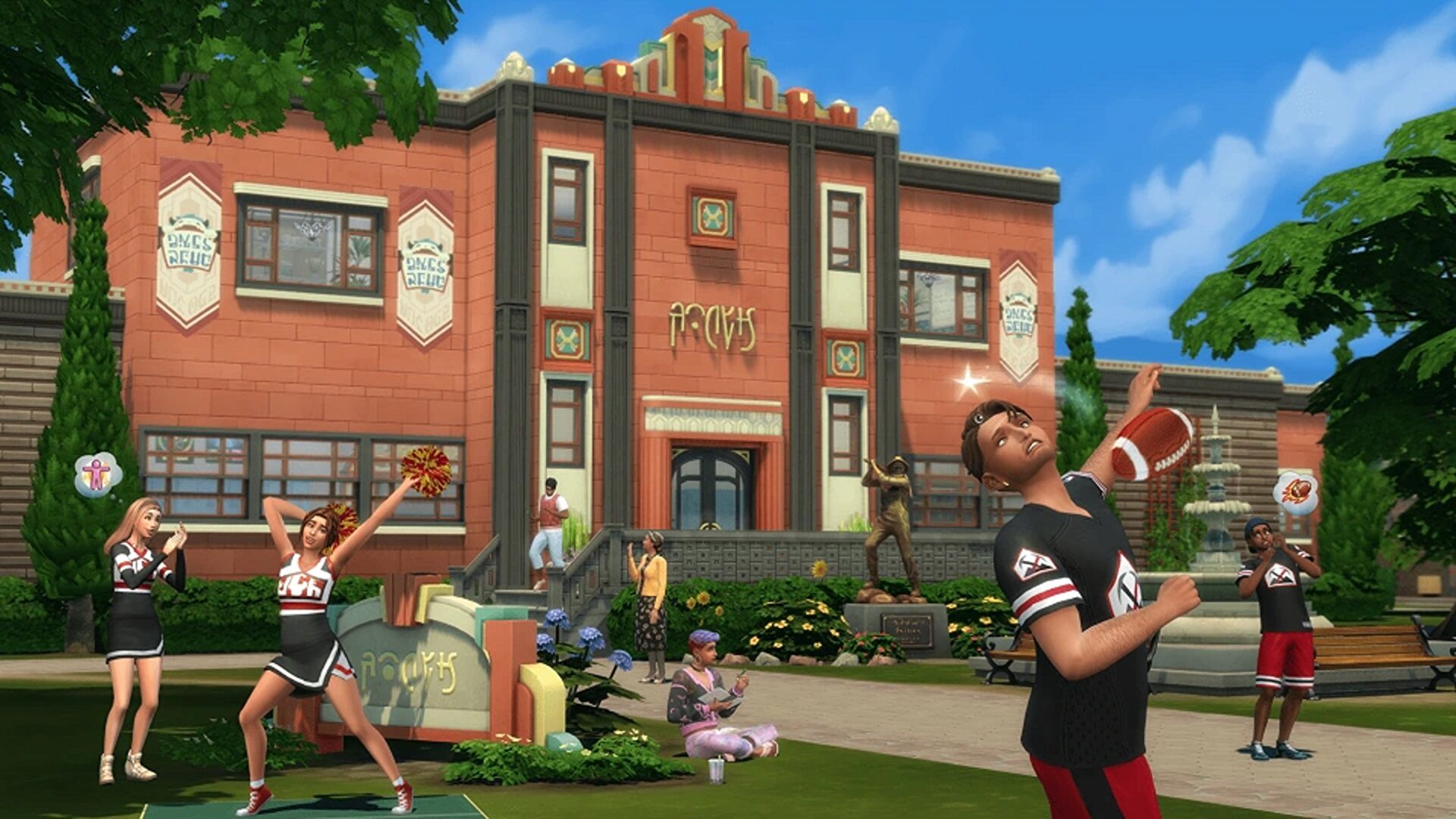 The pack promises to introduce staples of high school life like attending classes, getting detention, going to prom, and graduating, all as on-screen activities that the player can guide their Sims through. While there’s a fair bit of overlap with the series’ established college-themed expansion packs like The Sims 4 Discover University, giving this treatment to high school-aged characters is a franchise first, and something that’s been on the fandom’s collective wish list for a very long time.

As a full expansion, High School Years is set to be packed with other new activities, many of which take your Sims outside of the school grounds. You can grab a boba tea and then presumably puke tapioca all over the haunted house ride at the local pier amusement park, for one, and it looks as though the in-game social media options are going to be significantly expanded. The bonus items for early purchasers are themed around streaming, suggesting that Sims are going to be getting their own version of Twitch, too, which I’m honestly surprised they didn’t already have. The Sims has never been exactly shy about getting meta.

Other fun details spotted in the announcement by your resident fountain of Sims trivia include the long-awaited return of body hair options, so come next month your Sims won’t all have to be weirdly smooth from the neck down any more. And one character in the trailer uses rolling pronouns, an option that wasn’t included in the recent pronoun update, but would be really interesting to see added (even if said update is still a work-in-progress with some jank to be ironed out).

See also  No, New World doesn't need a restart like Final Fantasy XIV did back then

The Simlish school year is set to start on the rather unconventional date of July 28th, when The Sims 4 High School Years launches for £35/$40/€40.