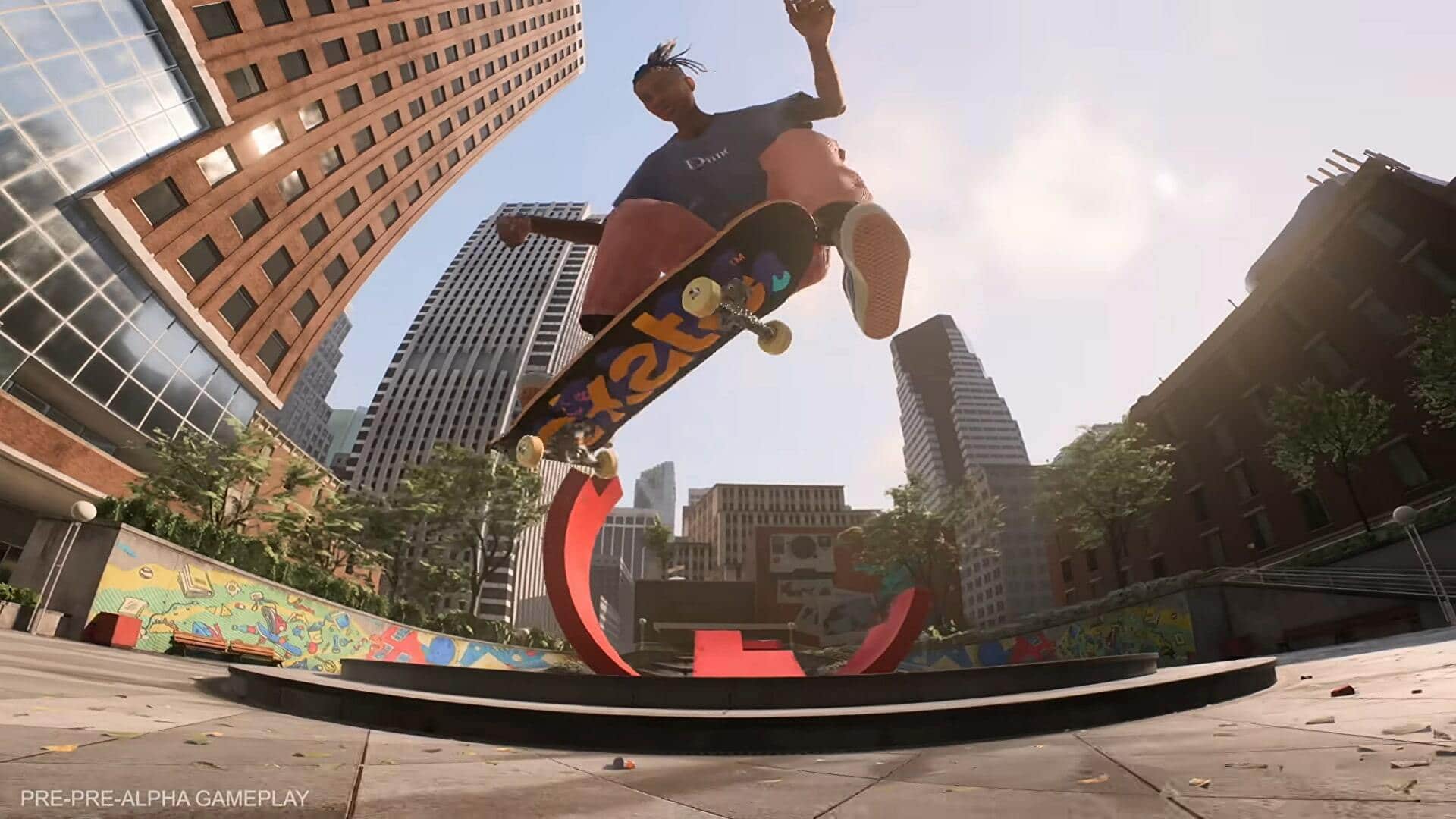 Get your knee and elbow pads ready, EA have finally rolled out some more information about its upcoming open-world skateboarding game, Skate. This is the first bit of news we’ve had since last year’s incredibly brief announcement and it’s in the form of a shin-shredding “pre-pre-pre-alpha” gameplay trailer.

“We told you we’re back, and we’re still working on it – but it’s time for you to see what we’ve been up to,” EA said. “It’s still early, but we want to get this right and that means we want you to be a part of it.” Don’t be put off by the fact it’s labeled as an early-early-early-look, there’s still lots stuffed in the trailer’s one and a half minutes to get excited about. Have a look at the video below to check it out.

So yeah, it definitely looks like Skate is still in very early production (many of the environments and characters are still lumpy, textureless shapes), but we get a good look at the most important part of the game: the skating.

Tricks look clean and precise, with the video showing plenty of slick kick-flips, ollies, and rail grinding. There are also parkour elements with player characters running up walls, jumping off rooftops, and swinging from beams. Looks like the list of ways your ragdoll skater can break every bone in their body just got a whole lot longer.

If you’re hyped about getting stuck in, EA are taking sign-ups for Skate’s closed beta testing. They say that there’s no guarantee of how soon you’ll be able to play, but the Skate Insider Q&A says that the playtesting schedule will evolve as development progresses pointing to the potential of more testing opportunities in the future.