Blanc for Switch looks so incredibly cute it scares me 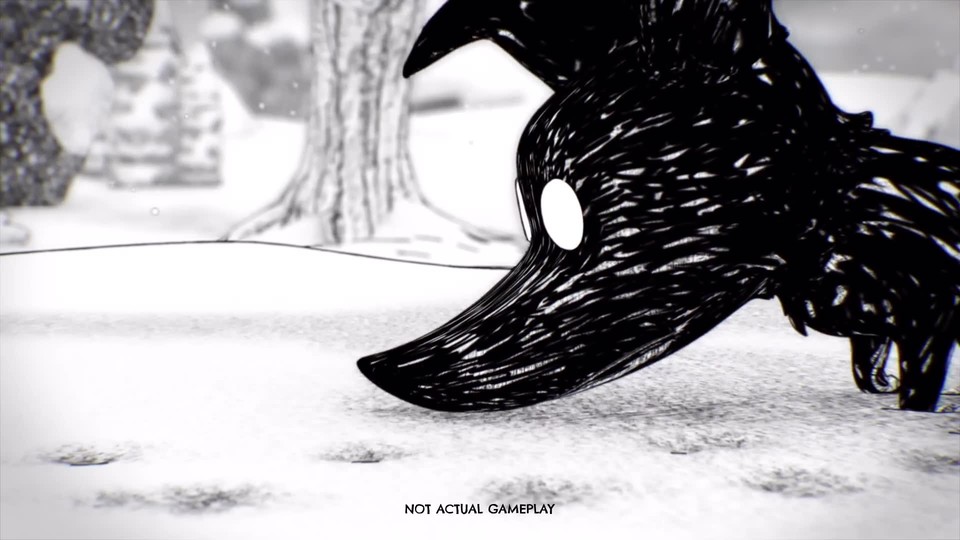 
Blanc – Experience a wonderful adventure with an unlikely pair of animals

As part of the new Nintendo Direct Mini, a small emotional adventure called Blanc was announced in addition to big games. The trailer not only shows a beautiful style with two cute protagonists but also solves one question: Will both animals really survive the adventure?

Basti has played enough such adventures in recent years not to assume that a tragic event is waiting for him. He doesn’t want to get involved in the story again, only to end up being left in wailing misery. On the other hand, games reminiscent of Journey, Borther: A Tale of Two Sons and Co. are right up his alley.

Between beautiful style and fear of death

That’s what Blanc is all about: You play an unequal animal pair either alone or in pairs in couch co-op or online co-op. Because a fawn and a young fox have to travel together through a snowy world to find their families again. To overcome the obstacles, they combine their skills. The special thing about the adventure is the hand-drawn style. The entire gameplay is kept in a pencil look in black and white and exudes a unique charm.

Can both of them really survive? I honestly can’t imagine it. The trailer goes too far into the aspect that this is an emotional adventure. Blanc should also do without any text and tell the story solely through visual scenes.

That’s why I can’t help but play back what could happen to the two animals in my head cinema. We might see how the fox breaks through on an ice floe and (almost) drowns or the fawn is shot and we just have to save ourselves. These would all be scenes that would trigger a lot of emotions in me even without text.

But right there I just hope that the developers would opt for a more child-friendly variant. Maybe I’m just too pessimistic now and always think of the worst. I’ll probably end up playing Blanc anyway, simply because the style and gameplay appeal to me.

For more announcements from the Nintendo Direct Mini, click here:

All announcements at a glance

Blanc is scheduled for release in February 2023 for the Nintendo Switch and PC.

What do you think: will the fawn and the fox really survive the adventure together to the end?