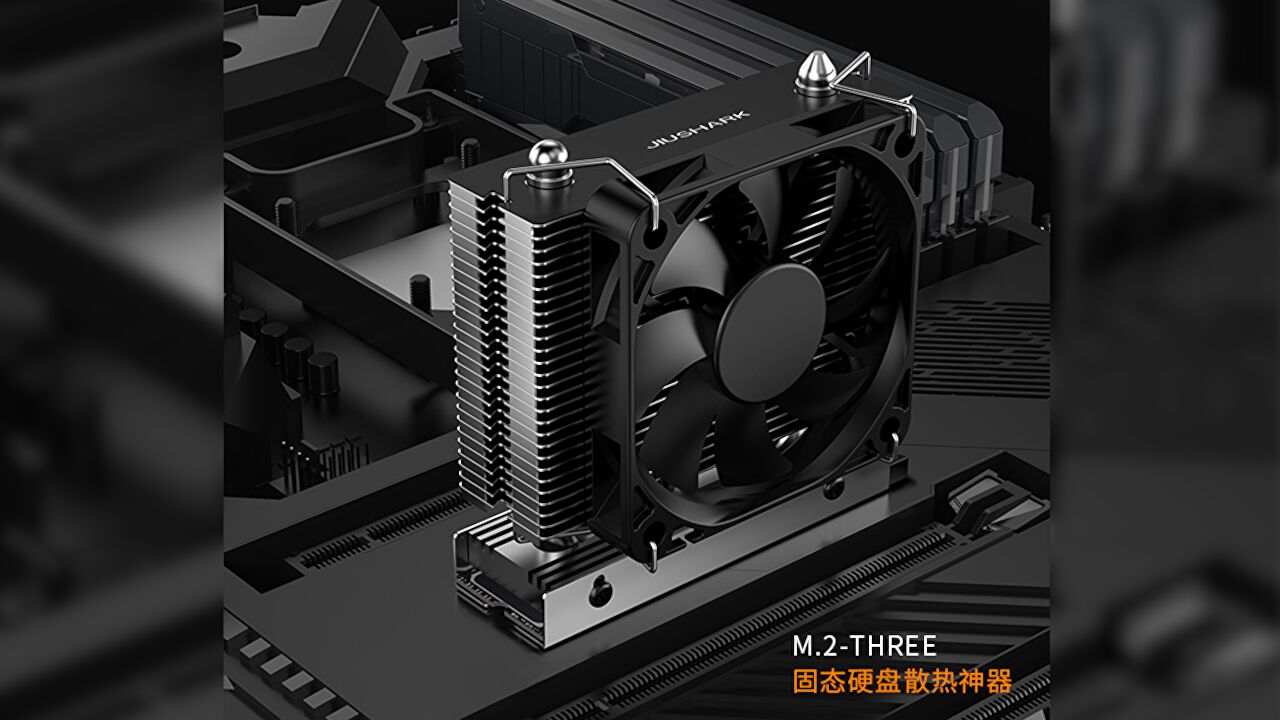 This week, far too much of my brainspace has been occupied by the JiuShark M.2 Three: a tower-style cooler for NVMe SSDs that’s just launched in China. Honestly, look at it. For days I’ve been absorbing these images of a baby CPU air cooler, yoked to the dinkiest of PC storage, and I still can’t decide if it’s brilliant or just sheer crawling madness.

Except, in the not-so-distant future, there’s a chance that active SSD cooling won’t seem so excessive at all. That’s because PCIe 5.0 drives are coming and, while they’re set to outpace even the best SSDs that use the current-gen PCIe 4.0 interface, it sounds like such speed will come at the cost of higher temperatures. And, in turn, a higher risk of throttling.

Right now, the M.2-Three is largely unnecessary, if not impossible to fit in certain PC setups. PCIe 4.0 and even some PCIe 3.0 SSDs can benefit from a little cooling help, but current passive measures – attachable heat spreaders and the like – have proven adequate, while M.2 slot positioning on some motherboards can leave graphics cards blocking the space where the 82mm-tall M.2-Three would need to sit. It’s cute, in a way, but it’s not that small.

Anyone wanting to get in early on PCIe 5.0 SSDs, however, may need to make room. Sebastien Jean, chief technology officer at storage makers Phison, sees “more deliberate and robust cooling mechanisms down the line” for future SSDs, and has previously told StorageReview that prospective PCIe 5.0 owners should consider a heatsink “at minimum.” Phison themselves have demoed an unnamed 5.0 SSD that hit 4.0-shattering sequential read speeds of over 12,000 MB/s, as well as sequential write speeds of over 10,000 MB/s. The power draw difference is currently estimated at about one extra watt for every GB/s of additional speed, so with this more intense thirst it makes sense that the upcoming drives will run hotter.

Hopefully not so hot that they can’t manage with more discrete, passive heatsinks, otherwise active coolers like the Jiushark M.2-Three and the jet engine-shaped ElecGear M11 could end up demanding space in your rig. And again, I’m not sure if that’s a good thing or not, unless you wanted to pretend you were a giant installing a normal-sized CPU cooler.