Joey’s Jungle is back on YouTube introducing a new project 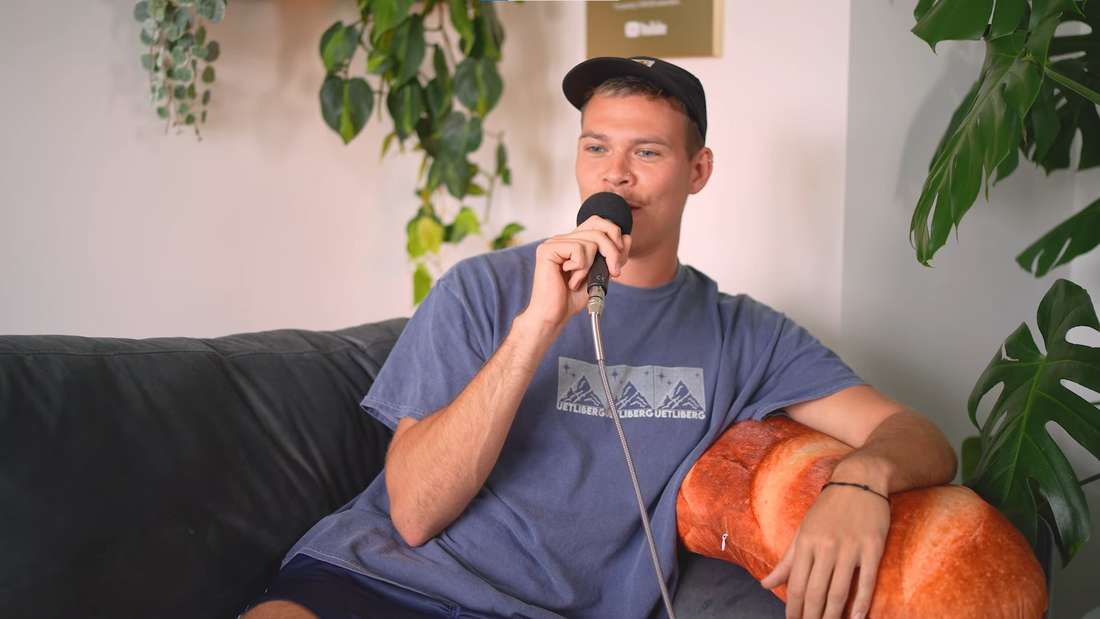 After months of hiatus, Joey’s Jungle is back on YouTube. This is what the future looks like for the influencer.

Cologne – The YouTuber and Instagram influencer Joey’s Jungle from Cologne is surprisingly back with a new video on his YouTube channel after a month-long absence. In the video he speaks for the first time about his illness and his decision to end his YouTube channel. In the comments on the video, his fans react very understandingly and benevolently. At the end of the video, Joey’s Jungle announced a new project for the future.

Joey’s Jungle: That’s behind the end of his YouTube channel

Who is Joey’s Jungle? Joey’s Jungle’s real name is Josef Buchholz and he works as a web video producer and influencer in Cologne. Since 2015 he has regularly produced videos on his channel in the field of comedy and entertainment. Buchholz started making skateboard videos on YouTube in 2013 until he shifted the focus to comedy and challenges. He often appeared in front of the camera with well-known German YouTubers such as Rezo or Julia Beautx.

See also  Buy PS5 from OTTO: After an early June drop – when will there be supplies again?

What happened? In February 2022, the influencer released a farewell video on his channel, Joey’s Jungle, which apparently marked the end of his career as a YouTuber. However, on July 1st, 2022, Joey’s Jungle surprisingly uploaded a new video to his channel entitled “Why I Had to Leave YouTube”.

What is his video about? In the video, Joey’s Jungle talks about his time off and why he decided to end his career on YouTube. In his video, he reports on nervous breakdowns, violent migraine attacks and states of anxiety. He shared the pressure of conforming to the social media algorithm, one’s own expectations, and the expectations of his audience. Other successful streamers who are no longer active on YouTube, such as the Lochis, also report such symptoms. According to his own statements, Buchholz repeatedly ignored physical warning signals for years, until he finally suffered from severe burnout in February 2022 and decided not to continue operating the channel.

In addition, Joey’s Jungle says that he was ashamed of his sexuality for a long time because he was repeatedly exposed to homophobic statements from his environment and parents during his childhood and youth. However, the amount of positive affirmation on social media made him feel accepted. Thus, over the years, he has given his work as an influencer a higher priority than his family, his studies or his circle of friends.

Joey’s Jungle: This is how the YouTuber’s career continues

What’s next for Joey’s Jungle? At the end of his video, the Cologne influencer announces his new podcast project that he started with Julia Beautx. In his video, however, he left open how his YouTube channel will continue and whether he will continue to produce content on this platform. Finally, Buchholz thanks his viewers for their long loyalty and is happy to want to start a new chapter in his life. Above all, he wanted to be more careful and take more care of himself.

Although Buchholz does not address the topic directly, it is possible that no further videos will follow on his channel Joey’s Jungle for the time being. He seems to see his time on YouTube as a closed chapter and doesn’t want to fall back into his old ways.

How do his viewers react in the comments? There is a lot of positive feedback in the comments below the video. Overall, the influencer is shown a lot of appreciation and many viewers say thank you for the past few years.

Joey’s Jungle: Burnout and overwork are not uncommon among influencers

Mental health is a very important topic: The fact that YouTubers, streamers and influencers revise themselves due to the great competition and the enormous pressure is now becoming more and more common. As a result, many influencers reach the limits of their mental resilience until they are forced to take a break. For example, earlier this year, MontanaBlack took a break from Twitch.

Mental health as an issue is still not taken seriously by many people today. Young people in particular tend to ignore the body’s warning signals and often only seek help very late. If you are not feeling well mentally and you are looking for help, sites on the internet like psychenet.de help to find a contact person quickly and anonymously.