2012 was a good gaming year. hit like Borderlands 2, Diablo III, Dishonored or Far cry 3 saw the light of day and inspired countless players. However, one title was able to stand out from the crowd in a special way: Lollipop Chainsaw.

In which Hack’n’Slash by cult developer SUDA51 you put yourself in the role of julieta scantily clad High school cheerleadersusing a chainsaw and your lover’s severed head hordes of undead to save your school and ultimately the world.

It played just as crazy as it sounds and quickly became one Cult Classic. Since the game at that time only for PS3 and Xbox 360 appeared, it is difficult to catch up today. But that is about to change again in the near future.

That was the reason for the announcement tenth anniversary from Lollipop Chainsaw. The remake is being developed by Dragami Gamestheir CEO Yoshimi Yasuda is. The team probably consists of some employees who were also involved in the original. Of the release of the game is for 2023 planned.

According to Yasuda, the project came about because the developers at the time felt it was important:

“We, the original developers of Lollipop Chainsaw, consider the game very valuable to us and didn’t want to leave it in limbo where players who want to play it can’t do it. So we acquired the intellectual property of Lollipop Chainsaw from Kadokawa Games and decided to develop a remake. We have already been in contact with Warner Bros. about the development and they will support us in this endeavor.”

When it comes to implementation, you want to be close to the original, but there are also difficulties, such as Yasuda continues:

“One thing we have to say to fans of the original game is that although the original game staff are working on the remake, there will be elements that will be different than the original. For example, in the original game, 16 licensed songs were used in the soundtrack, but unfortunately it’s difficult for us to implement them all this time. Therefore, apart from a few licensed tracks, the soundtrack will consist of new music. Also, since we have access to higher spec consoles, we will be taking a more realistic approach to the graphics this time around.”

So while we have to do without some songs in the remake, we can look forward to more realistic zombies and character models set to. One can be particularly curious to what extent the provocative design of protagonist Juliet is maintained or changed. 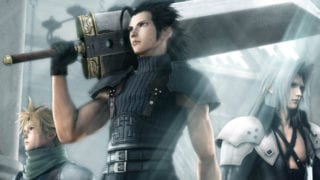 What do you think of the plans? Are you excited for the Lollipop Chainsaw remake? Tell us in the comments!