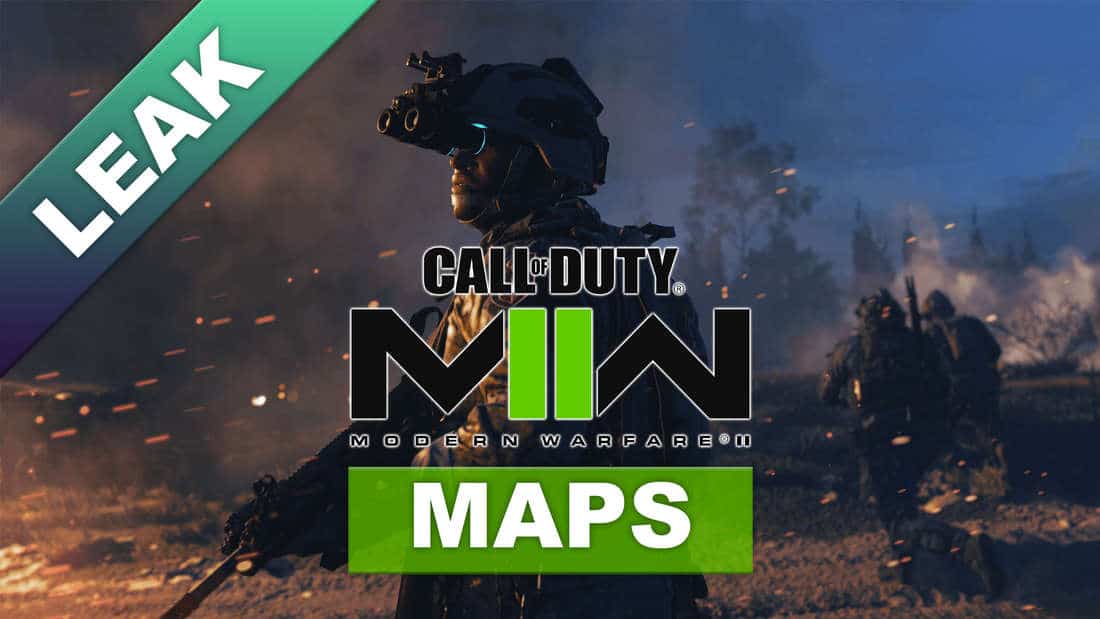 Modern Warfare 2 is scheduled to be released this year and the first details have already been leaked. There should be 15 maps in the Activision shooter.

Update from 04.07.2022: That was fast. The Twitter account leaking the Modern Warfare 2 maps has been banned. This is a strong indication that the images shown were real. Otherwise Activision would not have reacted so quickly and sensitively. So the list of leaked maps from Modern Warfare 2 below should also be correct.

Modern Warfare 2: Maps leaked – this is what the maps look like

Original message from 07/03/2022: SANTA MONICA, CA – Among the AAA titles still slated for release in 2022, Modern Warfare 2 is at the top of many fans’ wish lists. Activision’s shooter aims to bring the series back to its former glory. Now, however, the publisher made an embarrassing mistake. A dataminer found maps from Modern Warfare 2 and leaked them directly. We’ll show you.

These maps are available according to the leak: After the announcement of Modern Warfare 2, many fans rolled over with anticipation. Since then, however, it has become quiet about Infinity Ward’s new shooter. The multiplayer of Modern Warfare 2 in particular raises many questions. A map leak now brings some light into the darkness. According to a dataminer, there are the following 15 maps in Modern Warfare 2:

The leak contains not only the names, but also the first pictures. We include the Twitter thread in which the list of maps was leaked here. You can find more pictures in other posts from this account.

Is the map leak true? Of course, the leak cannot be verified 100%. However, well-known and reliable insider RalphsValve commented on the post with a meaningful emoji. This suggests that the leaked maps are actually included in Modern Warfare 2. Nevertheless, enjoy the pictures with caution.

Modern Warfare 2: The most important information

How did the data miner get the maps? The way the data miner “RealiityUK” got the data for the maps from Modern Warfare 2 should be uncomfortable for Activision. The files were hidden in the code of the Warzone Mobile Alpha. A circumstance that has caused malice among many insiders. In addition to the images of the maps from Modern Warfare 2, the Dataminer also found drawings for maps of the next Call of Duty from Treyarch Games – which should not appear until 2024.

This glitch is due to the fact that from Modern Warfare 2 all parts of the series use the same engine. Accordingly, the maps are not the only thing that was leaked about Modern Warfare 2. RealiityUK was also able to take a look at the shooting irons. In another article you will find all weapon leaks for Modern Warfare 2. Because of the nature of the leak, you can expect such information to accumulate in the near future. If you don’t want to miss anything, check out our Modern Warfare 2 themed page. There we will always inform you about the latest happenings around the game.