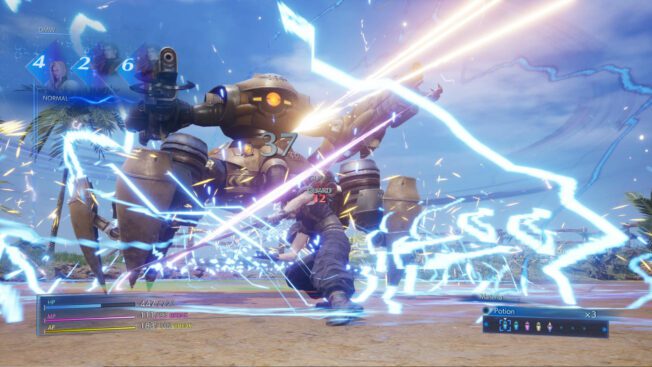 Square Enix recently launched a PSP title remaster Crisis Core Final Fantasy VII announced. the Next gen version with the additional title “Reunion” will come up with innovations in some places, which we summarize for you in this article.

What can we expect in Remaster: Crisis Core Final Fantasy VII Reunion?

If we take a look at the remaster in advance, it truly is quite a few updateswho experienced the original here. The most obvious fact, which we shouldn’t underestimate, is probably the fact that we’ve only been able to enjoy the game on the small Sony handheld so far. And that’s about to change now that the game is making a leap to the big home theater screen. After all, it appears for all next-gen consoles.

That is new: It was clear beforehand that we would be dealing with a HD graphicsa new arranged soundtrack and a revised one user interface get to do. And now we know that the Music by Takeharu Ishimoto is arranged.

But that too combat system should be improved. Square Enix now refers to it as a “new and menu-based combat system”. In addition, there is talk of one improved camera and optimized character movements. So Zack will move like never before.

And the best? Square Enix promises one new voiceover – everywhere and additionally where there were only text-based sequences so far. That means we’re comfortable with one fully voiced game get to do.

See also  After Elden Ring and Horizon: Which games are you still looking forward to in 2022?

It seems as if we are dealing with a coherent overall package. Crisis Core Final Fantasy VII Reunion will be released in Winter 2022 for the PS4, PS5, Nintendo switch, Xbox One and Xbox Series X|S.