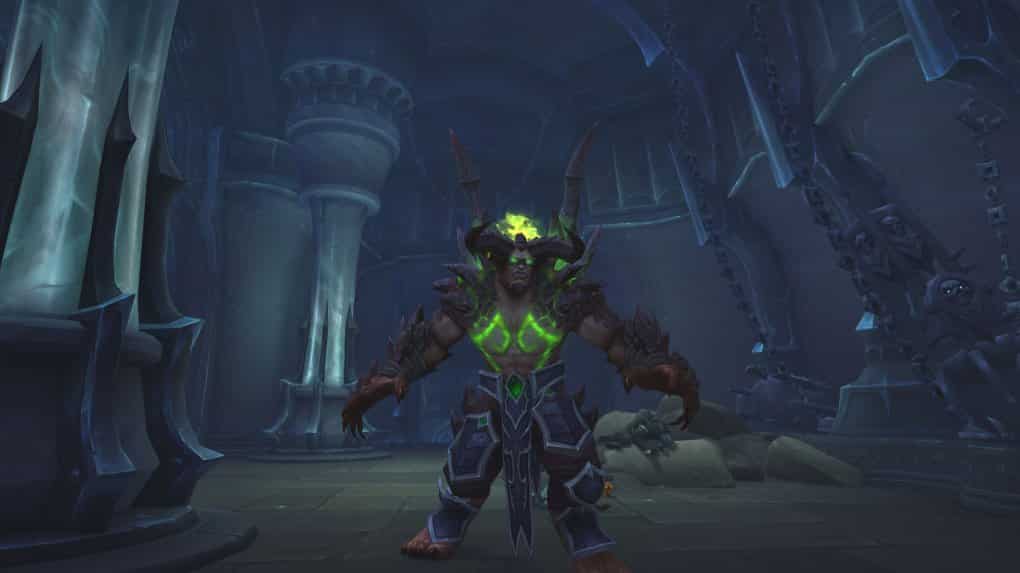 The demon hunter is in a special situation facing Dragonflight. While the Monk was most likely designed with the Cataclysm talent trees in mind in the first concept phase, the youngest class in WoW history was created in an environment where there was only the talent matrix. In addition, the demonic glaive wielder is less than six years old and, unlike most other classes, has had comparatively few skill or talent losses.

So, on the one hand, the developers have very little material to draw from when designing Dragonflight’s new Demon Hunter talent trees. On the other hand, the nimble front-line soldier also brings less ballast with him; which can lead to more creativity and truly new talent. On the next two pages, we’ll tell you what improvements we’d like to unlock through the Dragonflight progression for Vengeance and Desolation.

From our point of view, one goal of Dragonflight’s new talent trees must be to eliminate the current weaknesses of the demon hunters. Not all at once, of course. But distributed in the respective talent trees in such a way that we can decide: Which weakness can we live with and which weak point do we want to turn into a strength?

A third specialization
If Blizzard wants to blow our minds, all the devs have to do is add a third specialization out of nowhere. The question is: healer, caster or ranged melee? What do you say?The devastation demon hunter has a number of construction sites that throttle its damage potential in the shadow lands. This starts with the fact that he is a melee fighter and has little opportunity to achieve high damage numbers from a distance. Stupid when opponents really hurt at times in close combat or when they are constantly on the move and you hardly get “uptime”.

If demon hunters can cause damage with their glaives, the next neck blows are already waiting for them. Their single target damage is meager no matter what upgrades they choose in the talent matrix. The situation is similar when it comes to constant cleave damage to two or three snuggled targets. With more enemies, it looks a little better when they’re with firebrand aura, Glaive Storm, eye beam and Elysian Decree be able to get everything out. With six or more opponents, however, the inadequate scaling of the AoE skills is noticeable again.

We think the new talent trees should give us the ability to focus on single target or group damage with the Ravager, and if we choose a path then we need to be top of the line in that area as well. But that doesn’t just work because Blizzard provides us with the appropriate talent, the designers also have to tackle other construction sites.

Such is our championship Demonic Presence e.g. a bad joke because the secondary stat only increases the chaos damage dealt. Many attacks such as firebrand aura, demon bite, blade dance or Throw Glaive do no chaos damage at all. In general, Blizzard should look at the scaling of the secondary values ​​again, because demon hunters benefit much less from increasing these values ​​through equipment than other classes – which is always a problem later in the addon.

Spending almost the entire fight in demon form thanks to the new Dragonflight talents would be very sexy. Must look great with dragons and demons fighting side by side.

The interaction is also unfortunate Demonic and metamorphosis. As cool as it is to keep changing into demon form, balancing our most important, because only, DpS cooldown becomes difficult when such a passive talent is linked to it that automatically turns us into demon form again and again.

Currently, metamorphosis doesn’t feel powerful enough, and otherwise there’s no way to increase damage enormously for a short time. If Blizzard were to buff the ability, that would of course be great for us demon hunters. Because with this one buff, Blizzard would also buff all demonic transformations at the same time. All other classes would probably throw up for this – especially with regard to the PvP area.

A possible solution is to give us a second DpS cooldown. For example the old one Chaos Blades, which increased our damage by 30 percent for 18 seconds. While the effect was active, Basic Attacks also dealt 150% more damage, as Chaos damage. Sounds lame, but it’s effective.

It would be much more exciting if Blizzard designed an alternative way of playing around the demon form, which lets us fight our enemies almost continuously as a demon and where we get access to new spells that also cause damage at a distance, which we already do by the way mentioned problem of all front-line soldiers would defuse. Wouldn’t it be cool to see dragons AND demons fighting side by side in the raid?

Wow: Preparing for WotLK Classic – this is how you farm gold in TBC Classic now

In this WoW guide, we’ll tell you how you can currently earn a lot of gold in TBC Classic – in preparation for WotLK Classic.

Wow: Alliance Hall of Fame is full – but still open

Although the Alliance Hall of Fame in WoW is full, successful guilds continue to earn achievements and titles.

And since we’re on “Make a wish!” are. We did a little digging in the forums and came across more player requests. For example, some players hope that First bloodshed and devil blade will end up in the spellbook without talent activation. Others wish that Bladedance became more important, perhaps through a return of Azerite power Spinning Blades (Blade Dance deals additional damage, and for each enemy hit by the final blow, the cost of your next Blade Dance is reduced by three Fury).