Apple: Pre-order the MacBook Air 2022 with M2 from Friday 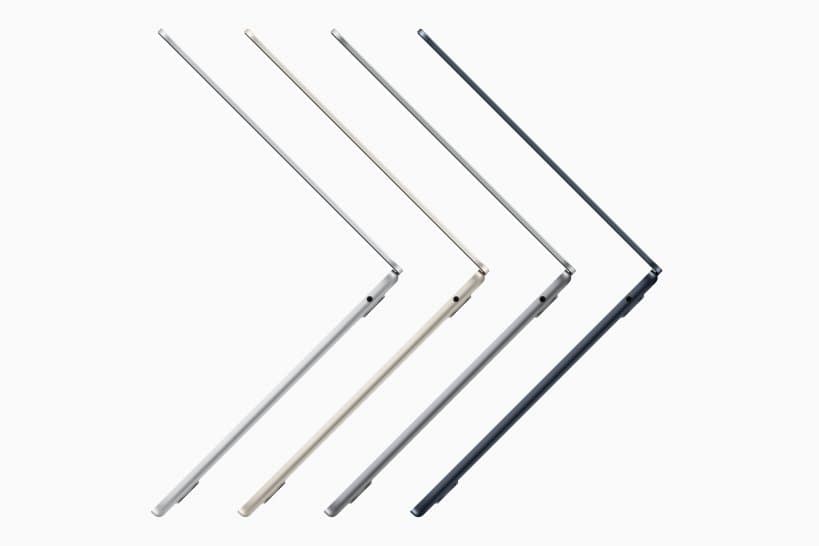 In June, Apple presented new MacBooks with the new Apple M2 chipset at the WWDC developer fair. The new MacBook Pro with the Apple M2 recently had to prove itself in a test. Parallel to the Pro model, Apple also announced a new MacBook Air with an M2 chip. It is now clear that the new, lightweight notebook can be pre-ordered from July 8th. The prices start at around 1,500 euros or just under 1,385 euros for the education sector with appropriate proof. The MacBook Pro with 13 inches and M2 chip costs from 1,560 euros.

Magsafe makes a comeback in the Mac

Compared to its predecessor, the volume is said to have decreased by 20 percent, the thickness is 11.3 mm and the weight is only 1.2 kilograms, according to the manufacturer. In addition to the well-known colors of silver and gray, the new MacBook Air is also available in midnight and polar star. The Magsafe magnetic charging port is making a comeback on MacBooks, which can be used to charge the device as an alternative to the two Thunderbolt USB-C ports. When paired with a separately available 67-watt USB-C power adapter, MacBook Air supports fast charging up to 50 percent in 30 minutes.

Content is displayed on a 13.6-inch LCD display with a maximum brightness of 500 candelas per square meter. A full HD camera is available in the notch for video conferences and the like, and thanks to the image signal processor in the M2, the video image should look better than in the predecessor. A 4-speaker system including microphones is integrated between the keyboard and the display. In the Apple M2, four efficiency cores and four performance-tuned cores take care of the computing work with a package power of 22 watts. Compared to the Apple M1, the successor is larger and packs 20 billion instead of 16 billion transistors into the 145 square millimeters. In addition, Apple has increased the clock rates of the performance cores to 3.5 GHz in the M2 chip. According to Apple, the MacBook Air should offer a battery life of up to 18 hours of local video playback.

Also worth reading: Apple MacBook Pro in the test: What can the new edition with the M2 chip do?

Collection for the new Apple MacBook Air with M2 chip: