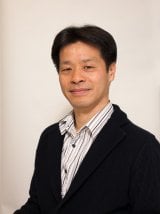 So there’s a lot of work in the thing. How much that the makers have changed and what else there is to know about Crisis Core: Final Fantasy 7 Reunion, we were able to discuss in an interview with the developers. We answered questions: 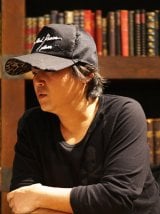 A few years ago, Square Enix released a whole range of Final Fantasy 7 spin-offs. Why did you choose Crisis Core for the current remake and not one of the other games?

It’s very important to find out more about Zack. He also features in the Final Fantasy 7 Rebirth trailer, with people wanting to know how he will impact the ongoing story. That’s why Crisis Core was a good choice for a remake or remaster. Of all the spin-offs, Crisis Core is simply the best for a reboot. For example, Before Crisis was a mobile game, so on very old phones, not even smartphones.

A remaster wouldn’t be enough, it would have to be a complete remake. That would have been difficult to implement. The other “big” spin-off besides Crisis Core, Dirge of Cerberus, is story-wise set after the events of the original Final Fantasy 7.

So now is not the right time to do a remake or a remaster here, the remake of the main game is not yet complete. How we’re going to finish it, how we’re going to bring the story to a close, we’re logically not revealing at the moment.

See also  Ubisoft: The Ubisoft + subscription service is coming to the Xbox, Rainbow Six Extraction will be part of the Game Pass on Xbox and PC


Jumping now to a story that takes place after the end of the game would therefore not work. So Crisis Core is the only game that currently needs a remake, that’s why we chose the game.

Sato: The Story of Crisis Core Reunion (buy now €59.99) stays true to that of the original Crisis Core. We didn’t change anything about the story or the timeline.

So the new Crisis Core is linked to the original Final Fantasy 7 but not the remake?

How the story ends up, where it’s going, is a huge mystery, so I can’t give you a direct answer. However: Crisis Core’s story is relevant to the original Final Fantasy 7, it takes place in the same timeline, but it is also relevant and part of the remake trilogy’s timeline.

So the games are not independent of each other. Unfortunately, I can’t go into more detail at the moment without spoilers.

Crisis Core’s graphics have been significantly overhauled. Have you been held back in any way by the fact that it’s a 15 year old PSP game?

Sato: Without a doubt, the original Crisis Core had limitations that held the game back. We definitely had to put a lot of work into the character animations for the new edition. Animations used to be very limited, combined with the new graphics and high-resolution character models would make them look cheap in Crisis Core Reunion. So we had to work a lot on that.