Do you remember ‘The Big Crawl’? This co-op adventure brings back memories 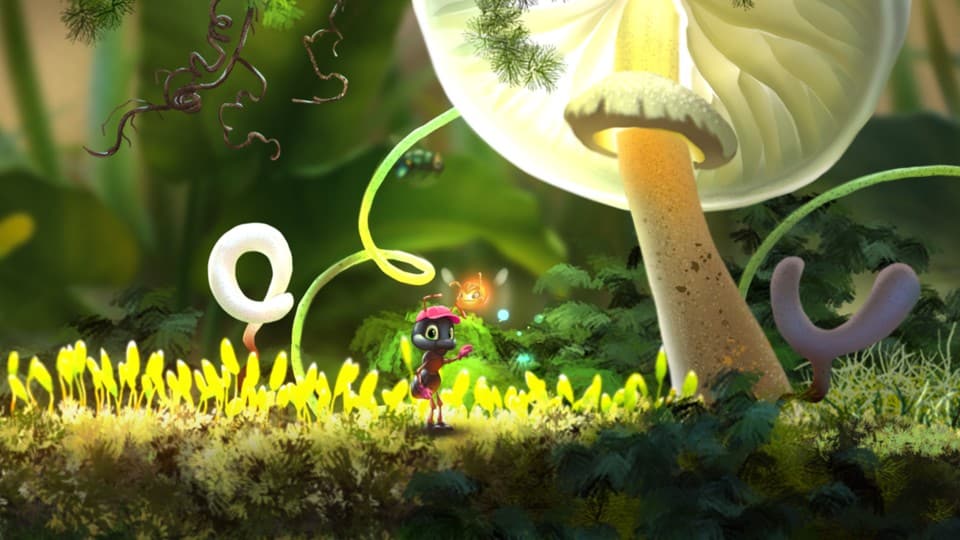 “Now I’m finally a beautiful, colorful butterfly!“. If the words of Caterpillar Gustl, spoken by Ottfried Fischer, still ring in your ears, then you are probably also fans of Pixar’s animated film “The Big Crawl”. The insect adventure about the clever inventor ant Flik was One of my favorite films in the late 90’s and of course, … of course I also played the 3D platformer A Bug’s Life on the PS1 up and down.

But how do I get into the game now? The trigger is the release of Mari and Bayu: The Road Home, which you can check out in the trailer above. In the puzzle adventure for PC, which will be released on July 19, Mari is also an ant, the great heroine. And since the game awakens such pleasant memories of Gustl, Flik and Co. in my mind, I would like to introduce the sidescroller to you.

A (co-op) adventure for the whole family

With Mari and Bayu a 2D platformer awaits you, which you can play either in single player or in co-op with another person, whereby you control the little ant and her cute companion separately.

According to developer Skinny Bandit, the adventure is suitable for the whole family. The playful core of the game consists less of fighting and more of solving small puzzles and jumping passages. But that doesn’t mean that there aren’t any big opponents waiting for you. In the trailer above we see, among other things, a not too small spider. who here Fear of the eight-legged friends should therefore better avoid the game or hand the controller over to a helping hand in good time.

See also  Halo Infinite: At the end the Master Chief receives a mysterious message, but the cutscene has been deleted

Here are a few more pictures from the game:

When I discovered Mari and Bayu yesterday, it was like a pleasant trip back in time. Back to one of my favorite animated films, back to ‘The Great Crawl’, which I not only watched in the cinema when it was released in 1999, but also countless times on video cassette. A Bug’s Life was also one of my favorite PS1 games because I was able to replay the film interactively.

I’ll definitely take a closer look at the new co-op adventure starring the ant and the golden fly (?) when it’s released. The whole thing looks like shallow jumping fun, with which you are sure to have a good time together for a few hours.

Do you still remember ‘The Great Crawl’ and all the funny scenes with Caterpillar Gustl?